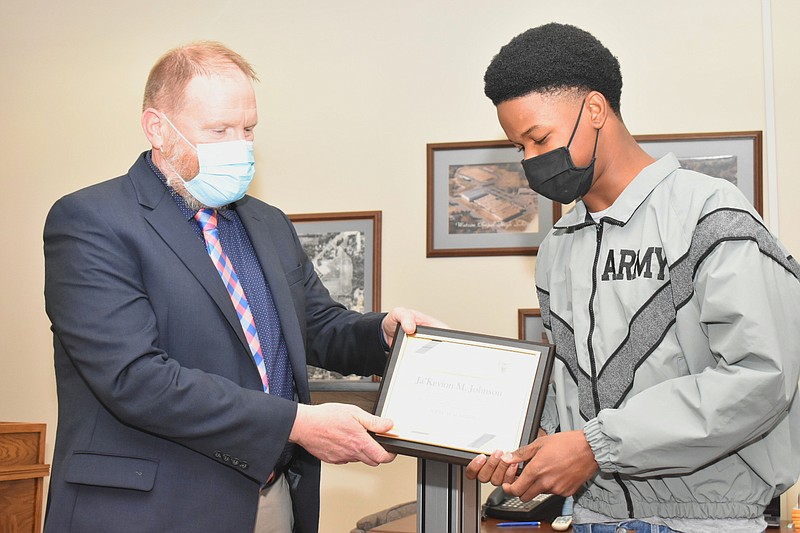 Andrew Curry's contract as Watson Chapel School District superintendent was extended by a year -- just months into his new role.

District board trustees voted unanimously to add a fourth year to Curry's contract, which took effect July 1. Curry succeeded Jerry Guess, who had led the district since 2018. Curry is paid $142,356 annually.

"The beginnings of changing the culture have gotten started here," he said. Signs of the culture change, he added, can be seen in "academic improvement, facility improvement and fiscal integrity."

District officials last month introduced a plan for a new high school campus to be constructed at the site of the junior high school, which first opened in 1945. Curry said he is waiting on the state Legislature to fund the estimated $18,573,147 project, which has been approved by the Arkansas Department of Education's Division of Public School Academic Facilities and Transportation.

The ADE would fund 78.419% of the cost, or $14,564,876, according to district officials. Funding is expected to be announced in May, at which time Curry and district leaders plan to ask voters for a millage increase to cover the remainder of the cost.

The current millage rate for Watson Chapel is 34.1, the only sub-40 rate in Jefferson County.

Curry also announced plans for a public relations campaign advertising the district to potential enrollees and their families, an idea the board has tabled to discuss further.

School Board President Sandra Boone called Curry a visionary who works to get to know other district employees.

"He wants to work well with everybody, and it shows," she said.

Actual scores have not been released, but Sanders explained that the Renaissance software program used for Star Assessments shows teachers how each student has progressed.

"That's kind of our thermometer check to see, OK, this is how you did on the standards," Sanders said. "It even shows what month and what grade your score falls in. An eighth-grade student, for instance, should be scoring 8.1 -- eighth grade -- or higher in August, and so you want to check in the middle of the year if they're making progress, so that score should be 9.1. That gives the teacher a better idea of whether the students learned the standards we're teaching."

"The problem we run into -- 'Aw, it's just another test. It doesn't count for anything,' because it's not like an ACT where it counts for college entry, but it is important for us to measure their progress," Sanders said. "Once we got them to understand the 'why' behind Star testing -- plus some incentives -- they got on board."

Assistant Superintendent LaDonna Spain said Johnson earned the honor because he epitomizes what a student should be.

"Ja'Kevion is academically astute, and his conduct is laudable," Spain said. "He is one of the eighth-grade JROTC Cadets. He serves in the capacity of the logistic supply coordinator."

Junior high English language arts teacher Marchelle Knight and custodian Juanita Washington were honored as certified and classified employees of the month in the district.

The district tabled a vote to purchase telephone service from Granite Telecommunications, asking for further review of the package it is offering. John Hayden, the Watson Chapel School District director of support services, informed board members of a need to upgrade the districtwide telephone system to the Voice over Internet Protocol technology. Once approved, installation would take 30 to 60 days, Hayden said.

The Education Department's Division of Career and Technical Education awarded Watson Chapel High School $33,203.14 toward the start of a pre-educator curriculum. The school filed one of 72 approved applications to receive part of $2.5 million in state start-up grants to assist with the development of new CTE programs of study.

Curry's contract extension was the only personnel move addressed. 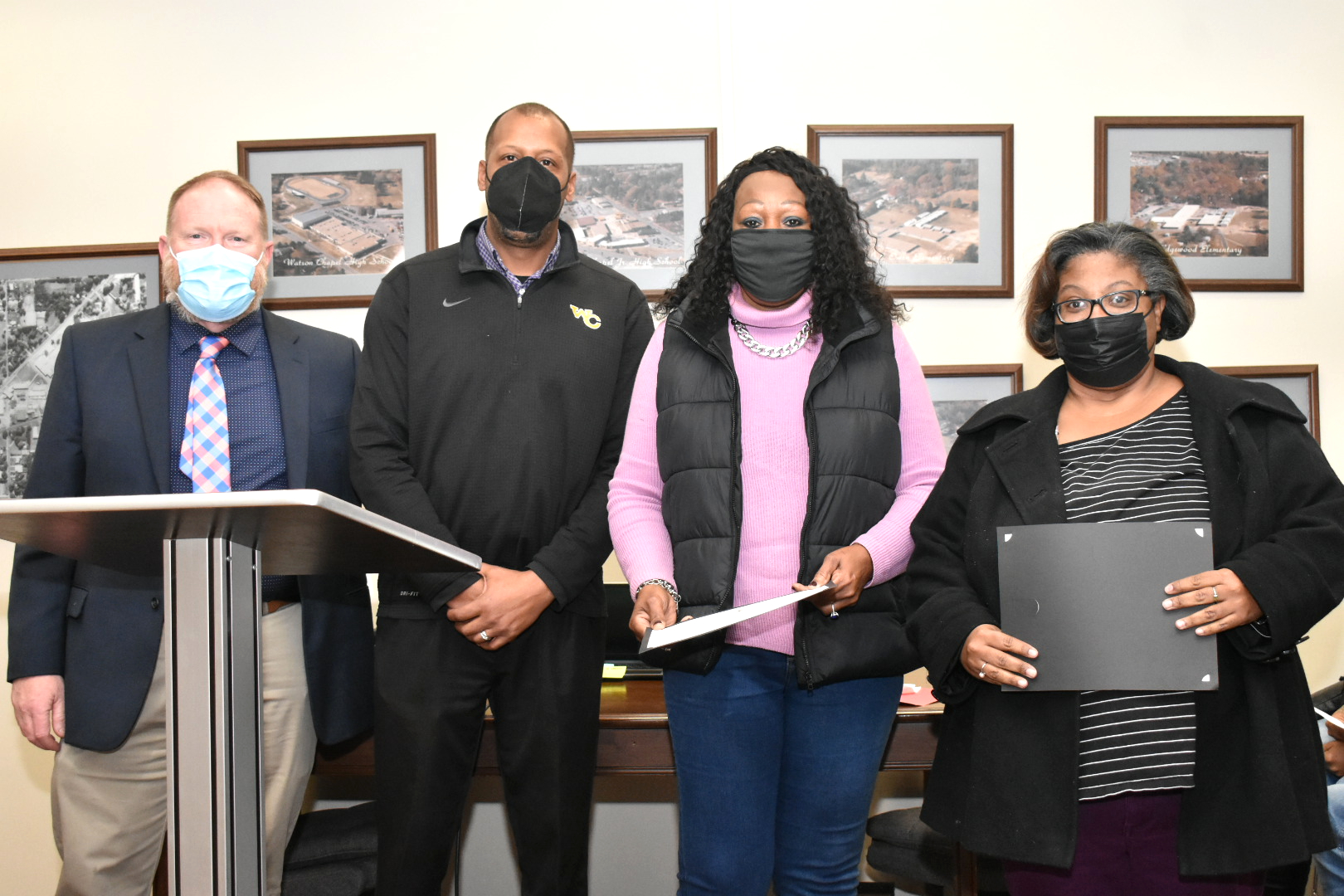