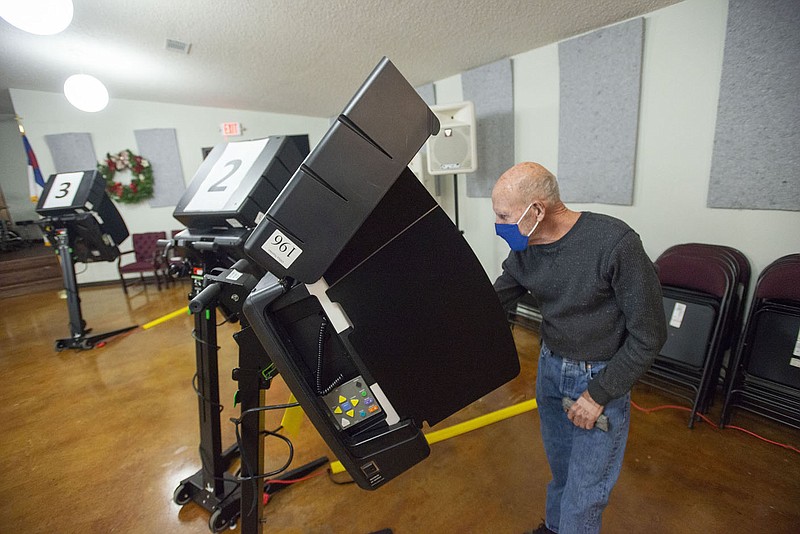 Ricky Stowers of Fayetteville votes Tuesday Jan. 11, 2022 in the special primary runoff election for filling the vacancy in the office of state senator for district 7 at the Awakening Church in Fayetteville. The general election will be held on February 8, 2022. Visit nwaonline.com/220113Daily/ for today's photo gallery. (NWA Democrat-Gazette/J.T. Wampler)

Fulfer faces Democratic nominee Lisa Parks of Tontitown in the Feb. 8 special election, the first contested election for this seat since 2012.

Political newcomer Steve Unger and Fulfer emerged from the four-candidate Republican primary on Dec. 14 with the most votes. No candidate won a majority in the primary, triggering the runoff. Fulfer is a former Springdale City Council member. Unger is a retired U.S. Navy captain.

"The first thing I want to say is that Steve Unger is a friend and a good man who I hope will continue to seek office at the state or local level," Fulfer said.

"I think we came out of the primary with a lot of momentum and that Republicans, conservatives and independents will coalesce around our campaign and carry that momentum into the election."

Unger said he respects Fulfer and will support him.

Unger's priorities in the campaign included support for vocational training, improving the electrical grid and state correction and prison reform.

Final though unofficial results in Tuesday's runoff were:

Fulfer came within 100 votes of winning the race outright in the Dec. 14 primary out of 2,972 votes cast between the four candidates. Yet Unger closed the margin and came within 75 votes of Fulfer in the runoff.

The candidates who did not make the runoff were former state Rep. Jim Bob Duggar of Tontitown and retired engineer Robert "Edge" Nowlin of Fayetteville. Parks, an attorney, defeated rival Derek Van Voast of Springdale, founder and chief executive of a nonprofit company, in her primary.

Election records show 858 people voted in the Dec. 14 special Democratic primary, less than a third of the Republican primary's turnout.

District 7 includes most of Springdale and Johnson plus southern Tontitown, all of Elkins and Goshen and parts of Fayetteville. The district stretches to the eastern border of Washington County and touches both the northern and southern county lines.

The last contest between a Republican and a Democrat in District 7 was in the 2012 general election. Republican nominee Rep. Jon Woods of Springdale won that race with 64.8% of the vote against Democratic nominee Diana Gonzales Worthen of Fayetteville. Woods is currently serving an 18-year federal prison sentence for taking kickbacks in return for state grants he helped arrange while serving in the Legislature.

Woods dropped out of his 2016 reelection bid before he was indicted for fraud. Eads, a state representative at the time, replaced him after winning the Republican primary that year. Eads ran unopposed in 2020.

The state has 35 Senate districts. State senators serve a four-year term and receive a base salary of $42,438. They also receive per diem and reimbursement for expenses. 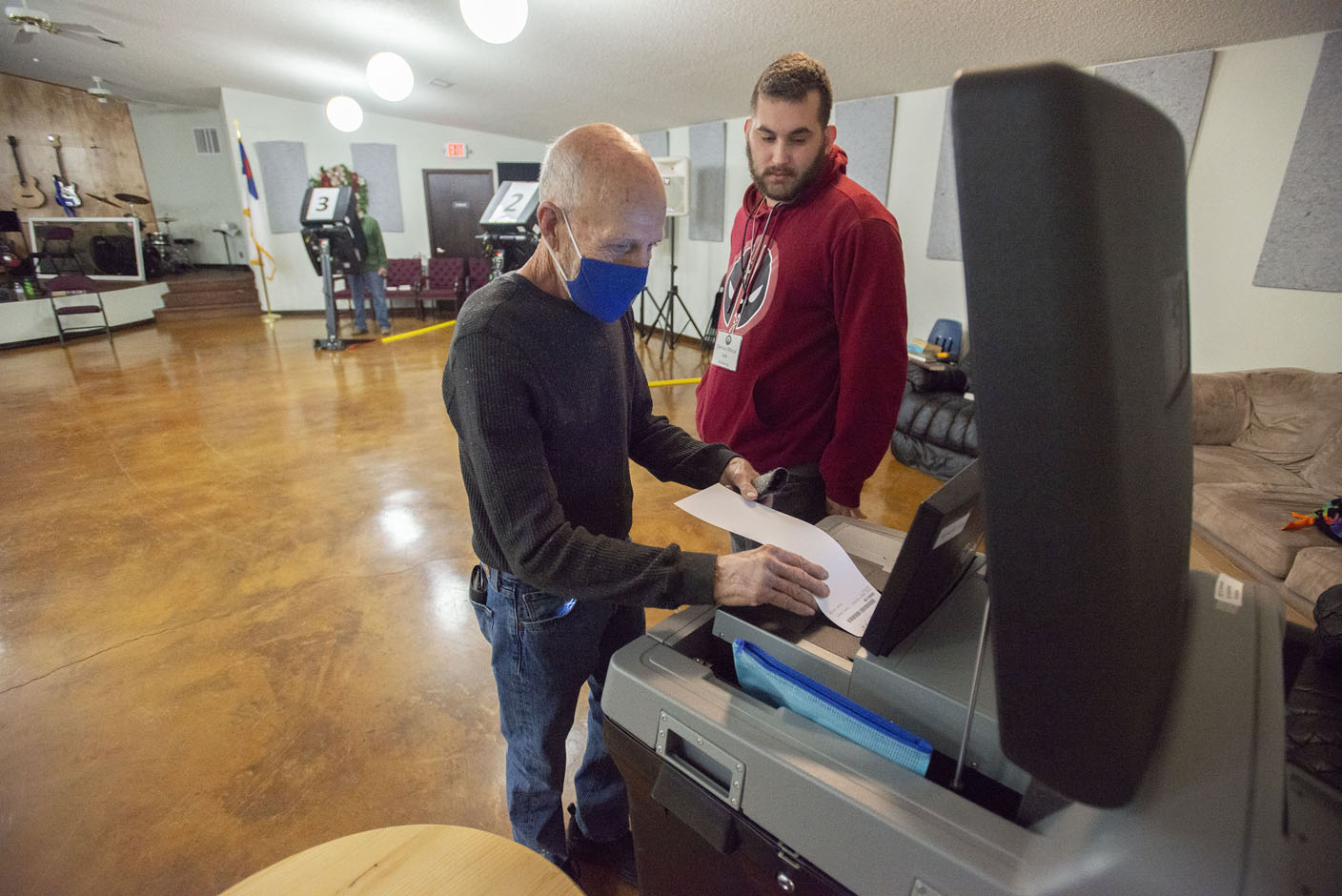 Ricky Stowers of Fayetteville (left) drops his ballot with the assistance of election official Seth Bryant Tuesday Jan. 11, 2022 in the special primary runoff election for filling the vacancy in the office of state senator for district 7 at the Awakening Church in Fayetteville. The general election will be held on February 8, 2022. Visit nwaonline.com/220113Daily/ for today's photo gallery. (NWA Democrat-Gazette/J.T. Wampler)