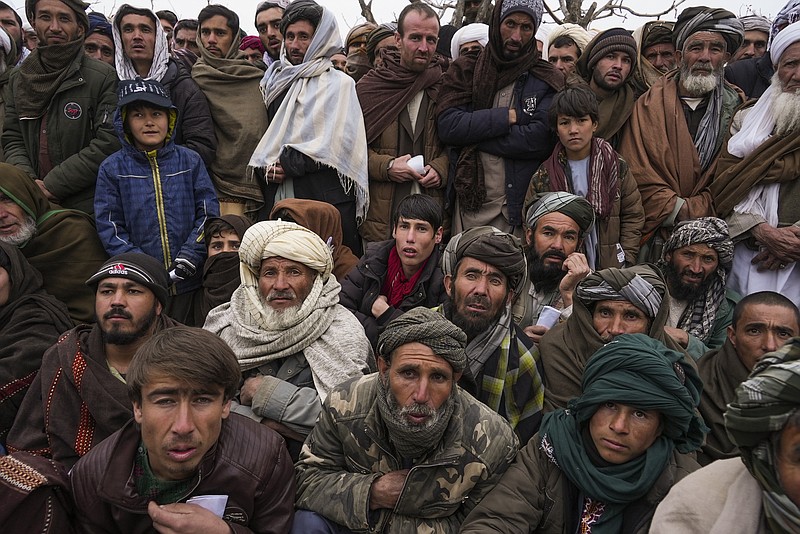 FILE - Hundreds of Afghan men gather to apply for the humanitarian aid in Qala-e-Naw, Afghanistan, Tuesday, Dec. 14, 2021. In a statement Tuesday, Jan. 11, 2022, the White House announced $308 million in additional humanitarian assistance for Afghanistan, offering new aid to the country as it edges toward a humanitarian crisis since the Taliban takeover nearly five months earlier. (AP Photo/Mstyslav Chernov, File)

WASHINGTON -- The United States on Tuesday announced $308 million in additional humanitarian assistance for Afghanistan, offering new aid to the country as it edges toward a humanitarian crisis since the Taliban takeover nearly five months ago.

The country's long-troubled economy has been in a tailspin since the Taliban takeover. Nearly 80% of Afghanistan's previous government's budget came from the international community. That money, now cut off, financed hospitals, schools, factories and government ministries. Desperation for such basic necessities has been further exacerbated by the covid-19 pandemic as well as health care shortages, drought and malnutrition.

The International Rescue Committee, a global humanitarian aid organization, said community health workers it supports have reported seeing a sharp increase in the number of children with severe acute malnutrition in Khost and Herat provinces. The group also reported that food prices in Afghanistan have risen 10% to 20% compared with the previous five years.

The committee's president and CEO, David Milliband, said the "cause of today's humanitarian disaster is clear: the economic tourniquet applied to Afghanistan."

"It is way past time for a change of approach," he said.

The USAID called on the Taliban to allow "all aid workers, especially women ... to operate independently and securely" as humanitarian groups look to assist those suffering.

[Video not showing up above? Click here to watch » arkansasonline.com/112aid/]

"The United States continues to urge the Taliban to allow unhindered humanitarian access, safe conditions for humanitarians, independent provision of assistance to all vulnerable people, and freedom of movement for aid workers of all genders," the agency said in a statement.

The new Biden administration commitment brings U.S. humanitarian assistance to more than $780 million since the chaotic ending of the 20-year war in August. In addition, the White House pledged that it would send 1 million additional covid-19 vaccine doses, taking the total to 4.3 million.

Additionally, Israel has donated $500,000 to the United Nations for food, medical aid and other assistance for Afghan refugees in Tajikistan, the Foreign Ministry said Tuesday.

Alon Ushpiz, director general of the ministry, said Israel is proud to be part of the international effort to help Afghans who fled from the Taliban takeover of the country in August. Ushpiz said the aid is part of Israel's commitment to the international community.

The donation came the same day the U.N. made what it called a record $5 billion appeal to help Afghanistan and its neighboring countries.

The appeal seeks $4.4 billion for the U.N.'s Office for the Coordination of Humanitarian Affairs and its partners, plus $623 million for the U.N.'s refugee agency, UNHCR, to help more than 6 million Afghans who have fled. That's about 15% of Afghanistan's total population.

"Events in Afghanistan over the past year have unfolded with dizzying speed and with profound consequences for the Afghan people," said Martin Griffiths, U.N. undersecretary general for humanitarian affairs and emergency relief coordinator. "The world is perplexed and looking for the right way to react. Meanwhile, a full-blown humanitarian catastrophe looms."

Information for this article was contributed by additional staff members of The Associated Press. 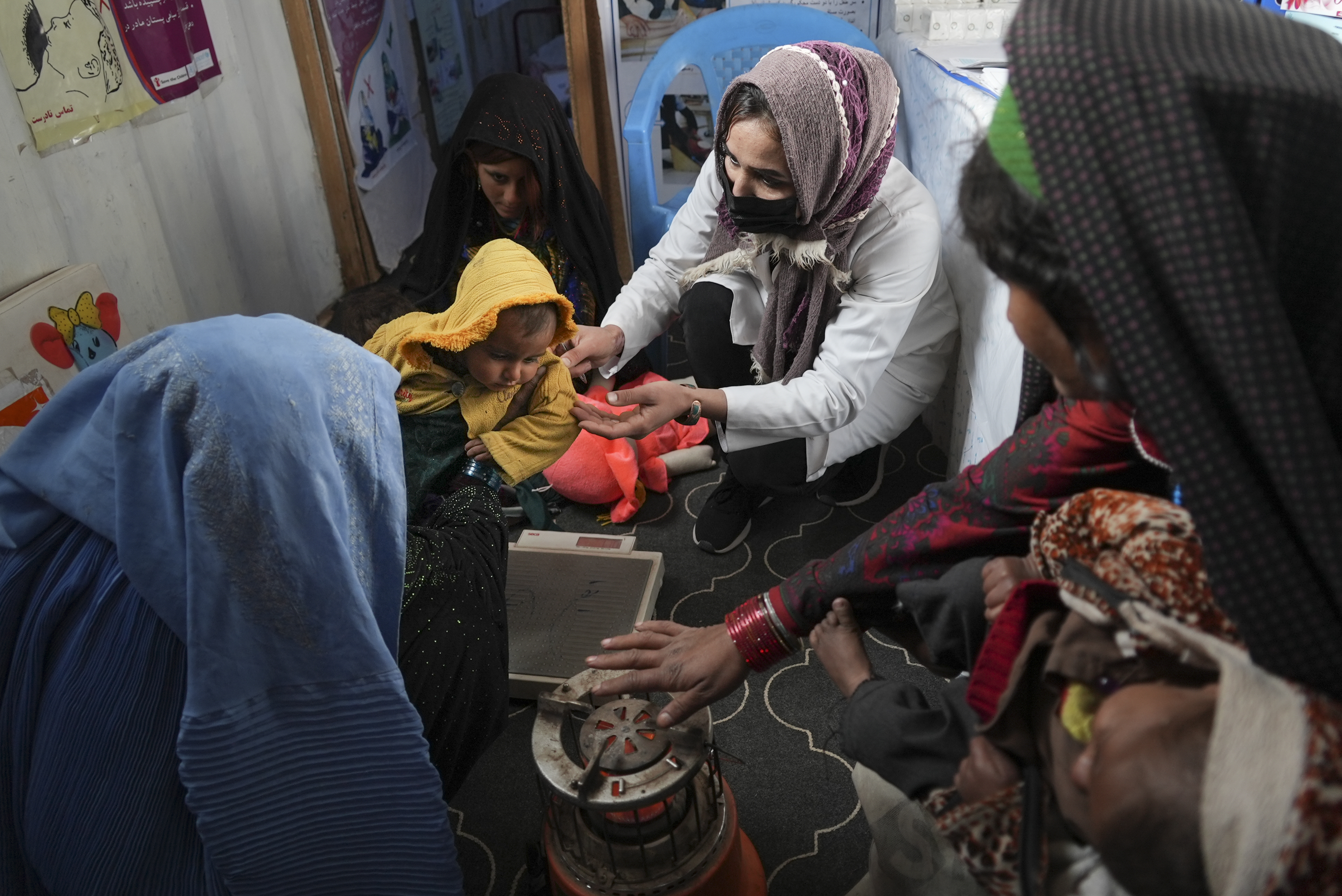 FILE - A nurse checks the weight of a child in a makeshift clinic organized by World Vision at a settlement near Herat, Afghanistan, Dec. 16, 2021. In a statement Tuesday, Jan. 11, 2022, the White House announced $308 million in additional humanitarian assistance for Afghanistan, offering new aid to the country as it edges toward a humanitarian crisis since the Taliban takeover nearly five months earlier. (AP Photo/Mstyslav Chernov, File)