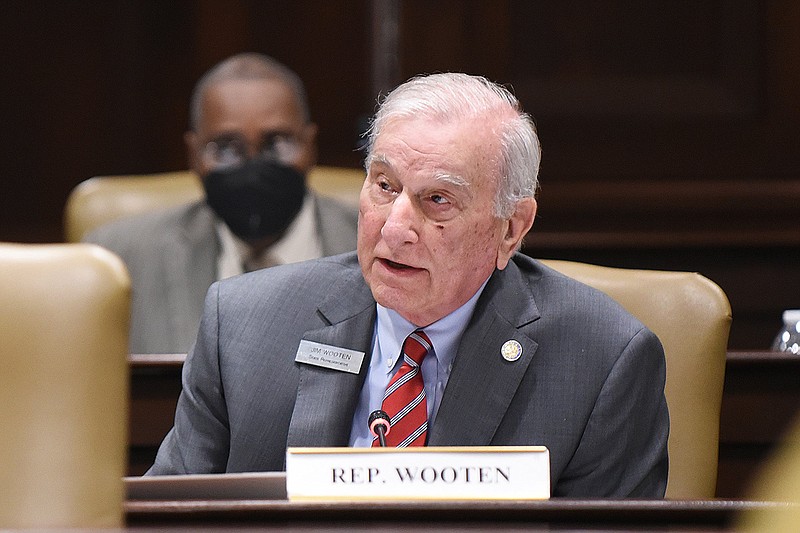 A routine legislative budget hearing Wednesday led to questions about firearms inventory at the Department of Corrections, because of a state audit that revealed that an employee of the prison system sold almost 30,000 rounds of revolver ammunition without anyone's knowledge.

The Legislative Council and the Joint Budget Committee are discussing agency budgets in preparation for the Feb. 14 start of the fiscal legislative session.

Don Morgan, a staff member of the Arkansas Legislative Audit, presented the findings of a 2020 audit of the Department of Corrections that included a report about misappropriation of property at the Division of Correction's Central Armory involving ammunition and a firearm.

Corrections Secretary Solomon Graves said the department self-reported to Arkansas Legislative Audit in 2020 when internal affairs investigated an allegation and determined that an employee of the Central Armory sold ammunition purchased by the Department of Corrections, with the majority of ammunition sold coming from the Grimes Unit.

"We received a tip from a Department of Corrections employee that a former Central Armory employee might have been selling surplus ammunition on the street," he said. "We determined there was merit to the allegation and immediately reported it to the [Arkansas] State Police due to it rising to a criminal level."

The audit states that in January 2017, the Grimes Unit transferred 34,175 rounds of ammunition to the Central Armory as it was no longer needed, and from there it was scheduled to be moved to a different state agency for disposal. However, the state agency that handles surplus never received the ammunition.

The Internal Affairs investigation stated that 28,352 rounds transferred by the Grimes Unit, with an estimated cost of $8,789, couldn't be located.

"We took this extremely seriously," Graves said. "I want to ensure the committee that we don't intend for this to happen again. This is why we self-reported and took full responsibility for it."

The audit states that Division of Correction Director Dexter Payne met with Internal Affairs Administrator Raymond Naylor and Internal Auditor April Davis to develop internal controls that will assist with tracking and reporting of the inventory at the Central Armory.

Graves told the committee that the Department of Corrections didn't have adequate inventory controls in the past and that is how the missing ammunition wasn't discovered for several years.

"We had a system that was based on honesty," he said. "We have since moved on to an automated inventory system."

Payne told the committee that the missing rounds were for .38-caliber revolvers that were no longer being used because of the shift to other guns.

"That is why so much ammo was being transported out of Grimes and being brought to the Central Armory," he said.

Graves said when the ammunition makes it to the state's market and redistribution agency, it is supposed to be sold below market rate like any other government property. He said the ammunition is usually offered to cities and counties, before the public.

Graves said the Department of Corrections also now utilizes QuickBooks software for logging and tracking the purchasing and distribution of all ammunition to all of the units from the Central Armory. He said they have also cut down on the amount of ammunition being sent to prison facilities.

"We now only send ammunition needed for annual qualifications and emergency response," he said.

This information set off a series of questions by lawmakers, some of whom were unaware of the audit findings.

"You are telling me that 28,000 rounds just disappeared and could have been on the streets of Little Rock, Pine Bluff or Beebe," Rep. Jim Wooten, R-Beebe, said at the meeting. "I would like to submit that this is ridiculous."

"This is very concerning to me," she said. "We have had a lot of murders and homicides in Pine Bluff, and I have been concerned about the number of ex-felons who have access to ammo and guns. I have had my own suspicions about it, but to realize we have had something like this going on since 2017."

Morgan, of the Arkansas Legislative Audit, told lawmakers that it appears the employee sold most of the ammunition to his co-workers.

"From what we can tell, the other employees had no idea it was Central Armory ammo they were buying," he said.

Graves said the employee was a part-time gunsmith, allowing him to sell the ammunition without questions being asked.

"It appears people assumed that the ammo was just something he came across in normal business," he said.

Graves said the employee no longer works for the Department of Corrections.

He said the case was referred to the prosecuting attorney in Jefferson County, who didn't find sufficient evidence to file criminal charges.

This set off another series of questions, as several legislators found the lack of criminal charges disturbing.

"So he couldn't reach federal level charges, so he just gave up on it?" Sen. Kim Hammer, R-Benton, asked during the meeting.

Graves said he could understand the frustration, but he could only report what he was told when it came to criminal charges.

"We were told the prosecutors were reviewing the criminal charges and were unable to identify a monetary value that would reach felony charges," he said.

Wooten said he was also frustrated by the lack of charges.

"Where are the 28,000 rounds today? How many people have been killed in Little Rock, Pine Bluff, Searcy and Beebe with this ammo? I hope you understand the gravity of this because I am shocked the prosecutor didn't do anything," he said. "I believe the prosecutor should be brought up before the judicial council. This is a trend that is going on throughout the nation because we aren't prosecuting these felonies and smash and grabs."

"We agree, but you are preaching now," he said.

Jean asked why legislative auditors don't include ammunition in armories and said they should start looking into that.

"When I was mayor, we did inventory on everything in Magnolia," he said. "If we don't, it may take a long time before we notice something missing."

The meeting also brought up questions about reimbursement of counties for holding inmates when there isn't room in state prisons.

Multiple legislators spoke about how the county jails are being financially burdened taking care of inmates who belong in prison.

"Our county jails continually tell us they don't get enough reimbursement to cover the cost," Rep. Frances Cavenaugh, R-Walnut Ridge, said. "The $32 a day doesn't cover the cost to house these inmates, but they have to take them."

Graves said his department doesn't set the reimbursement rate, and that was something that involved other state agencies.

"This is part of a larger budgetary process," he said. "We are part of the conversation, but not the sole decision maker."

Graves told the committee that he would follow up with the Association of Arkansas Counties to get the most recent report on the actual cost for county jails to house a Department of Corrections inmate. 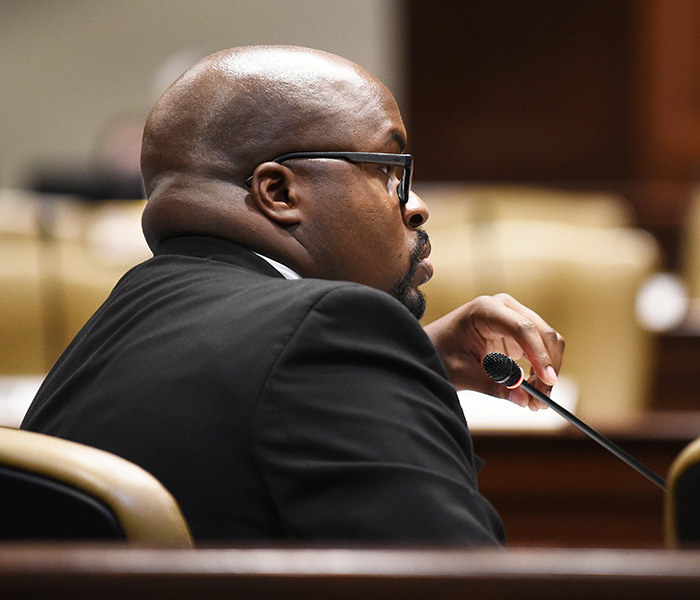