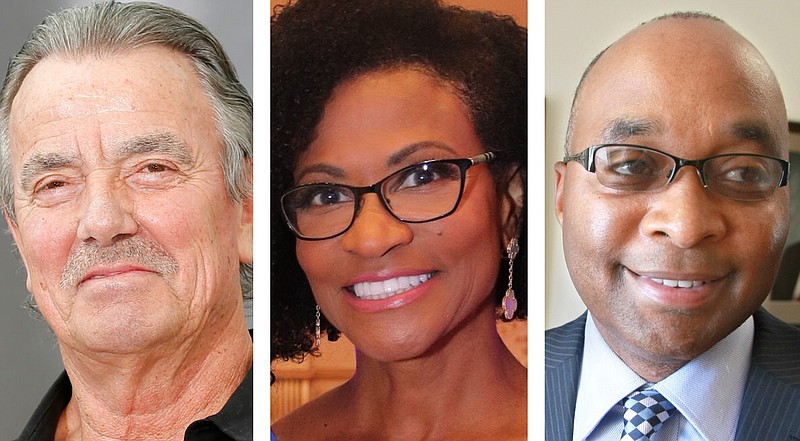 Amid rising rates of homicide in the state and around the country, the Arkansas Martin Luther King Jr. Commission hosted its annual youth summit Wednesday with a special emphasis on counteracting violence.

DuShun Scarbrough, executive director of the Arkansas Martin Luther King Jr. Commission, said the event is meant to kick off a statewide call to action. Scarbrough said the commission also will help organize violence-prevention events at schools around the state in hopes of helping to teach students conflict resolution.

"We as parents, as educators, as community leaders, we have to get out and do something," Scarbrough said.

Scarbrough said he knows that community meetings and federal grant dollars won't be enough, but he wants the commission to be a "bridge" that can connect people to resources.

"We have connections throughout the state of Arkansas," he said.

Much of the attention Wednesday night was directed at students, specifically at how many are dealing with newfound stress brought on by the covid-19 pandemic. For many youths, social problems like domestic violence, poverty and isolation have helped fuel mental illness and violence.

School administrators said they have noticed an increase in the number of students who are acting out while at school, which is in part responsible for the increase in violence, according to Johnny Key, Arkansas' secretary of education.

"One of the impacts of covid has been, across the state, an increase in mental health issues, behavioral health issues, and it really manifests in some districts in violent acts," Key said. "It's not always major, but schools have reported a definite uptick in that type of behavior."

Braeden, who plays Victor Newman on "The Young and the Restless," spoke about the trauma of growing up in post-World War II Germany. Braeden said his city was "bombed to smithereens," and there was "nothing to eat."

"What saved my ass was sports," he said.

Braeden said athletics is an outlet that can keep kids off the streets, echoing a theme of the night that youths need more direction and mentorship. For Braeden, his sport of choice was boxing.

The audience was filled with high school football players and coaches, and the message was well-received.

Hill, former president of Arkansas Baptist College, stressed the urgency to combat the wave of violence that is sweeping much of the country.

Hill spoke about Derek Olivier, a football player at Arkansas Baptist College who was killed in 2012 just blocks away from campus. According to a police report, Olivier and others were trying to change a tire on a friend's car when he was shot and killed.

Hill went on to establish the Derek Olivier Research Institute for the Prevention of Violence at Arkansas Baptist College after Olivier's death.

Like many cities, Little Rock has seen an increase in the number of homicides since the pandemic, with its 64 in 2021 being the highest in 11 years. Some of the speakers at Wednesday's event shared concerns that the city was heading back to the crime wave of the 1990s, when Little Rock was known as a hotbed of gang violence and homicide.

For Hill, a veteran of the Gulf War, the fight against gun violence has become personal.