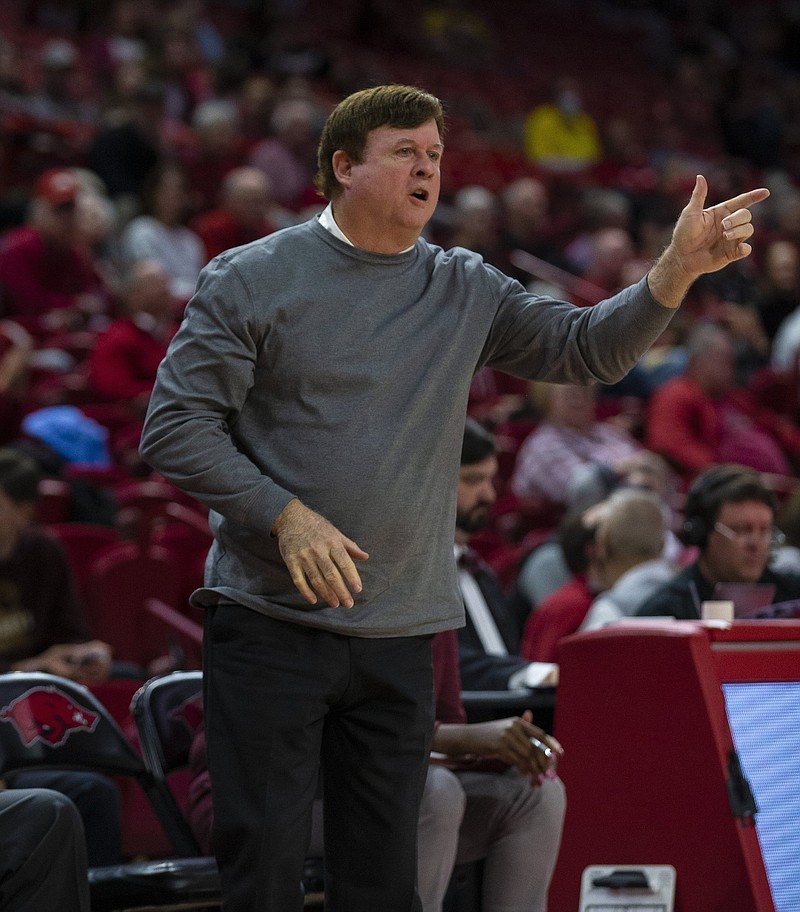 UALR women Coach Joe Foley said getting the Trojans back into game shape has been difficult entering tonight’s game against Coastal Carolina, their first since Dec. 12. (Special to the NWA Democrat-Gazette/David Beach)

Krystan Vornes doesn't want to think about what the first two quarters tonight will be like.

It's possible it will be difficult for Joe Foley to imagine, either, considering that he's never had a team go an entire month without playing in the middle of any of his previous 42 seasons coaching basketball.

But after 31 days without a game, the University of Arkansas at Little Rock women's basketball team will open its Sun Belt Conference schedule today at home in the Jack Stephens Center against Coastal Carolina at 6:30 p.m.

Vornes was one of several Trojans who tested positive for covid-19 upon returning to campus after UALR went home for Christmas break, knocking the team out for the first two weekends of conference play after three other games had already been wiped away in December.

And it wasn't until Monday that the Trojans had 10 players available to even have a formal practice for the first time since Dec. 20.

"We knew when we got back how hard it was going to be for us to try to at least get back into game shape," Vornes said. "Right now, we're not going to be in the best of shape. But if we want to compete and win a championship, it's going to start there."

Although UALR (5-5, 0-0 Sun Belt) took three straight losses during one stretch, the Trojans were competitive at Texas A&M in the last of those three on Dec. 1, then routed the University of Central Arkansas three days later.

In UALR's most recent game, a 73-39 rout at the hands of the University of Arkansas on Dec. 12, it showed the early signs of a flu bug that eventually forced the cancellation of a meeting with Alabama later that week.

Foley hoped his team would round into form between that game, two contests at Tulane -- which were canceled because of covid issues within the Green Wave program -- and practices in the lead-up to the start of Sun Belt play.

None of that ever came, and now, Foley said he is just hoping the Trojans can get back to where they were in early December by the time of the conference tournament in early March.

"I don't know if six weeks is enough or not."

The Trojans are not the only team dealing with post-Christmas covid concerns. No women's team in the Sun Belt has played all four of its scheduled league games -- just five of 12 have played three and two other programs (Appalachian State and South Alabama) will open their conference seasons tonight as well.

Things are only mildly better for the UALR men. Four of 12 teams have played four games thus far, but both UALR and Arkansas State University will lose a pair of matchups this weekend after covid-19 put the Trojans below the league minimum of seven available players.

There is the benefit, however, as Foley now knows most of his players -- Vornes among them -- will not miss any further games due to covid as players who have tested positive are exempt from testing for 90 days.

That window runs until late March, giving the Trojans a stretch in which to find the footing that had them trending up in November.

"It has to be real frustrating for the players and even worse for the coaches," Foley said. "We can't look ahead right now. ... [The players] have to enjoy it, and just being out here is relieving." 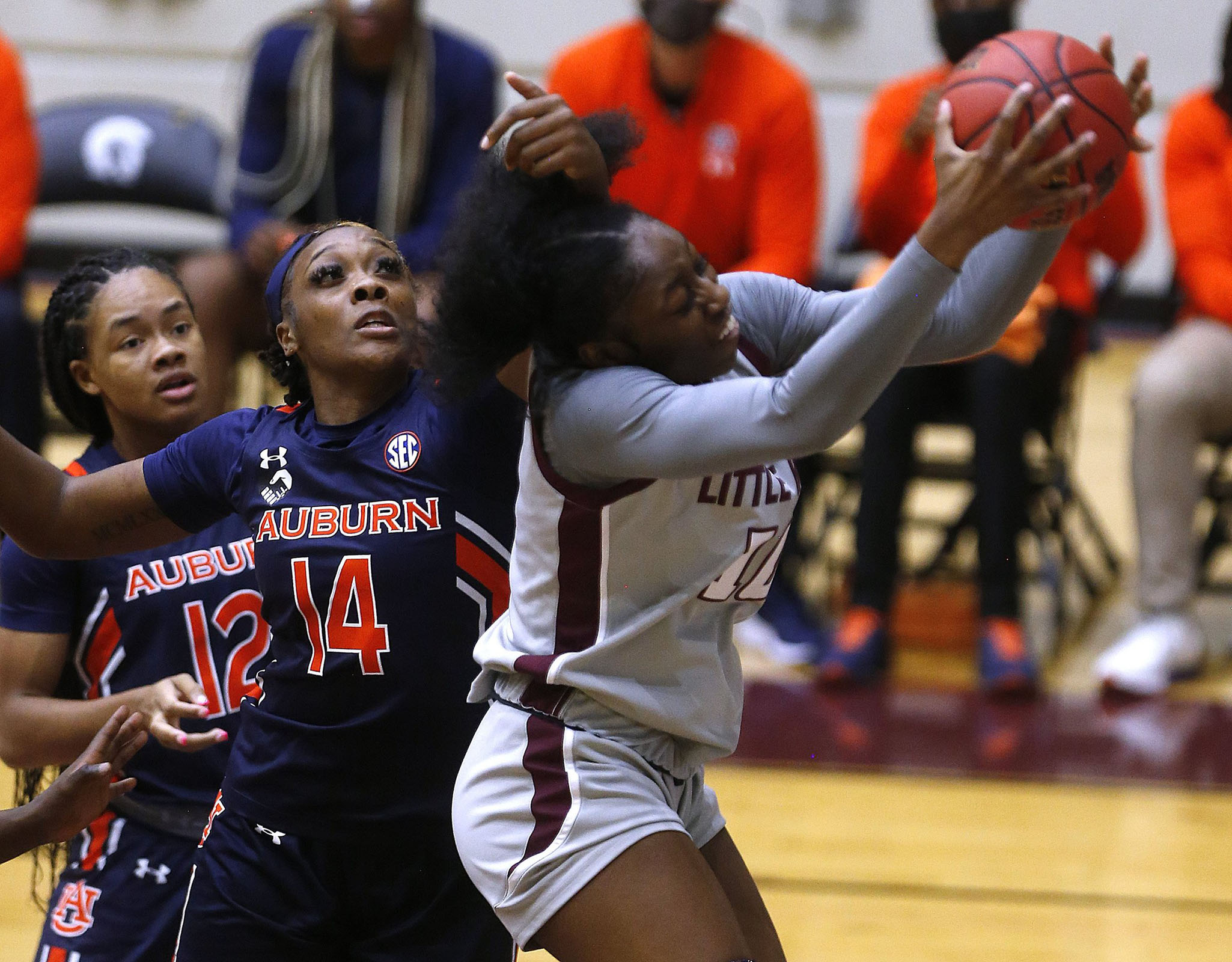 UALR forward Krystan Vornes (right) said lack of conditioning during the team’s long covid break won’t keep the Trojans from competing on the court. “Right now, we’re not going to be in the best of shape. But if we want to compete and win a championship, it’s going to start there,” Vornes said. (Arkansas Democrat-Gazette/Thomas Metthe)