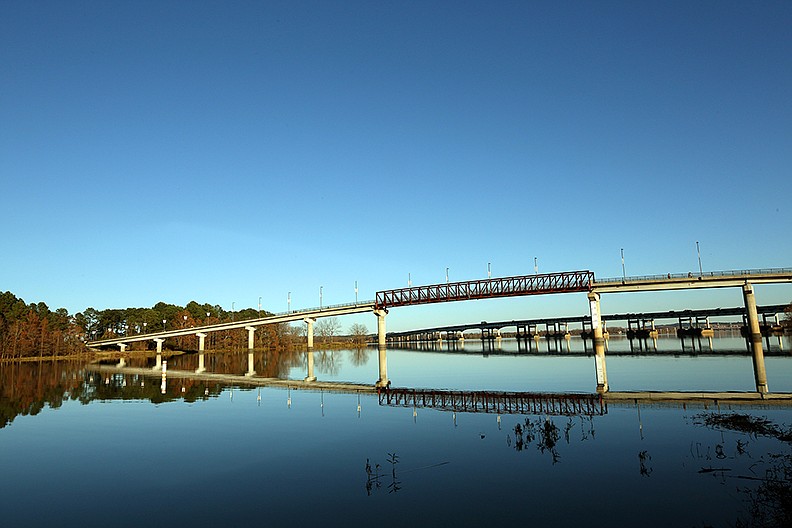 Two Rivers Park, where the Little Maumelle feeds into the Arkansas River, is shown in this undated file photo. (Special to the Arkansas Democrat-Gazette)

Officers with the Maumelle Police Department late Friday afternoon halted their "active search" for a paddleboarder on the Arkansas River who was reported missing Wednesday evening, according to a news release.

Maumelle Police Capt. David Collins said that no trace of Maumelle resident Ashley Haynes had been discovered since her board and paddle were found.

"Good or bad, no Ashley, no body," Collins said.

Collins would not say whether the operation had switched from search-and-rescue, but the news release stated that Maumelle will continue the search until they recover Haynes.

Collins wanted to dispel a rumor that other items belonging to Haynes, such as a waterproof bag or a bag of snacks, had been found.

“There was nothing found except the paddle and the paddle board,” Collins said.

Family members reported Haynes missing around 6 p.m. Wednesday, saying she had left to paddleboard on the river around 1 p.m. Wednesday and never returned home.

Personnel from Arkansas State Police, the Pulaski County sheriff's office and the Arkansas Game and Fish Commission have helped in the search effort.

State police were not involved in the search Friday, Sadler said.

The agency's personnel were out until after midnight on the first night of the search, Burk said, and returned to pitch in on Thursday and Friday.

Searchers have found the paddleboard of a Maumelle woman who was reported missing Wednesday night along the Arkansas River, authorities said Friday.

Ashley Haynes was reported missing by family members around 6 p.m., after she went paddleboarding on the river during mid-afternoon, police said.

She had not been located, but her board and paddle were found on land, Capt. Collins of the Maumelle Police Department said Friday morning.

Authorities ask that anyone with information, contact police or Capt. Dustin Ivey at (501) 960-3629.