Brooks next Hog to leave 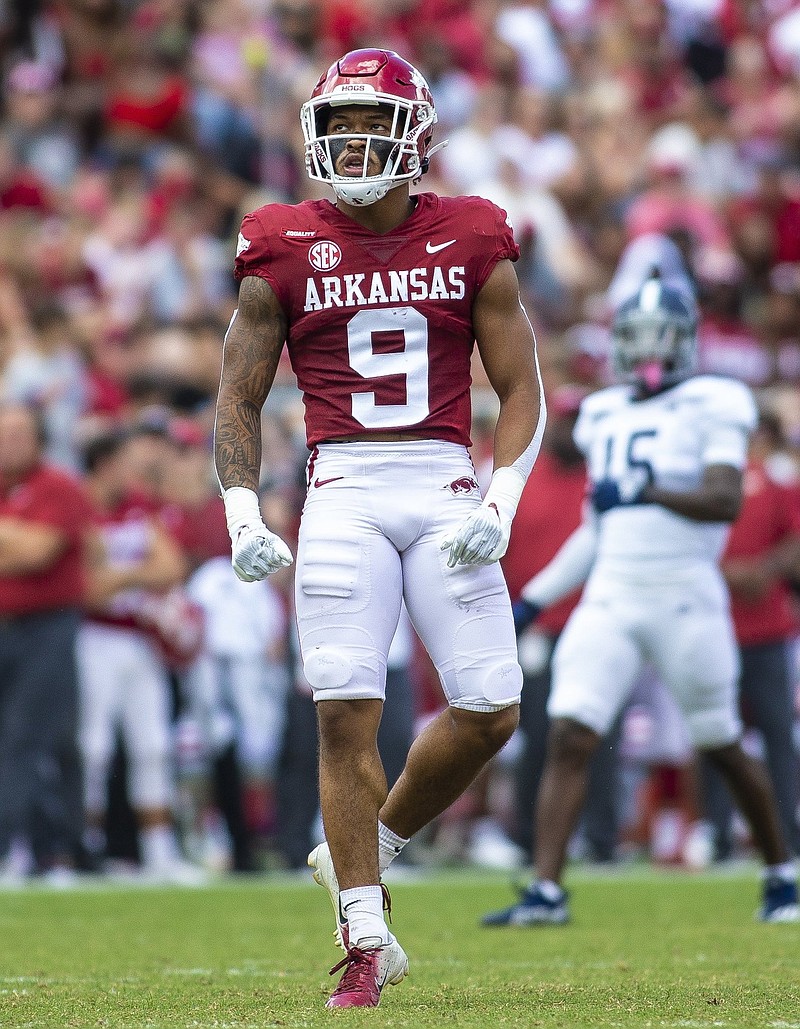 FAYETTEVILLE — The Arkansas Razorbacks will face two members of their starting secondary from 2021 when they host LSU on Nov. 12.

Greg Brooks Jr., the starting nickel back in 10 games last season, announced on Thursday that he was going back to his home state and committing to LSU.

Brooks, a native of Harvey, La., wrote on his Instagram account, “Real y from that bayou, this that alligator walk! I’m coming home. Geaux Tigers.” B ro oks joins former four-year Arkansas safety Joe Foucha, a New Orleans native and defensive captain last season, who announced on Tuesday that he would play his final year with the Tigers for first-year Coach Brian Kelly.

Brooks racked up 112 tackles and 4 interceptions in his three-year career, which included 30 starts.

He ranked seventh on the team in 2021 with 48 tackles and added 2.5 tackles for loss, 4 pass breakups, 2 fumble recoveries, 2 quarterback hurries. Brooks’ lone interception of the season was in a 24-10 victory over Penn State in the Outback Bowl.

Brooks is one of eight lost starters on defense for the Razorbacks, including four with eligibility remaining. Cornerback Montaric Brown and John Ridge-way chose not to use their covid year as granted by the NCAA and declared for the NFL Draft, while Brooks and Foucha entered the transfer portal.

The Razorbacks have had 18 players enter the transfer portal or leave since finishing their 9-4 season in Coach Sam Pittman’s second season. So far, Brooks and Foucha are the only two who have agreed to sign with a Power 5 school.

In the last year, LSU has now landed offensive line coach Brad Davis and two players from Arkansas, while the Razorbacks signed former LSU defensive end Landon Jackson out of the transfer portal.

Davis served as interim head coach for LSU in its 42-20 loss to Kansas State in the Texas Bowl on Jan. 4 and was retained by Kelly. The Tigers finished 6-7 with the bowl loss.

The Razorbacks have had a busy winter with personnel movement. Here are the 18 players who won’t be back next season: