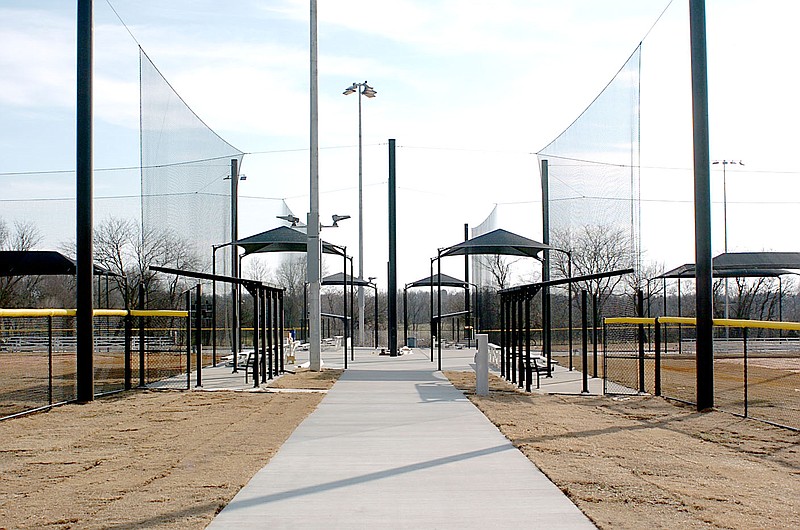 GENTRY -- After an update on the construction progress of the first phase of the sports complex along Browning Road on the north edge of Gentry, Mayor Kevin Johnston said he was looking for name suggestions for the new baseball, softball and soccer facility.

He pointed out that the new sign there did not have a name because one had not yet been chosen for the complex.

Johnston said it could just be called the Gentry Sports Complex but, looking ahead into the future, there may be other complexes someday, so a more unique name might be in order.

"We want to get it right," Johnston said of choosing a name for the new facilities.

Johnston asked council members to stop by and see the new facility and let him know of any name ideas they might have. The matter may be taken to the city's parks committee for recommendations to bring back to the council.

Also related to the new complex was the question of allowing other promotional signage at the facility, such as banners and signs on the fences.

Council member Janice Arnold said allowing signs and banners might be a source of revenue to help with the costs of the new facility. Council member Jason Barrett said that if the city allowed outside signage, it could not discriminate against any signs, so it might be wiser not to allow signs rather than having signs posted which would be offensive to facility users. Another option suggested was a specific area where signs would be allowed rather than opening up the whole complex for signage.

Barrett suggested he would like to do a walkthrough of the complex before taking up the matter of signs and banners.

This matter, too, appears headed for discussion and study at a future parks committee meeting, with all council members welcome to attend.

Justin Spafford, of Flintco, the construction manager for the project, told the council that the project was being wrapped up, with such things as seeding and sodding and benches being added. He said it would soon be working on punch-list items and thought the first phase of this project would be complete in about a month.

Spafford also told the council that some additional trail work was made possible with unused contingency funds in the project.

Larry Gregory, of Garver engineering, said the new water storage facility on Y-City Road was 84% complete. He said electrical and mechanical work was about to begin and that phase of the project would take about two months to complete.

Gregory estimated it was about three months until punch list time, saying the project, which was to be complete this summer, was ahead of schedule.

Johnston told the council that the splash-pad project was being wrapped up, with items on the punch list being completed. 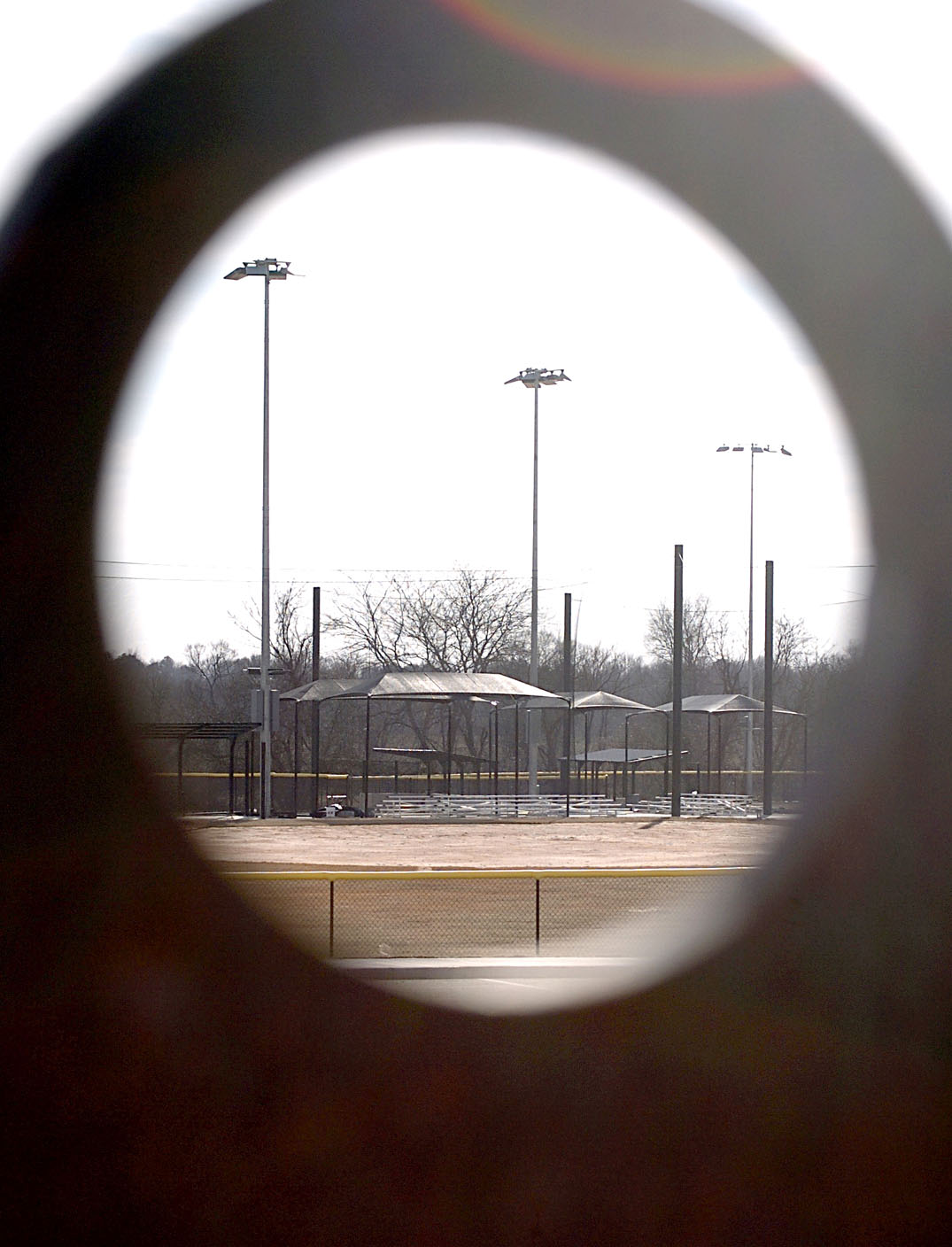 Westside Eagle Observer/RANDY MOLL Gentry's new sports complex, now nearing completion, is viewed through a circular hole in the sign at the entrance to the new facility. Council members will be discussing a name for the sports complex. 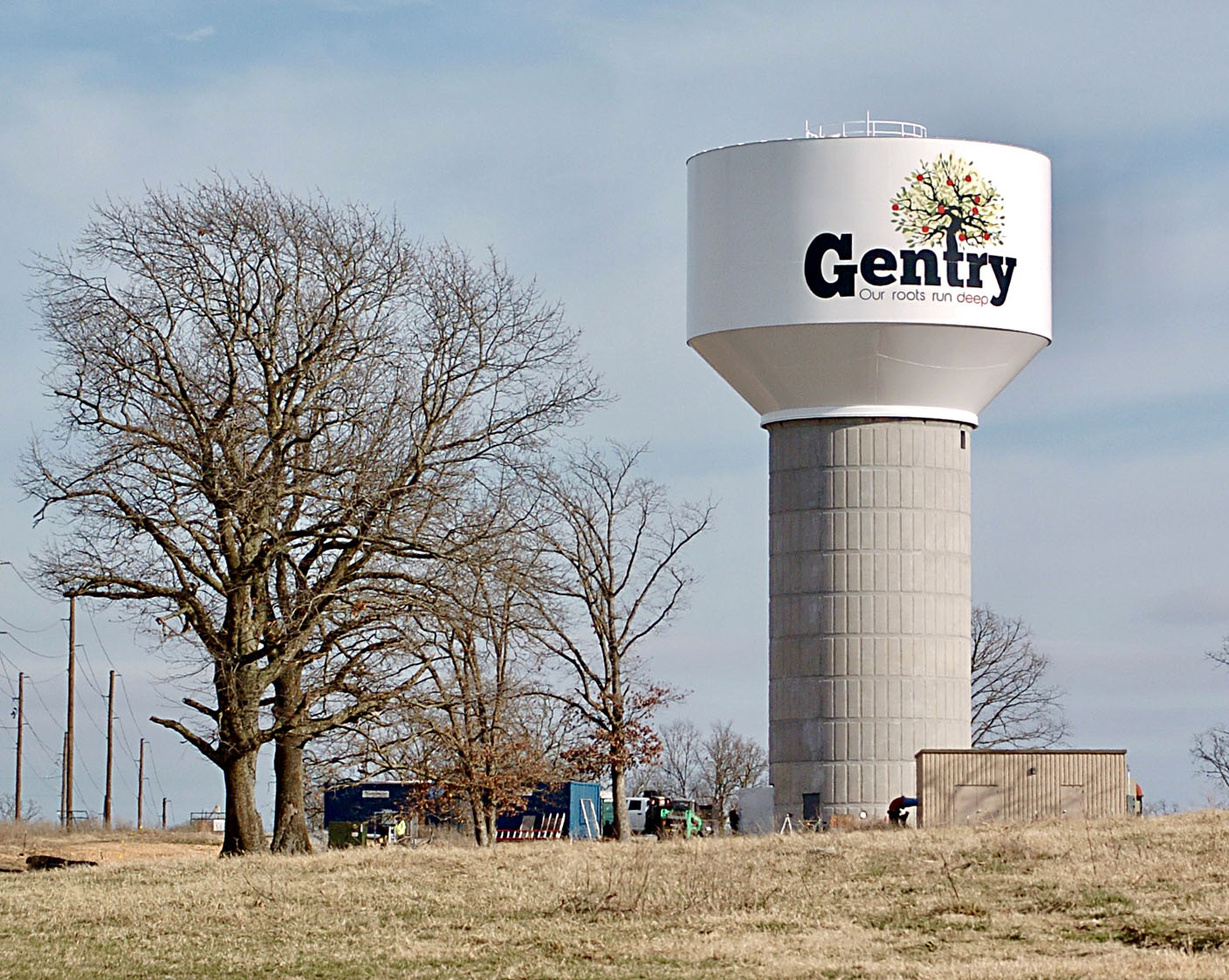 Westside Eagle Observer/RANDY MOLL Gentry's new water tower on Y-City Road will be undergoing electrical and mechanical work in the upcoming months and is expected to be finished by late spring.