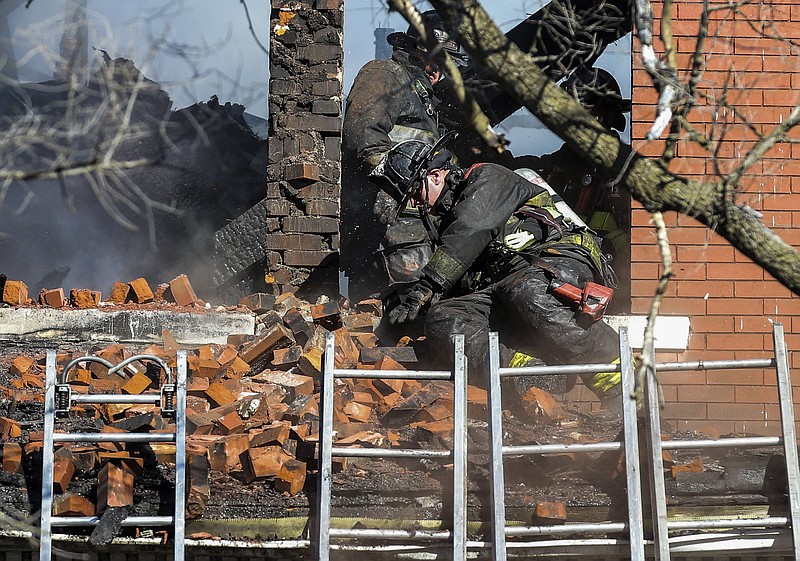 A firefighter reacts after a pile of bricks falls on him from a window as co-workers battle a blaze Thursday in St. Louis. (AP/St. Louis Post-Dispatch/Colter Peterson)

ST. LOUIS -- A St. Louis firefighter died Thursday and another was injured after a large house collapsed while the firefighters were searching to make sure no one was inside.

Fire Chief Dennis Jenkerson said the blaze started before noon at a 2½-story structure in north St. Louis. It wasn't clear if the house was vacant, and because homeless people often stay in vacant houses to keep warm in the winter, firefighters went into the burning building.

The firefighters extinguished the blaze on the first floor and went to the second, but the flames there were so intense that they decided to leave, Jenkerson said. Before the two firefighters could get out, the roof and upper floor of the brick home collapsed on top of them.

"We had one firefighter that was gravely injured when the building collapsed on him," Jenkerson said of the firefighter who was killed. He said the firefighter "was trapped under a tremendous amount of debris until we dug him out."

The second firefighter was injured from the initial collapse and while trying to rescue his colleague, Jenkerson said. His condition wasn't immediately known.

Jenkerson didn't immediately release the name of either firefighter.

TULSA -- State and federal authorities announced Thursday that more than two dozen people have been arrested and charged with taking part in a multistate shoplifting ring that made off with more than $10 million in goods over the past few years, most of which involved over-the-counter medications.

U.S. Attorney Clint Johnson in Tulsa and Oklahoma Attorney General John O'Connor announced state and federal charges against 29 defendants. Johnson said 25 of those charged had been arrested, and four others were at large.

Prosecutors said the defendants took part in a conspiracy to steal mostly over-the-counter medications from retailers such as Walmart, Costco, Walgreens, CVS and GNC in Arkansas, Colorado, Kansas, Missouri, Oklahoma and Texas. The ringleaders would then arrange for the sale of the items on websites such as Amazon and eBay.

Prosecutors allege that a 48-year-old Tulsa woman, Linda Been, led the ring, which netted an estimated $4.5 million from the sale of stolen goods such as Flonase, Mucinex, Nexium and Allegra to fencing organizations outside of Oklahoma that then sold the merchandise on e-commerce sites.

Governor says no to release of Sirhan

SACRAMENTO, Calif. -- California's governor Thursday rejected releasing Robert F. Kennedy assassin Sirhan Sirhan from prison more than a half-century after the 1968 slaying that the governor called one of America's "most notorious crimes."

Gov. Gavin Newsom, who has cited Kennedy as his political hero, rejected a recommendation from a two-person panel of parole commissioners. Newsom said Sirhan, now 77, poses an unreasonable threat to public safety.

"Mr. Sirhan's assassination of Senator Kennedy is among the most notorious crimes in American history," Newsom wrote in his decision. He said factors in his decision including Sirhan's refusal to accept responsibility for his crime, his lack of insight and the accountability required to support his safe release, his failure to disclaim violence committed in his name and his failure to mitigate his risk factors.

Kennedy, the U.S. senator from New York, was shot moments after he claimed victory in California's pivotal Democratic presidential primary. Five others were wounded during the assassination at the Ambassador Hotel in Los Angeles.

WASHINGTON -- The Republican National Committee said Thursday that it is planning a rules change that would force presidential candidates seeking the party's nomination to sign a pledge that they will not participate in any debates sponsored by the Commission on Presidential Debates.

The party, which said it is seeking an alternative partner, cited concerns with moderators selected by the debate commission, a desire for a debate before early voting starts and changes to the commission's board, RNC spokesperson Danielle Alvarez said.

A discussion about the proposal is to take place at the party's winter meeting.

While the Republican National Committee has the ability to change many party rules between its quadrennial conventions, final say on whether to participate in the commission-sponsored debates will fall on the GOP's eventual 2024 nominee.

The Commission on Presidential Debates said in a statement that it deals directly with candidates who qualify for participation in its general election debates.

"The CPD's plans for 2024 will be based on fairness, neutrality and a firm commitment to help the American public learn about the candidates and the issues," it said. 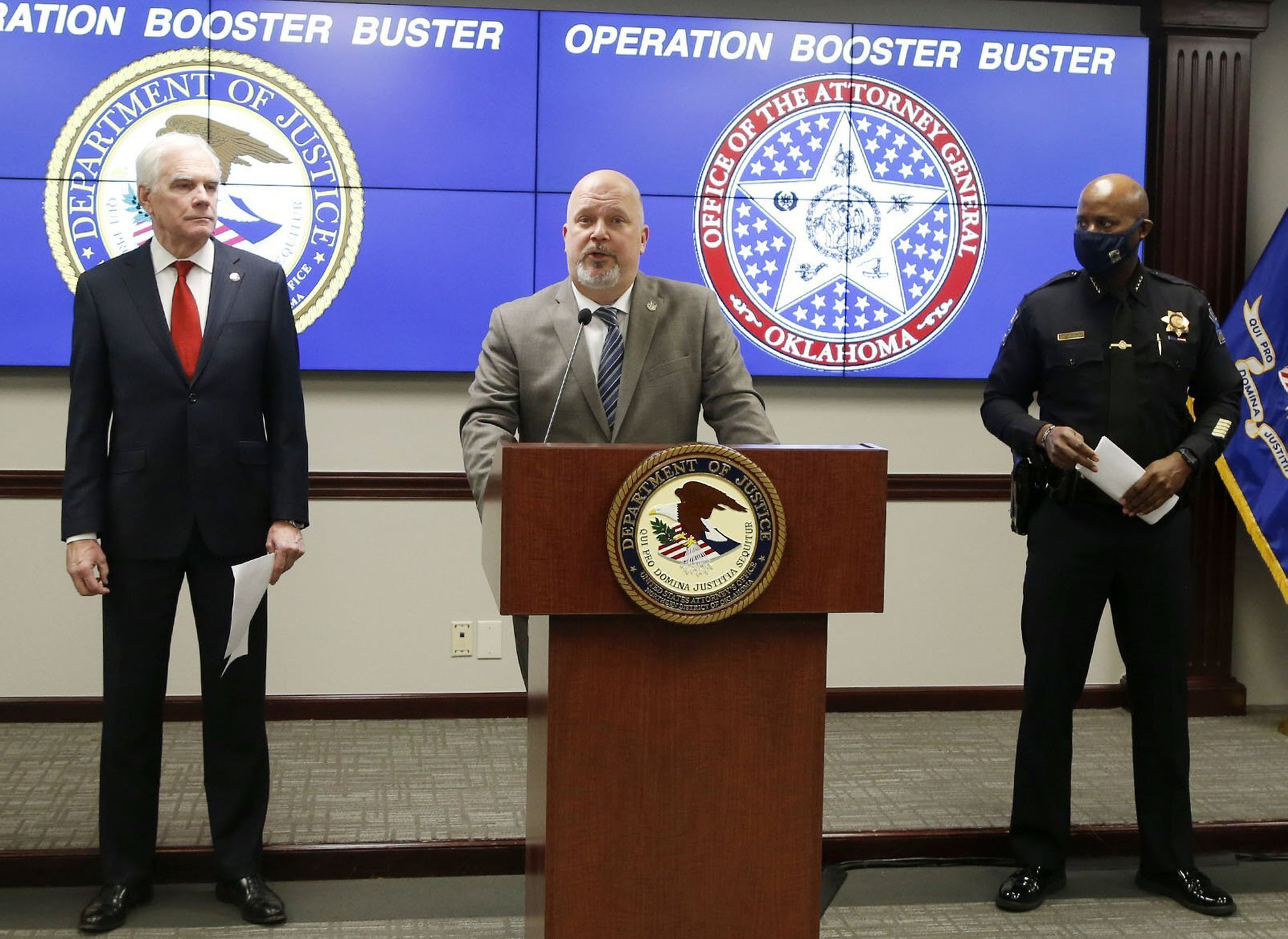