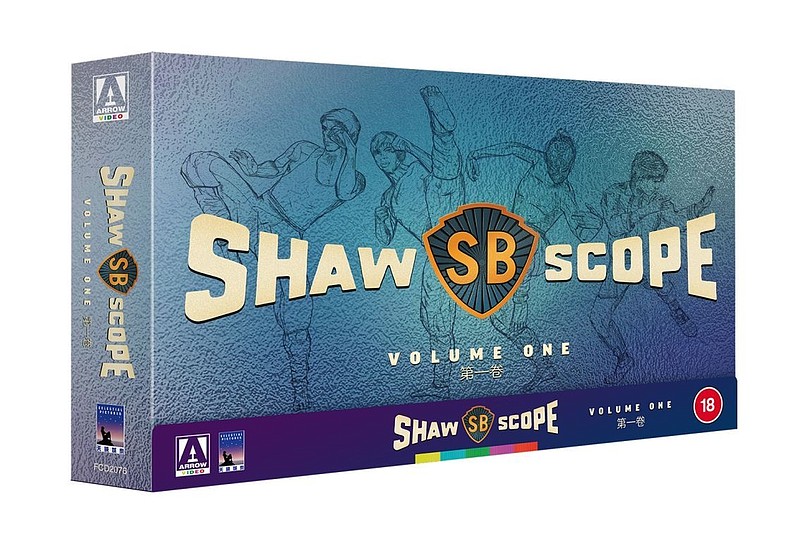 Carl Douglas was born in Jamaica and spent some time in Southern California before his family moved to London when he was a teenager. Gifted with a smooth tenor voice that he honed in his church's choir, Douglas tried his hand at making it as a pop star in the '60s, releasing a few singles and an album that went nowhere. In 1974 he hooked up with another British immigrant, Biddu (Appaiah), who'd come from Bangalore to produce records.

Biddu had a one-off deal with Pye records and a song -- written by Larry Weiss, composer of "Rhinestone Cowboy" -- he thought was a hit. He had three hours of studio time. He recruited session singer Douglas to sing it. They got it cut in about two hours, so Biddu asked Douglas if there was anything else he wanted to try in the remaining time. Sure, Douglas said, he had several sets of lyrics he was working on. Biddu liked the one that started with "Everybody was kung fu fighting ...."

It was silly, but they needed a B-side to the single. So they knocked out a quick disco track, and ornamented it with that stereotypical Asian motif -- the plinky "dee dee dee dee duh duh dee dee duh" that has found its way into every mock Asian western song from the Vapors' "Turning Japanese" to David Bowie's "China Girl" to the cringe-y Shun-Gon sequence in Disney's 1970 movie "The Aristocats" -- despite it probably being more a caricature of how Westerners think Chinese music sounds than anything actually found in Chinese music.

Anyway, according to legend, "Kung Fu Fighting" got recorded in 10 minutes. Two takes. Biddu went over the top with the background "huhs" and the "hahs" but he figured that since it was the B-side no one would ever hear it anyway.

Of course the suits at Pye Records insisted "Kung Fu Fighting" was the A-side. It took it awhile to catch on -- it was five weeks before it scratched the British charts -- but it finally landed at No. 42 on the UK Singles Chart in August, and hit the top spot in September. Which led to it being released in the United Staes, where it immediately shot to the top of the charts, making Douglas the first Jamaican artist to reach those heights. It eventually became one of the best selling singles of all-time, selling more than 11 million records.

And Carl Douglas, who actually had a number of modest chart successes in the U.K., became one of the most famous one-hit wonders.

"Kung Fu Fighting" happened because of the four Shaw (in Chinese, Shao) brothers, four brothers born between 1896 and 1907, who established what came to be the largest film production company in Hong Kong in 1925. In 1958 they opened what was then the largest privately owned studio in the world, Movietown.

Before shifting the company's focus to TV production in 1987, they produced about 1,000 films, among them some of the most successful and influential Chinese language movies of all-time. They also basically popularized the kung fu genre, which is different from traditional Chinese "wuxia" martial arts films in that it dispenses with the fantasy element of these movies and often transposes the stories into a more "realistic" contemporary setting. There's no wire work in a kung fu film, the actors don't seem to fly like they did in, say, Ang Lee's "Crouching Tiger, Hidden Dragon," the popular wuxia revival film from 2000.

In 1965, Shaw Brothers made the conscious decision to focus on these kung fu action-driven films that featured actors chosen primarily for their athletic prowess rather than their acting chops. They also decided to dub most of these films into English, initially for the U.K. market that, as a British protectorate, Hong Kong had easy access to. This set the stage for what would become known as the kung fu craze of 1973, a global phenomenon that had the kids in streets performing mock martial arts moves inspiring Douglas to write his song.

After the Shaw Brothers production "Five Fingers of Death" (also known as "King Boxer" ) starring Indonesian-born actor Lo Liehing was released in the U.S. in March and shot to the top of the weekly box office, more than 30 Chinese martial arts movies hit U.S. theaters. On May 16, the top three spots at the box office were occupied by Chinese martial arts movies -- "Fists of Fury," Bruce Lee's second major movie, "Deep Thrust" (re-titled from "Lady Whirlwind" to capitalize on the popularity of "Deep Throat") and "Five Fingers of Death."

"Fists of Fury," "Hammer of God," "Karado: The Hong Kong Flash," "Enter the Dragon," "Shanghai Killers," "The Chinese Connection" and "Deadly China Doll" all topped the U.S. box office for at least a week.

Lee had become familiar to American audiences via his stint as the Green Hornet's sidekick Kato in the 1966-67 season (though it should be noted that "The Green Hornet" only lasted the single season). Or maybe you could go back to Spencer Tracy playing a one-armed veteran throwing unconvincing knifehand strikes -- karate chops -- in the 1955 neo-Western "Bad Day at Black Rock."

The U.S. Air Force Academy made judo a required class in the 1950s, and most of the dependent kids living on air bases in the '60s were exposed to it. (I made it to green belt before my interest flagged.)

But it was the success of "Kung Fu," a TV series starring Hollywood scion David Carradine as Kwai Chang Caine, a half-American Shaolin monk who traveled through the American Old West armed with only his spiritual training and mad martial arts skills that debuted 1972, that led Warner Bros. to take a chance on partnering with Shaw Brothers to distribute "Five Fingers of Death" in the U.S.

Arrow Video, one of my favorite distributors, has just released Shawscope Volume One: Limited Edition Box ($179) which consists of eight Blu-ray discs containing 12 films made by the Shaw Brothers Studio during the 1970s.

Some of you will be excited by this, some of you now desperately want to own it.

I was not, like my rough contemporary Quentin Tarantino (born 1963), one of those nerdy video crate diggers who sought out VHS copies of the films that played for camp on "Kung-Fu Theatre." I doubt I was aware of the Shaw Brothers logo until Tarantino ignited interest in the company and its films in the '90s.

My nascent cinephilia was a more Western strain -- in the early 1980s, I honestly subscribed to the cable Playboy Channel for its late night showing of films like Federico Fellini's "Armarcord," Marco Ferreri's "La Grand Bouffe" and Tinto Brass' "Caligula." (Of the latter, Roger Ebert wrote for the consensus when he called it "sickening, utterly worthless, shameful trash ... . In the two hours of this film that I saw, there were no scenes of joy, natural pleasure, or good sensual cheer. There was, instead, a nauseating excursion into base and sad fantasies." Yes, but I wanted to see for myself. Ebert was right though it was not all Brass' fault -- he wanted to make a trenchant political satire. His producers wanted porn they could pass off as art.)

Where I grew up we didn't get the grindhouse films in theaters; that was a big city experience. I saw "Enter the Dragon" and a few downmarket chop socky movies from Hong Kong and Taiwan on drive-in screens; I was vaguely aware of a few movies I now know to have borne the Shaw Brothers' imprint.

But by the time Tarantino slapped the Shawscope logo on the front of 2003's "Kill Bill: Vol. 1" I had a vague understanding of what it stood for -- a kind of primodial schlock that gloried in the physical abilities of its performing athletes. The badly sync-ed dubbing didn't matter. Neither did the cookie cutter plots. It was all about the fight choreography and the charisma of its stars.

I missed my chance to see these films in a fleapit inner city theater, but the Arrow Video set allows me to experience them in a home video setting. It's not the same, but it's interesting. Several of the films in the set are directed by Chang Cheh or his action choreographer Lau Kar-leung. Some are set in the period when the Chinese, especially in the south, were rebelling against the Manchus and the Qing Dynasty, who destroyed the Shaolin Temple, which really was an important center of kung fu instruction. Others, like "Chinatown Kid" are set in then-contemporary times.

One of the more interesting titles is the crazy "The Mighty Peking Man" from 1977, a riff on the Japanese Kaiju ("Strange Beast") monster movie genre that plays like a campy, sexploitative "King Kong." (Tarantino's Rolling Thunder Pictures re-released a restored version of the film in 1999.)

Another thing about the Shawscope package -- while this column isn't about investing tips -- Arrow Video limited edition boxed sets have been known to soar in value after their release. It's not inconceivable that, a year or two from now, Shawscope Volume One might be be selling for a lot more than its sticker price on eBay. 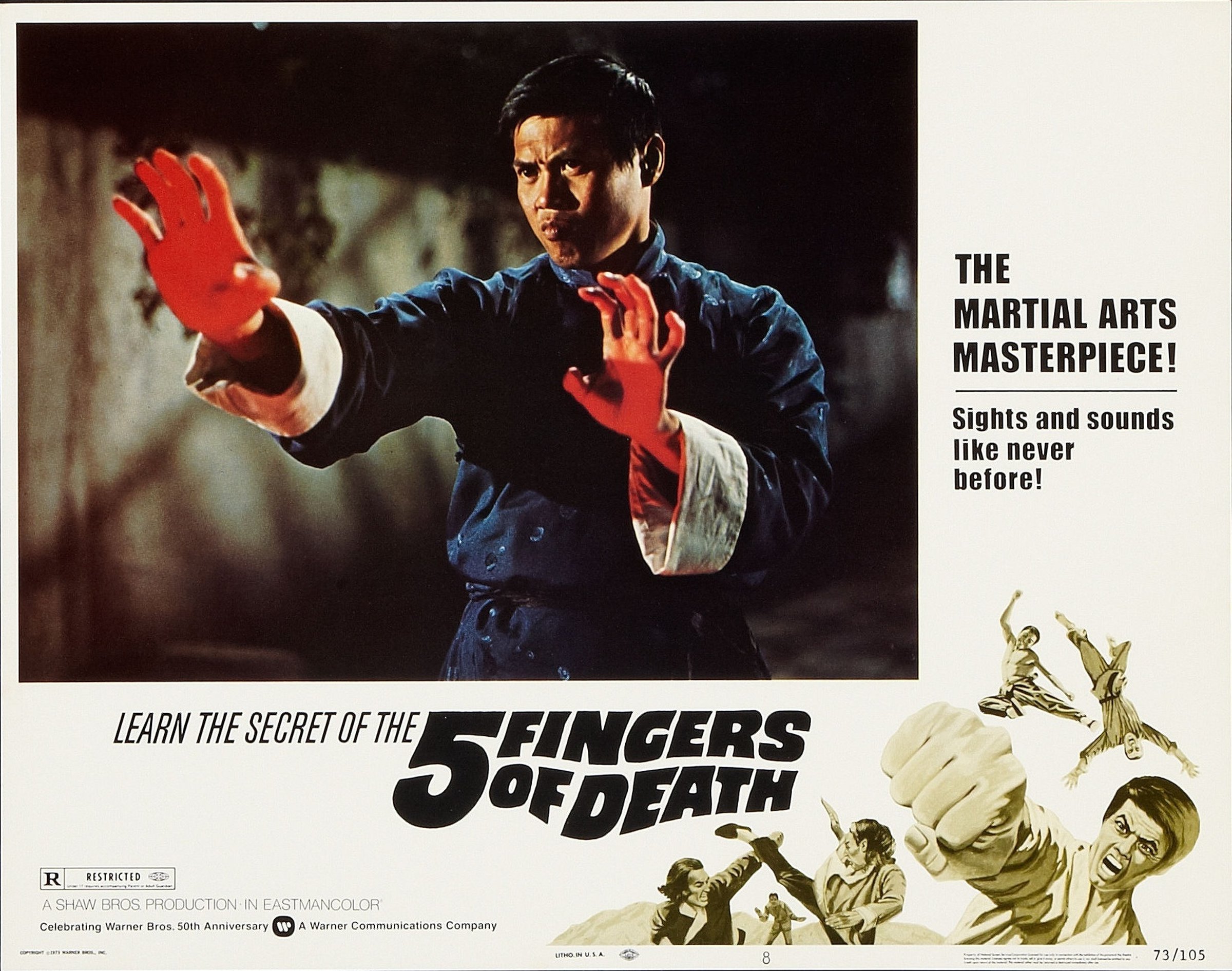