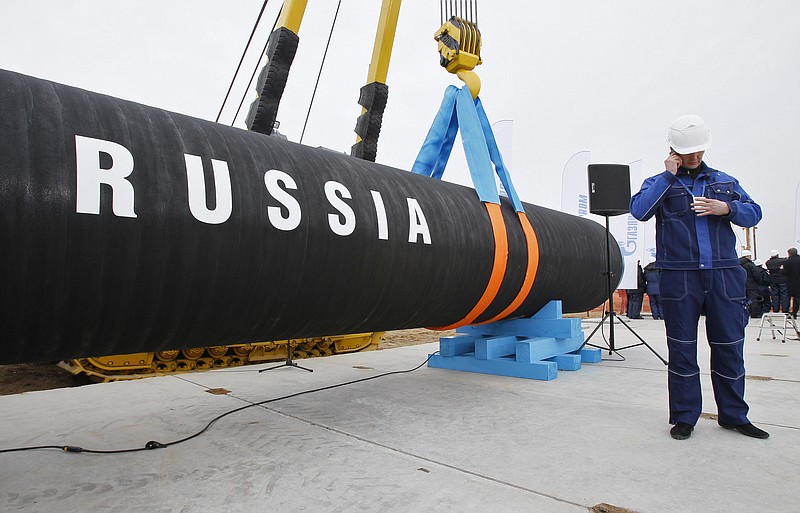 FILE - A Russian construction worker speaks on a mobile phone during a ceremony marking the start of Nord Stream pipeline construction in Portovaya Bay some 170 kms (106 miles) north-west from St. Petersburg, Russia on April 9, 2010. Germany&#x2019;s new government has found itself facing a mountain of problems in relation to Russia since taking office last month. Germany&#x2019;s foreign minister made a flying visit to Washington on Wednesday to highlight the common stance between her government and the United States on Russia. (AP Photo/Dmitry Lovetsky, File)

WASHINGTON -- Senate Democrats on Thursday defeated a bill by Texas Republican Ted Cruz that would have slapped sanctions on businesses involved in a Russian natural gas pipeline to Germany, denouncing it as a GOP political gesture that would have harmed relations with European allies.

The vote on Cruz's measure sanctioning operators of the Nord Stream 2 pipeline was 55-44, short of the 60 votes it needed to pass. While opposition from the Democratic-controlled House and President Joe Biden meant it had little chance of success, Republicans used the opportunity to portray Democrats as timid in standing up to Russian President Vladimir Putin, whose troops are massed along Ukraine's borders as he demands concessions from the West.

Putin "can smell the weakness," Sen. John Barrasso, R-Wyo., said before the vote. "Stopping this pipeline should be an area of bipartisan agreement."

A handful of Democrats joined Republicans in voting for the measure.

The new natural gas pipeline, which is awaiting final approval from German and European officials before it goes into operation, has been a particular focus of attention as the U.S. and its European allies try to build a package of deterrents strong enough to stop Putin from invading Ukraine.

Ukraine has angered Putin by seeking closer ties with the West. Putin insists he has no plans to invade, but is demanding concessions from NATO that the allies say they will never grant.

The Biden administration and its supporters in Congress argue that Cruz's bill would have harmed relations with Germany, which like much of Europe is dependent on imported natural gas, at a time when the U.S. is seeking to present a united front against Putin over Ukraine.

Democrats have introduced their own legislation targeting Putin, his top civilian and military officials, and Russian financial institutions if Russia invades. Secretary of State Antony Blinken insists Germany is likely to block operation of the pipeline if Russia moves troops into eastern Ukraine, although Germany's new government has not given any definitive assurance of that publicly.

The pipeline would double the volume of gas pumped by Russian state-owned gas giant Gazprom directly to Germany. Lawmakers of both U.S. parties have overwhelmingly opposed the pipeline, saying it will increase Putin's leverage over Europe.

Putin intends to use the pipeline "as a cudgel against our European allies," Cruz said.

Democrats emphasized that much of the work on the pipeline was done under the previous administration. The rival Democratic bill has yet to come up for a vote.

"This is the Trump-Putin pipeline," said Sen. Robert Menendez, D-N.J., the bill's sponsor. "The Trump administration failed to act." 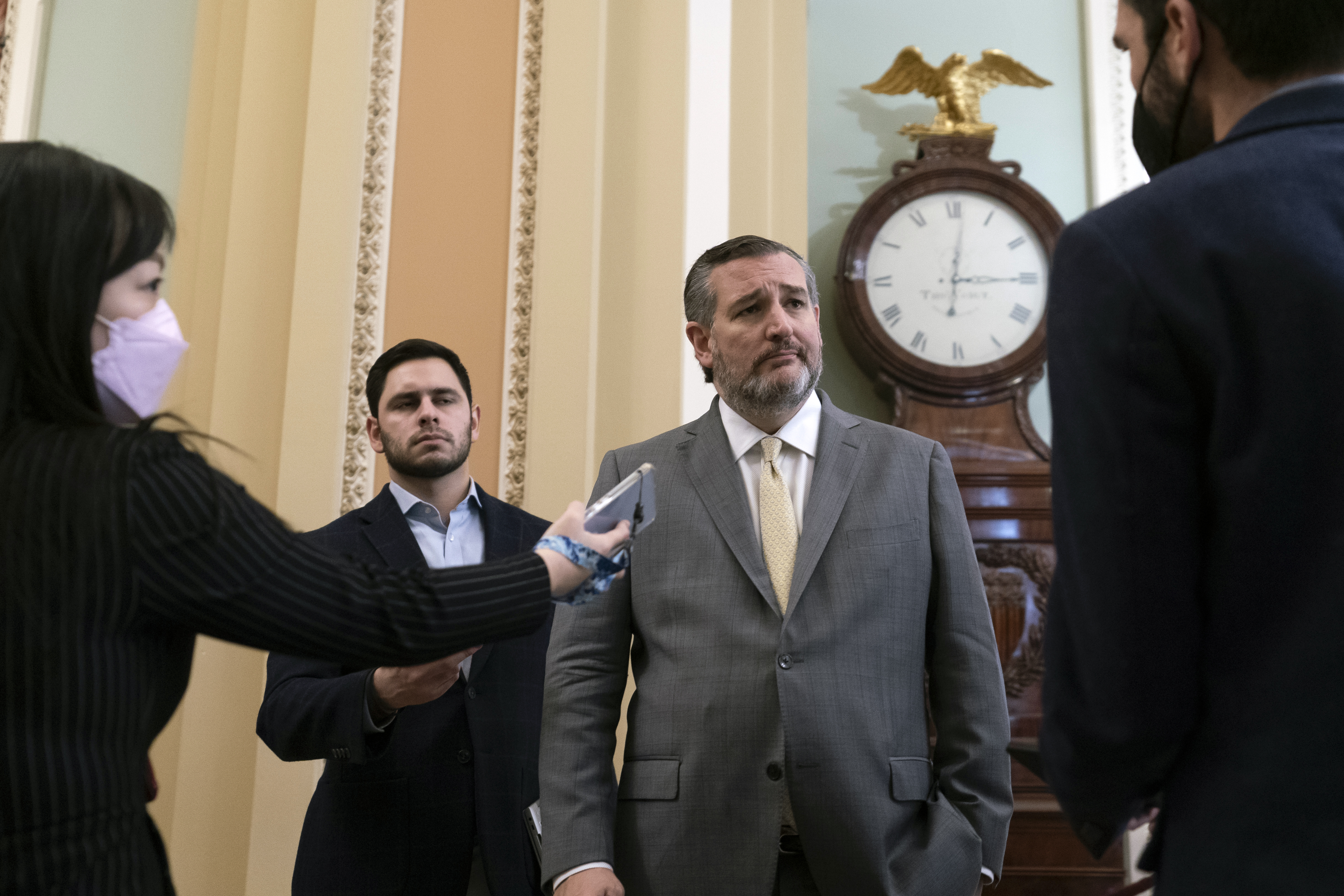