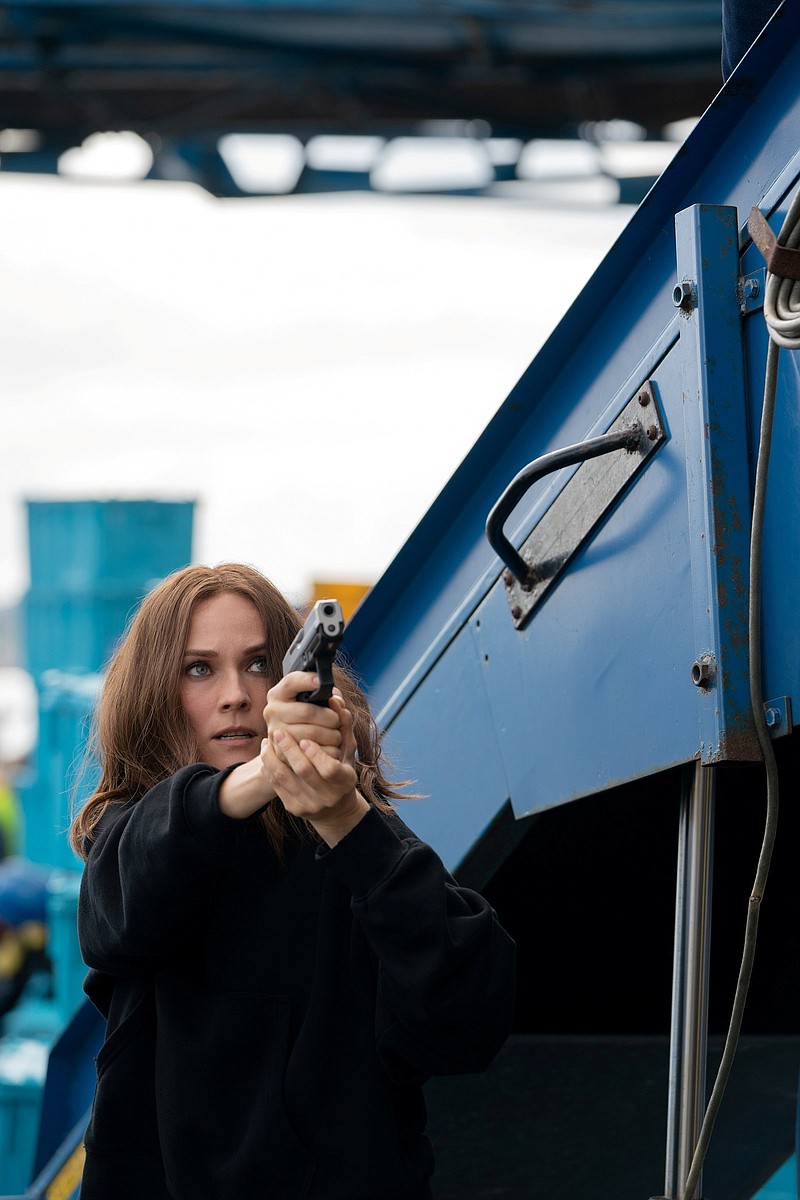 CIA agent Mace Browne (Jessica Chastain) goes rogue to avenge the murder of her partner and teams up with five other female agents from different agencies across the world to prevent a sinister criminal enterprise from obtaining the ultimate weapon in “The 355.”

Early on in Simon Kinberg's action thriller "The 355," there is a chase scene in Paris (I specify the locale, because there are a lot of chase scenes in this film), with a CIA agent, Mace Browne (Jessica Chastain), running after a German agent, Marie Schmidt (Diane Kruger), through crowded city streets and down into the Paris Metro. As the pair make their way through the tangled crowd, they don't dodge other people as much as bulldoze them out of the way.

In one particularly amusing moment, as she rampages through the Metro station, Mace seems to go out of her way to knock one unsuspecting man flat on his butt, en route to her fleeing quarry. Message received: These women aren't here to ask polite questions. If they don't like the looks of you, prepare to be unceremoniously dumped to the ground.

That spirit at least partially carries the film -- a trashy sort of action blazer, with everyone chasing after an all-powerful "data key" that can somehow unlock every known computer system with a keystroke, and all the bad guys betraying each other at such a rapid pace, it's best not to worry about it -- beyond its genre trappings into something at least slightly more weighty. Despite its plethora of gaping plot inconsistencies, and an all-too obvious ode to the united colors of Benetton-approach to global spy configurations, there's something working here that still feels worth watching.

It might just be the fantastic assemblage of female talent the film employs. In addition to Chastain and Kruger, who are both routinely excellent, there is also a pair of Oscar winners -- Lupita Nyong'o and Penelope Cruz -- in addition to Chinese star Bingbing Fan, as part of the female-centric team of agents that ends up working together in order to collect the doomsday macguffin, and keep it out of the hands of the various horrible, greedy men who want to sell it to the highest bidder (including various drug barons, war mongers, and data fiends).

Working from a screenplay by Theresa Rebeck and Kinberg, the director keeps things whizzing by with a high body- and bullet-count, only slowing down for occasional moments of female bonding (at one point, the agents all share a beer and discuss their first time out in the field), or in the case of Nyong'o and Cruz's characters, a chance for them to reconnect with their loved ones and families (tough and resilient Mace and Maria don't share such trappings).

There is, of course, a danger of condescension in such a set-up -- a la the forced element of the infamous "Female A-Force" scene in "Avengers: Endgame" -- especially with a male director helming it. The film certainly treads heavily on that line more than once ("We look different, speak different, but we are the same!"), but by and large, the women are shown to be fiercely capable of both outsmarting, and at various times, out-muscling the treacherous men in their midst.

In this modern day-and-age, the time of being surprised (thrilled?) to see women beating the hell out of men in such movies has become far more normalized than, say, 10 years ago, when seeing Gina Carano beat on bad guys in Steven Soderbergh's "Haywire" was actively eye-opening, all of which remains a good thing. As is, I suppose, watching them take nearly equal amounts of punishment in response (see Charlize Theron in "Atomic Blonde" for the apex of this aspect), just to prove, resolutely, that they can take it every bit as well as dish it out.

This quality helps override some of the film's less worthy aspects (in one cringe-y scene, Nyong'o's computer expert spouts off about the amazing technology involved in this doomsday weapon, and actually has to say things like "next generation zero day data sets," and "parallel infinity-bit encryption" and sound like the techno-babble means something), including the clumsy plot itself, with more holes and divots than a municipal golf course during monsoon season.

Sadly, there are precious few moments as amusing as in the aforementioned early chase scene, serving to properly capitalize on blowing open the gender gap in such action spy thrillers. But the film does offer at least one more such flash of levity later on: At a swank auction, Mace is forced to duke it out with a lone, massive hired goon in the backroom of an elegant hotel, enterprisingly using the man's own bespoke necktie as a strangulation device. She emerges from this affair beaten, bloody, but still looking shimmeringly fabulous in her evening gown, perhaps the first time I can remember the disparity of sensible fashion working in a woman's favor during a fight. 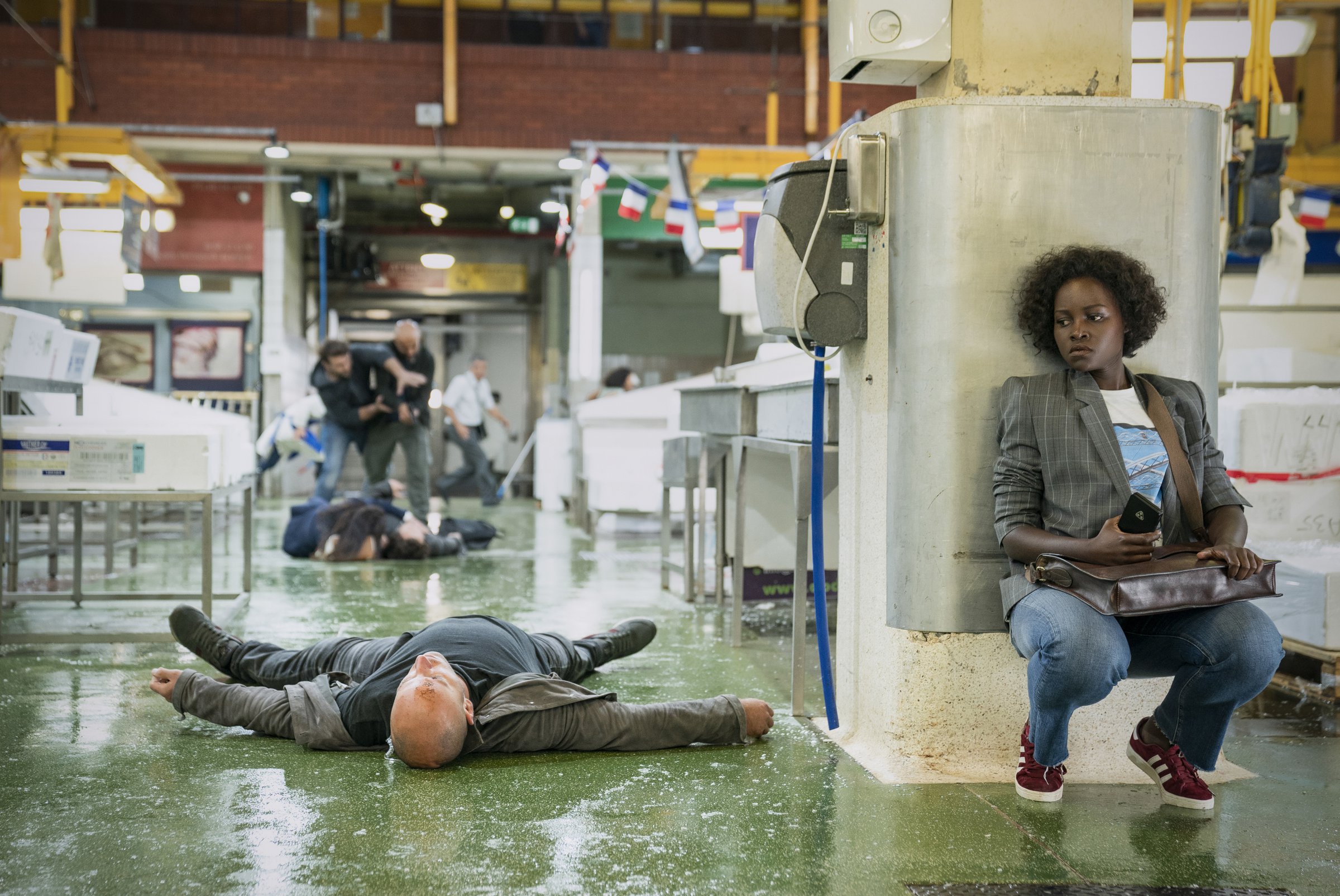