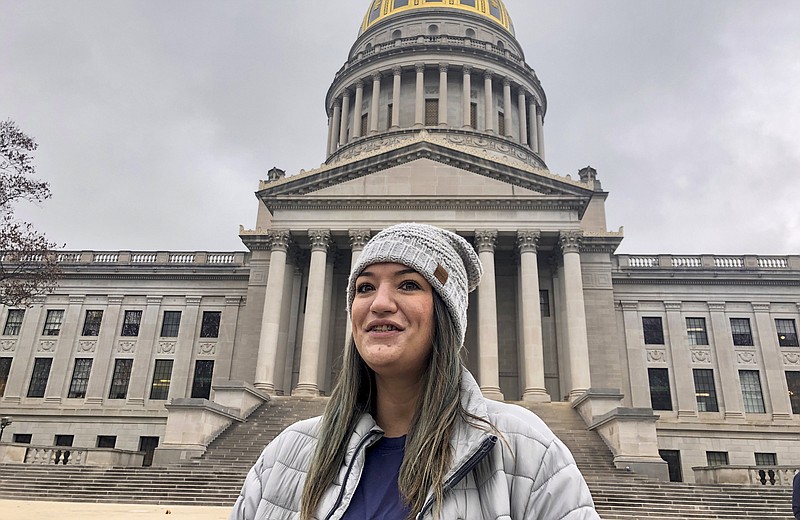 Joanna Vance of Beckley, W.Va., speaks following a news conference Friday, Jan. 14, 2022, outside the state Capitol in Charleston, W.Va. Vance and other speakers called on the federal government to continue a child tax credit that ended on Friday. Vance said the monthly deposit helped her pay bills that continue to rise due to inflation. (AP Photo/John Raby)

CHARLESTON, W.Va. -- For the first time in half a year, families on Friday went without a monthly deposit from the child tax credit -- a program that was intended to be part of President Joe Biden's legacy but has emerged as a flashpoint over who is worthy of government support.

Retiree Andy Roberts of St. Albans, W.Va., relied on the checks to help raise his two grandchildren, whom he and his wife adopted because the birth parents are recovering from drug addiction.

The Robertses are now out $550 a month. That money helped pay for Girl Scouts, ballet and acting lessons and kids' shoes, which Roberts noted are more expensive than adult shoes. The tax credit, he said, was a "godsend."

"It'll make you tighten up your belt, if you've got anything to tighten," Roberts said about losing the payments.

The monthly tax credits were part of Biden's $1.9 trillion coronavirus relief package, and he had proposed extending them for another full year as part of a measure focused on economic and social programs.

But Democratic Sen. Joe Manchin of West Virginia objected to extending the credit out of concern that the money would discourage people from working and that any additional federal spending would fuel inflation that has already climbed to a nearly 40-year high.

Manchin's opposition in the evenly split Senate derailed Biden's social spending package and caused the expanded tax credits that were going out in the middle of every month to expire in January. The cancellation whittles family incomes at a time when people are grappling with higher prices.

However, families received only half of their 2021 credit on a monthly basis and the other half will be received when they file their taxes in the coming months. The size of the credit will be cut in 2022, with full payments going only to families who earned enough income to owe taxes, a policy choice that will limit the benefits for the poorest households. And the credits for 2022 will come only once people file their taxes next year.

West Virginia families interviewed by The Associated Press highlighted how their grocery and gasoline bills have increased and said they'll need to get by with less than a few months ago.

"You're going to have to learn to adapt," said Roberts, who worked as an auto dealer for five decades. "You never really dreamed that everything would all of a sudden explode. You go down and get a package of hamburger and it's $7-8 a pound."

By the Biden administration's math, the expanded child tax credit and its monthly payments were a policy success that paid out $93 billion over six months. More than 36 million families received the payments in December. The payments were $300 monthly for each child who was 5 or younger, and $250 for children between 6 and 17.

The Treasury Department declined to address questions about the expiration of the expanded child tax credit, which has become a politically sensitive issue as part of Biden's nearly $2 trillion economic package that has stalled in the Senate.

Manchin has supported some form of a work requirement for people receiving the payment, out of concern that automatic government aid could cause people to quit their jobs. Yet his primary objection, in a written statement last month, sidestepped that issue as he expressed concerns about inflation and that a one-year extension masked the true costs of a tax credit that could become permanent.

"My Democratic colleagues in Washington are determined to dramatically reshape our society in a way that leaves our country even more vulnerable to the threats we face," Manchin said. He added that he was worried about inflation and the size of the national debt.

But Joanna Vance of Beckley, who works for a nonprofit social justice group, said Manchin needs to learn more about his constituents, especially southern communities where thousands of coal mining jobs were lost over the past decade as companies and utilities explore using other energy sources such as natural gas, solar and wind.

The Census Bureau surveyed the spending patterns of recipients during September and October. Nearly a third used the credit to pay for school expenses, while about 25% of families with young children spent it on child care. About 40% of recipients said they relied on the money mostly to pay off debt. 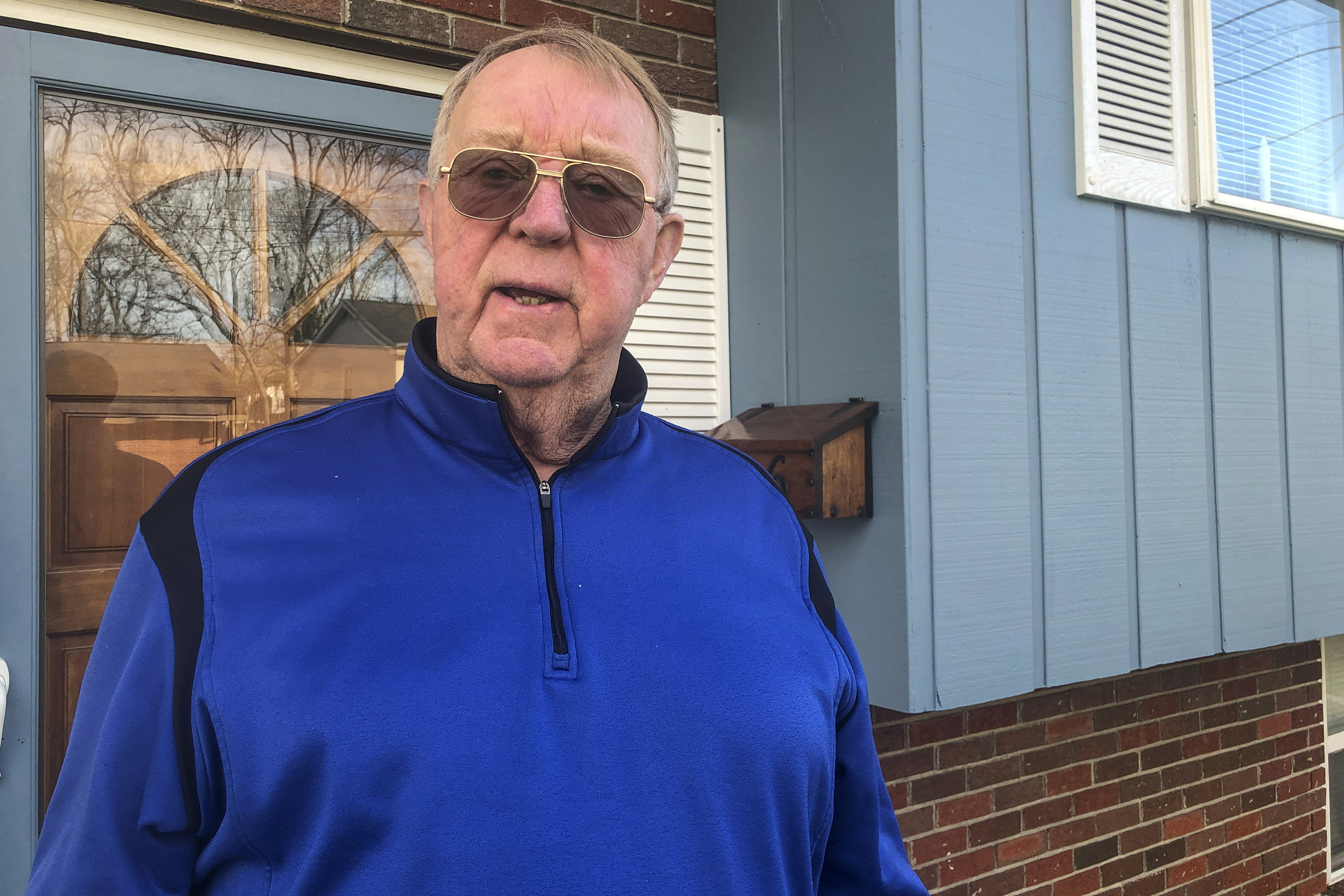 Retiree Andy Roberts is shown at his home Thursday, Jan. 13, 2022, in St. Albans, W.Va. For the first time in half a year, families Jan. 14, 2022, are going without a monthly deposit from the federal child tax credit. Roberts relied on the check to help raise his two young grandchildren, whom he and his wife adopted. (AP Photo/John Raby) 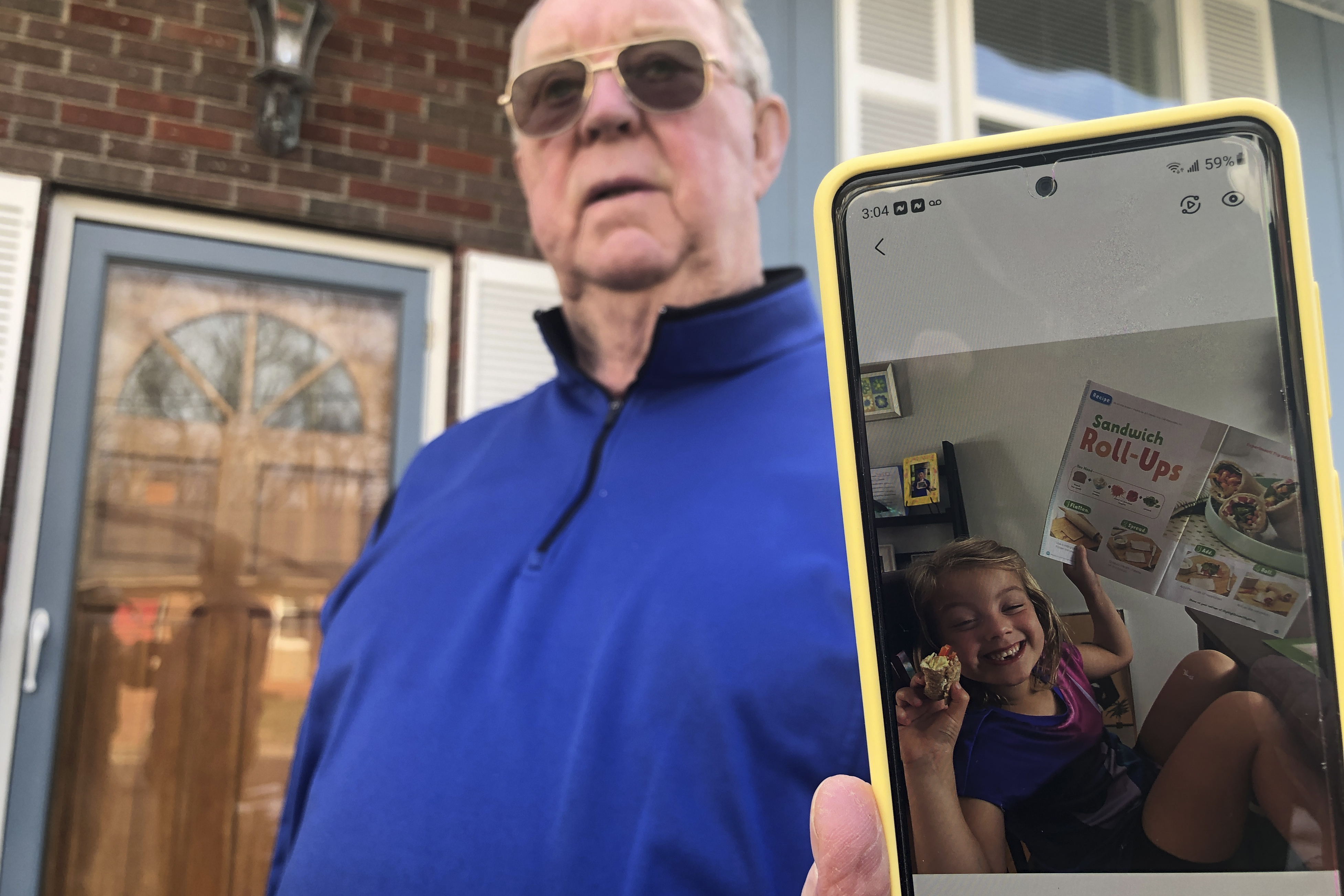 Retiree Andy Roberts displays a photo of his daughter, 5-year-old Tesla, at his home Thursday, Jan. 13, 2022, in St. Albans, W.Va. For the first time in half a year, families on Jan. 14, are going without a monthly deposit from the federal child tax credit. Roberts relied on the check to help raise his two young grandchildren, whom he and his wife adopted. (AP Photo/John Raby) 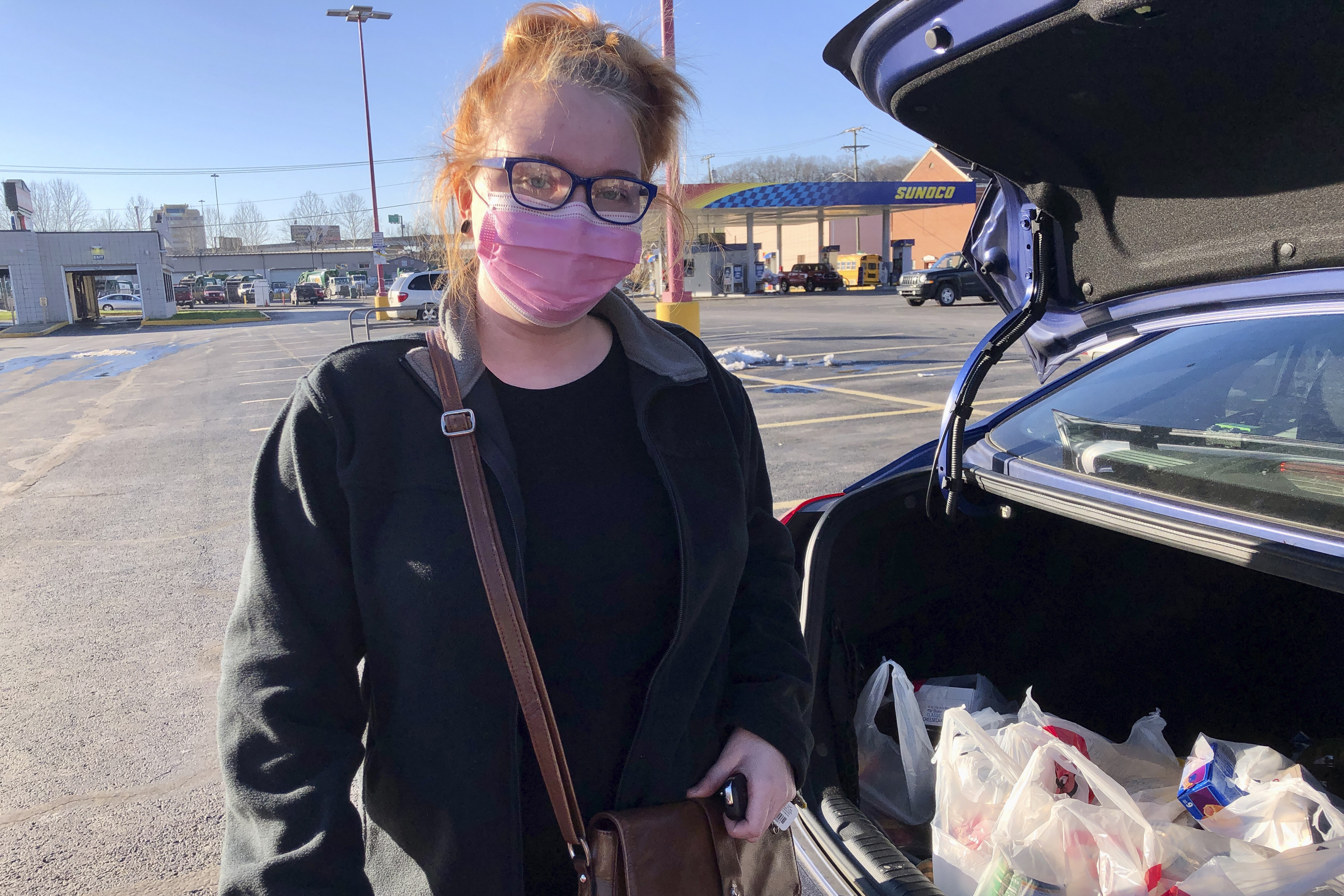 Hairdresser Chelsea Woody stands outside her car at a grocery store Tuesday, Jan. 11, 2022, in Charleston, W.Va. For the first time in half a year, families on Jan. 14, are going without a monthly deposit from the federal child tax credit. Woody, a single mother, relied on the check to help raise her young son. (AP Photo/John Raby)