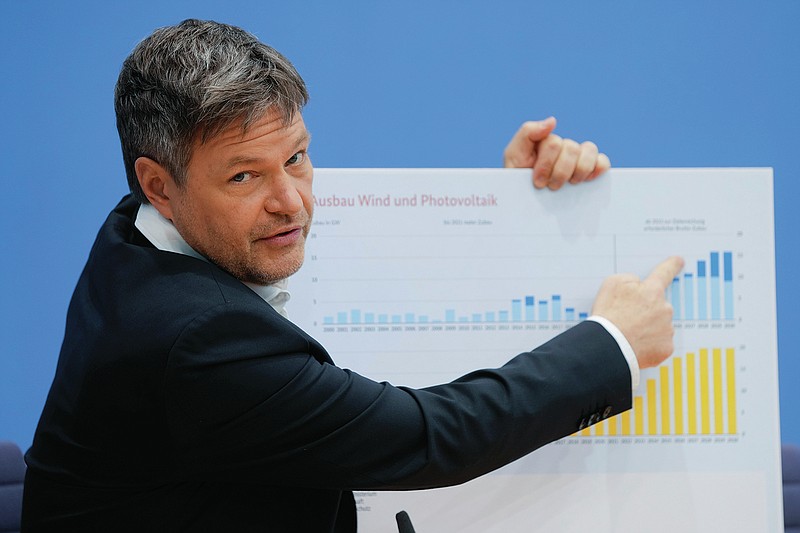 BERLIN -- Germany's new climate minister said Tuesday that the country faces a "gigantic" task if it wants to achieve its goals for reducing greenhouse gas emissions while ensuring sufficient energy for its energy-hungry industry.

Robert Habeck, a member of the environmentalist Greens, told reporters in Berlin that Germany is on track to halve its emissions by 2030 compared to 1990 levels -- far off the government's target of 65%.

Pandemic-related effects that allowed Germany to achieve its interim goal of a 40% reduction by 2020 fell away last year, resulting in a renewed rise in emissions for 2021.

One reason for Germany's rising emissions is the decision to switch off all nuclear power plants by the end of this year, increasing reliance on coal-fired power plants.

The government plans to phase out coal power "ideally" by 2030 as well, filling the gap with less polluting natural gas until enough renewable energy is available to meet the demands of Europe's biggest economy.

Renewable sources such as solar and wind power currently provide about 43% of Germany's electricity, but that share needs to almost double to 80% by 2030, Habeck said. He noted that electricity consumption over that period is projected to increase significantly as people switch from combustion engine vehicles to electric cars, and heating homes with oil to electricity-powered heat pumps.

"You can see the task is big, gigantic," Habeck said.

The new center-left government that took power in Germany last month plans to put forward two packages of legislation this spring and summer that include revising subsidies for renewable energy, requiring solar panels on new buildings and adjusting the rules on where wind turbines can be erected.

Habeck said he expects a "huge political debate" over the measures but insisted that Germany can't afford to frame it as a trade-off between preserving the natural landscape, protecting the economy or reducing emissions. Last year's deadly flash floods in western Germany, which killed some 200 people and devastated entire villages, had shown one could happen without the others, he said.

A report by reinsurance company Munich Re this week found the floods in July were the costliest natural disaster ever recorded in Europe.

Some environmental groups have reacted angrily to draft European Union plans that would allow nuclear and gas power plants to be labeled "sustainable." The proposal is seen as a compromise between France, which seeks to expand its use of nuclear power, and Germany, which wants to boost natural gas as a "bridge technology" on the way to a carbon-free future.

On Tuesday, a group of activists placed an atomic power plant made of cardboard in front of German Chancellor Olaf Scholz's office and held up banners reading: "No green stamp for nuclear and gas."

Habeck said that while he doesn't support the use of nuclear energy, it was up to each European country to decide how it wants to reduce its greenhouse gas emissions to zero.

Habeck also said it was "logical" to work on the premise that the amount of carbon dioxide Germany can emit in future is finite. The idea of fixed "carbon budgets" is something many countries oppose, but Habeck told The Associated Press that he believes the principle should apply globally. 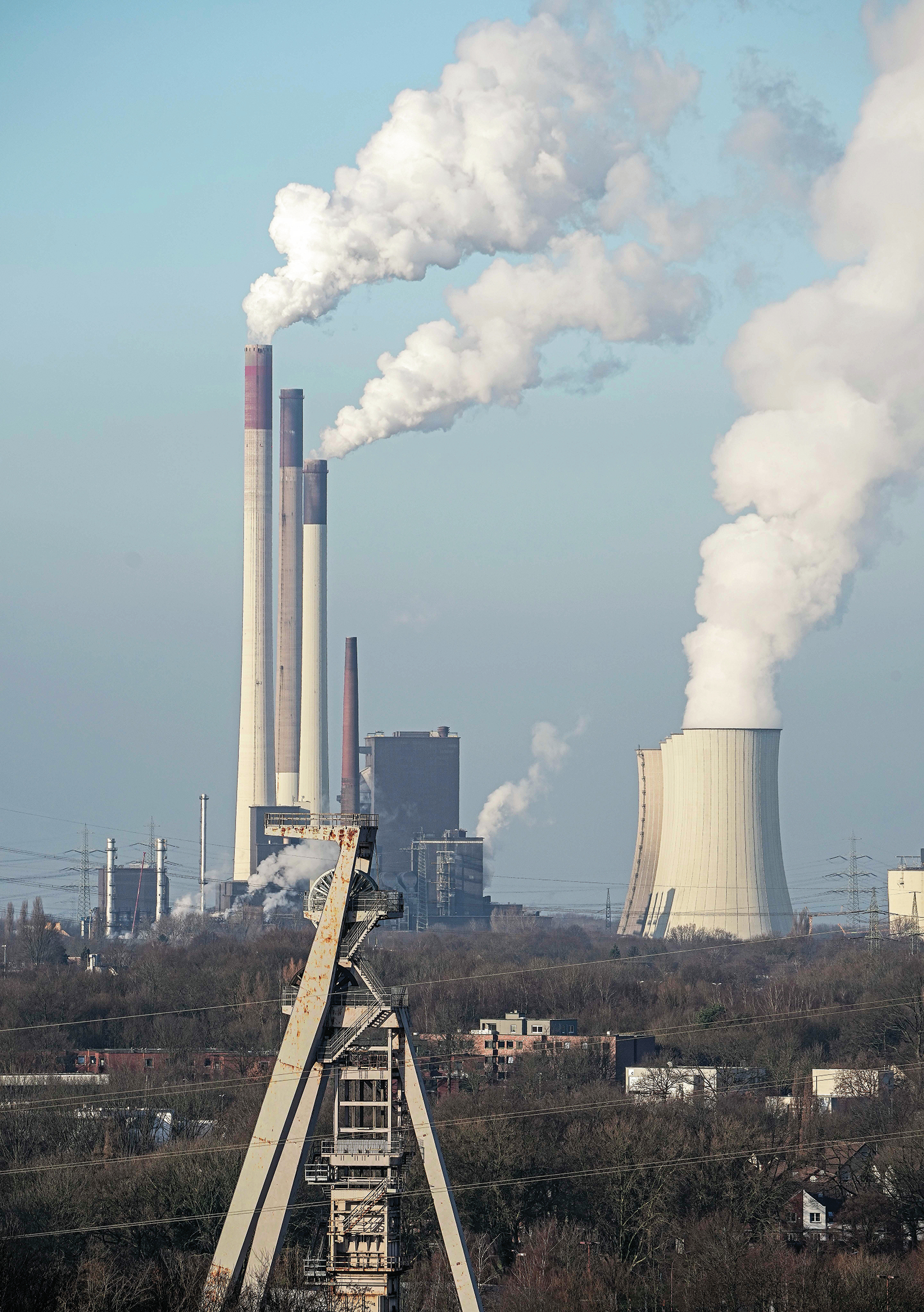 The Scholven coal fired power station, owned by uniper, steams behind a closed coal mine in Gelsenkirchen, Germany, Monday, Jan. 10, 2022. The power plant is being rebuilt from coal to a combined cycle gas turbine plant. (AP Photo/Martin Meissner) 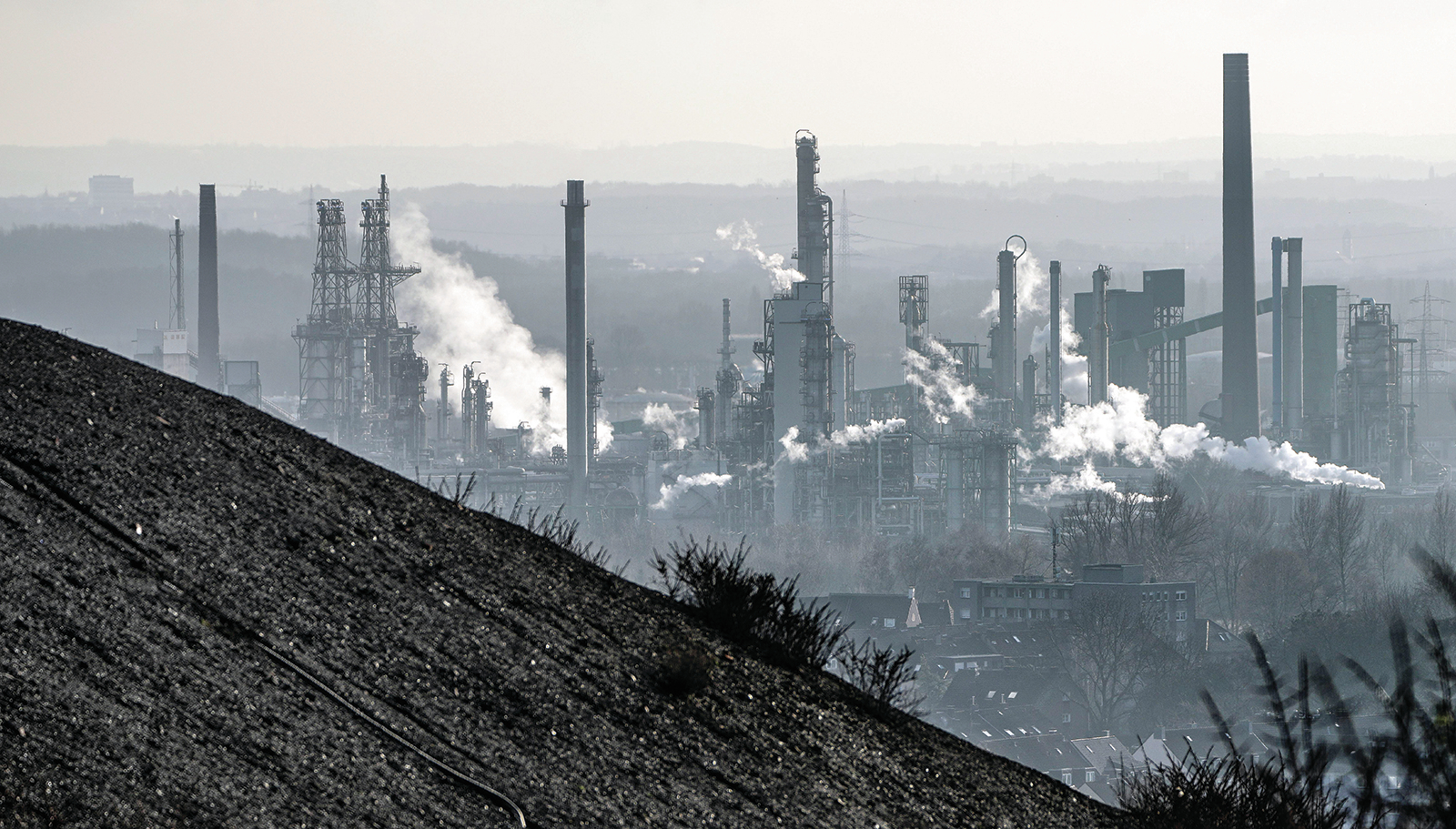 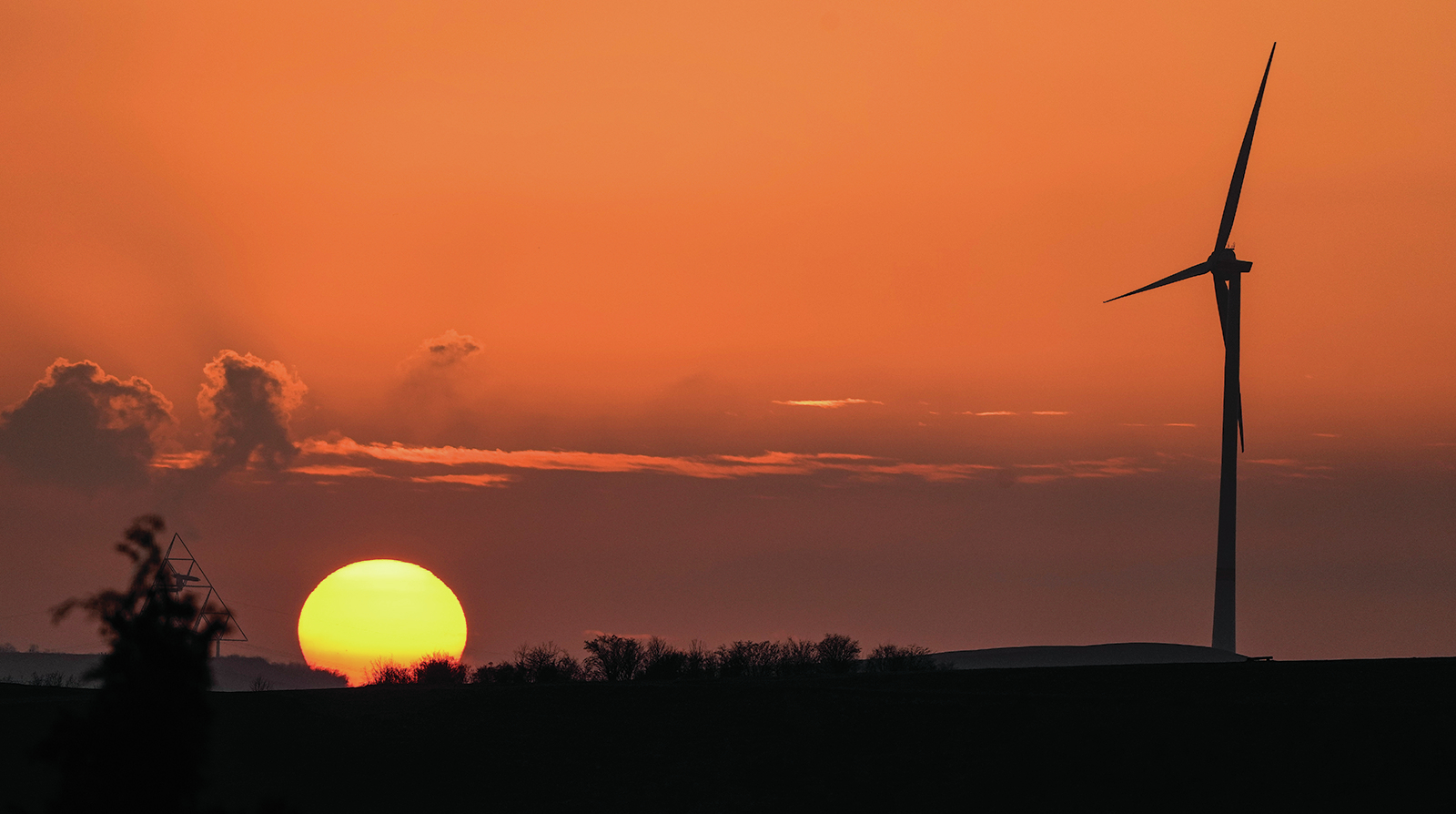 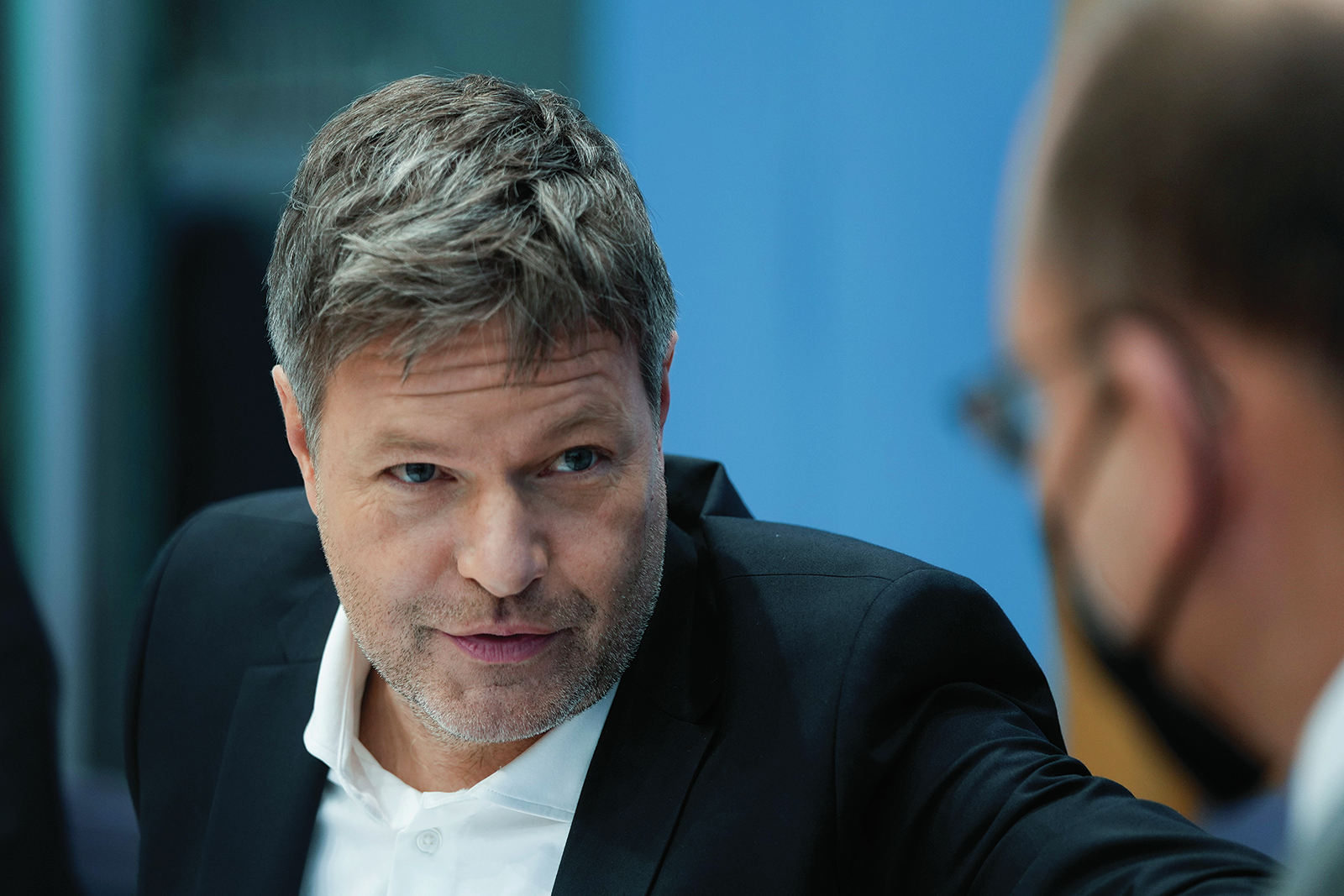 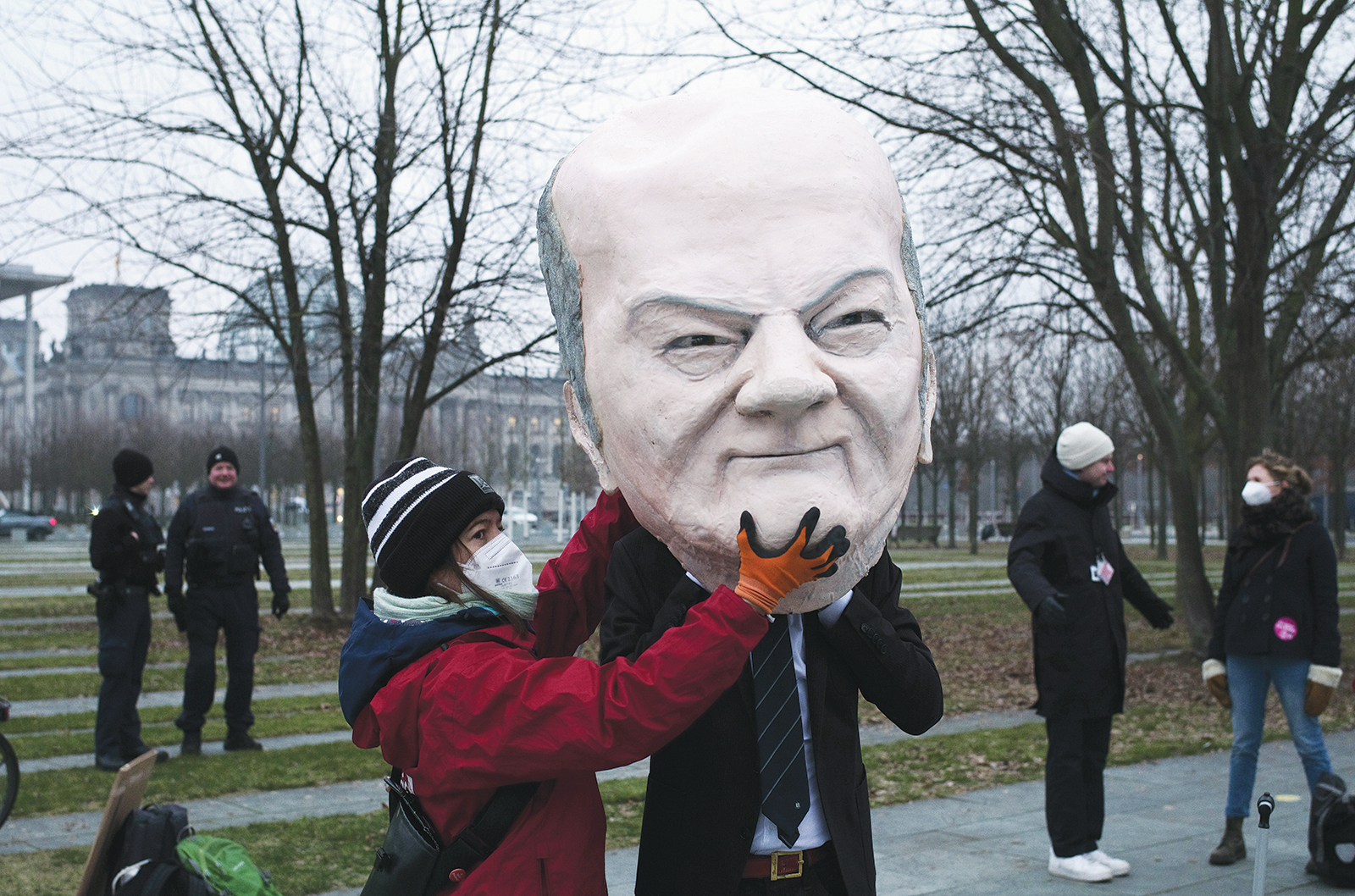 An activist helps another activist to put on a mask of German Chancellor Olaf Scholz prior to a protest against the climate policy near the Chancellery in Berlin, Germany, Tuesday, Jan. 11, 2022. An alliance of environmental organizations is protesting against the EU Commission's plans to label gas and nuclear energy as environmentally friendly. In the background the German parliament building, the Reichstag Building. (AP Photo/Markus Schreiber) 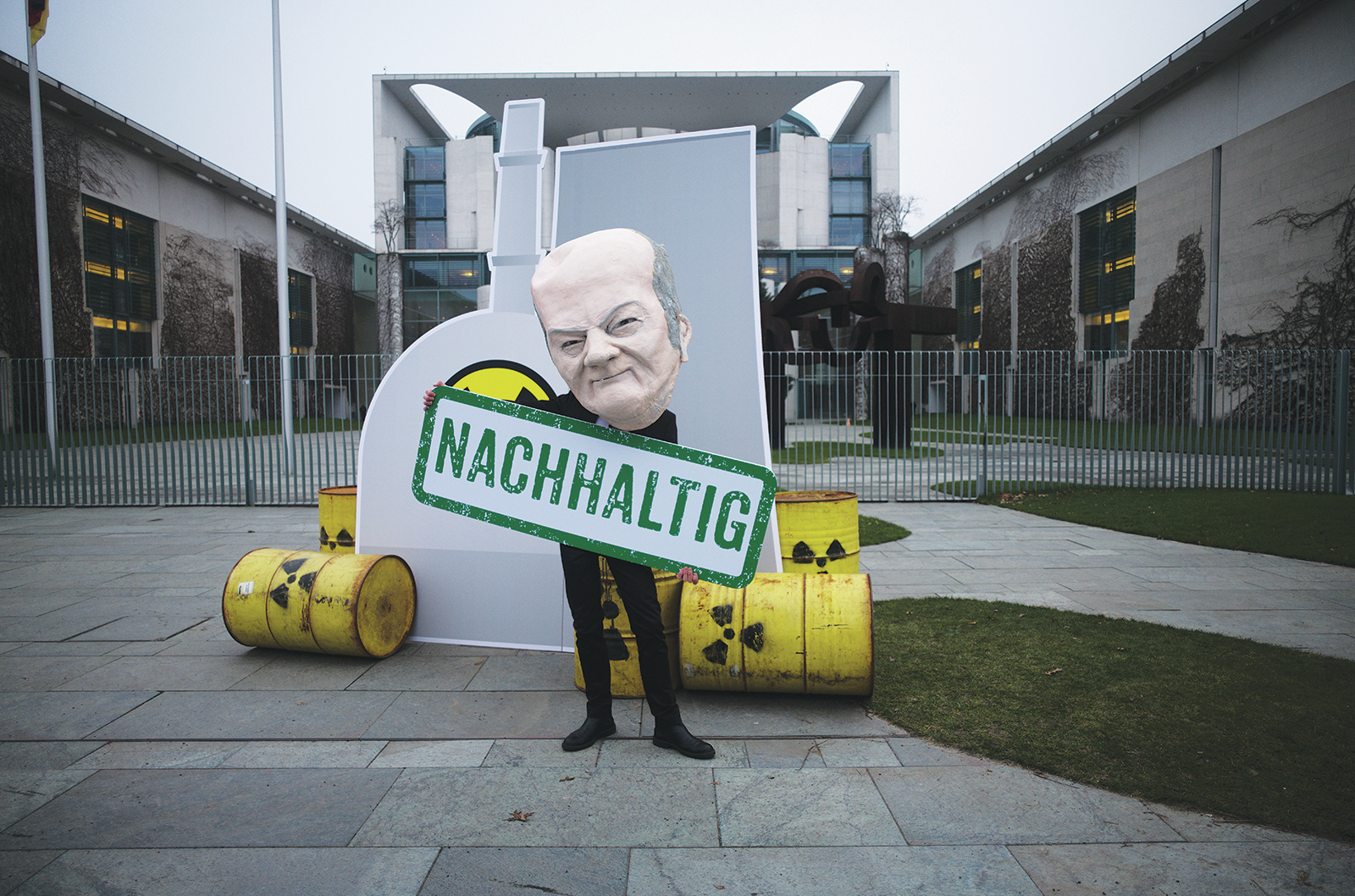 An another with a mask of German Chancellor Olaf Scholz holds a banner reading: 'Sustainable' during a protest against the climate policy in front of the Chancellery in Berlin, Germany, Tuesday, Jan. 11, 2022. An alliance of environmental organizations is protesting against the EU Commission's plans to label gas and nuclear energy as environmentally friendly. (AP Photo/Markus Schreiber)