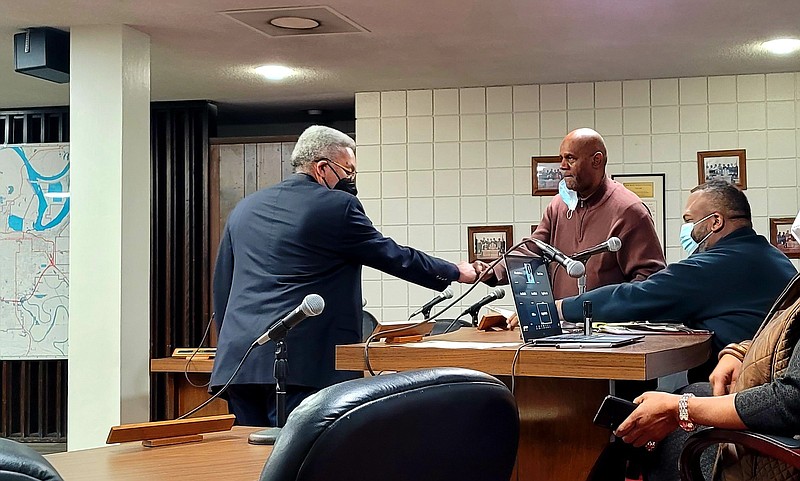 Veronica Young, chief district court clerk, informed the committee that Motorola still did not have a court module which she called "disheartening."

Young made the comments Friday at the Public Safety Committee's first meeting of the new year. Chaired by Glen Brown Jr., the meeting was held in the city hall chambers with committee member Ivan Whitfield in attendance and Lloyd Holcomb Jr. participating via Zoom.

Karen Blevins, director of the Jefferson County Office of Emergency Management, said the system would provide the association, which handles emergency communications for eight area law enforcement agencies and 16 fire departments, with an upgrade to its aging system.

According to Fire Chief Shauwn Howell, the Motorola system is currently in use, but officials have to use third-party software to run reports.

Young said that in the last meeting with Motorola, officials were informed that the only way to connect to the police department would be through email, which, in her opinion, was "unacceptable."

"We as the court have to be able to do our job," Young said, adding that who said they are still using ADSI as well as the Pine Bluff Police Department.

Young said ADSI, which is a communications system, was introduced to the county to get all departments on the same system.

"ADSI could service the entire municipality," said Young. "Now we are split again."

Pine Bluff Mayor Shirley Washington said a meeting with Motorola is scheduled for next week at the courthouse.

In other news, Animal Control reported 136 animals that were brought into the shelter for the month of December. Sixty-three animals were rescued, 24 euthanized, 11 reclaimed and six were adopted.

During Howell's report, he stated his department's No. 1 focus was to keep everyone healthy.

According to Howell, several employees have either tested positive or are in quarantine due to covid-19. But he said he was thankful that no one was gravely ill from the virus.

A total of 30 homicides, with three in December, were reported. The total number increased from the 27 homicides in 2020. Residential burglaries were the only category with a total decrease going from 289 in 2020 to 258 in 2021.

Six felony arrests were made in December and the efforts from the Blue Rain initiative have successfully led to traffic stops and reduced crime in hot spot areas, Franklin said.

Franklin said all certified officers are required to work the streets and more responsibility is being handed to those in a supervisory role.

"I know they are out working hard," said Franklin, who added that he had about 15 officers out sick, some of whom were in quarantine. "Some officers are coming in and working the extra hours."

Despite the numbers, Franklin said a lot of progress was made in 2021.

"We are headed in the right direction," he said. "We are going to get there."