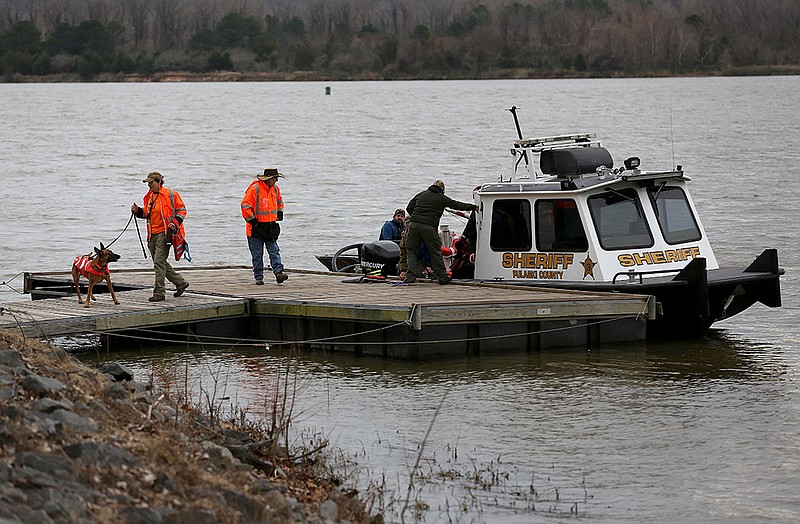 Search dogs are off-loaded from a Pulaski County sheriff’s office boat Friday at Park on the River in Maumelle after searching for a missing Maumelle woman. (Arkansas Democrat-Gazette/Thomas Metthe)

The Maumelle Police Department reported Sunday afternoon that the body of Ashley Haynes has been recovered, four days after she had gone paddleboating on the Arkansas River.

Haynes was reported missing Wednesday evening. According to a Police Department Facebook post, the body was found by a search party on the north side of the river, and the department was notified at around noon.

"There appears to be no signs of foul play and the Maumelle PD will await results from the Arkansas State Crime Lab in reference to Mrs. Haynes," the Facebook post said.

Family members reported Haynes missing around 6 p.m. Wednesday after she left to paddleboard on the river about 1 p.m. that day and did not return home.

Personnel from the Arkansas State Police, the Pulaski County sheriff's office and the Arkansas Game and Fish Commission assisted Maumelle Police in the initial search effort, which was suspended Friday.