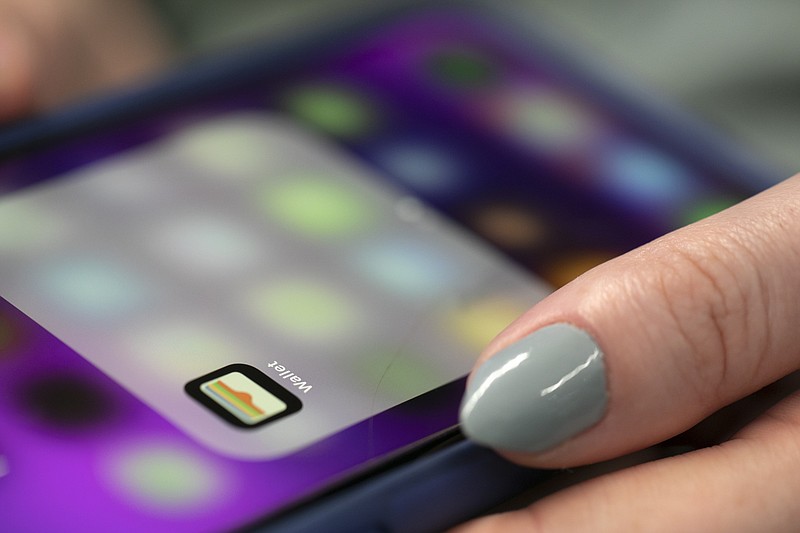 FILE - A person uses an iPhone on Oct. 8, 2019 in New York. Apple is letting some iPhone users fix their own phones, a sharp turnaround for a company that has long guarded its software in a walled garden that only Apple-approved technicians can unlock. The company said Wednesday, Nov. 27, 2021, it will enable users of two of the newest iPhone models and later some Mac computers to get access to genuine Apple parts and tools to be able to repair them. (AP Photo/Jenny Kane, File)

VAN BUREN -- The Crawford County government is still unable to provide certain services after getting hit by a malware attack over the Christmas holidays.

County Judge Dennis Gilstrap said Tuesday ransomware of unknown origin struck the county's servers Dec. 26. He said it could be two or three weeks before the county's computer system is back online and completely recovered.

The FBI website defines ransomware as a kind of malicious software preventing access to computer files, systems or networks and demands a ransom in exchange for their return.

Gilstrap said Crawford County hasn't paid a ransom. The county's information technology provider, the Rogers-based Apprentice Information Systems, shut down everything as soon as the county realized it had been hit by a cyber attack. This included all of the county's servers and computers.

"And so it's just kind of been a method of discovery as they go in and bring back up to see what information may have been lost or compromised," Gilstrap said. "To this point, we did lose some of the files on the individual computers."

Gilstrap attributed the amount of time it's been taking to address this issue to Apprentice needing to "reimage" the county's computers. He estimated the number of these computers to be about 200 and said they were hit at different levels.

However, Gilstrap said most of the files lost weren't vital and not backed up on the computer system.

"Which information we keep on those computers is pretty much public information with the exception of employee serial numbers, Social Security numbers, that type of thing, and we don't feel like any of that was compromised," Gilstrap said.

Apprentice's policy isn't to comment on ongoing issues such as this, according to the county judge's office.

Every county department is still dealing with the effects of the ransomware attack, which has caused inconvenience for residents, according to Gilstrap. For example, there were a couple of days following the attack in which residents wanting to pay their taxes were redirected to how they could do so online.

"The plan was to go back and get every office one or two of their computers in each office reimaged and up to operating until we could get them all," Gilstrap said.

County Clerk Jo Wester said her office couldn't do anything for residents for which it needs to print a receipt or have a document as of Wednesday. This includes issuing marriage licenses, doing business as cards and ministerial credential cards. It also can't copy marriage licenses, although it can register voters.

Gilstrap said the county has reported the incident to the Arkansas Legislative Audit, law enforcement and the Federal Bureau of Investigation.