Hasn't this dress been worn before? 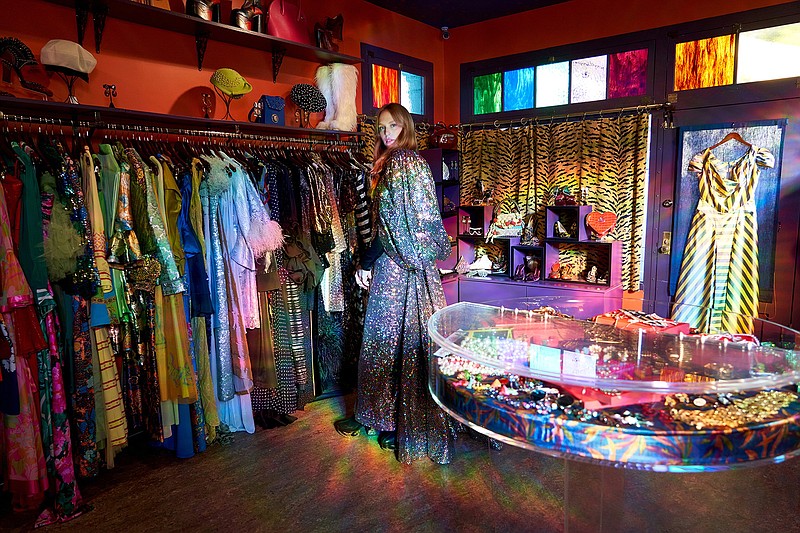 The red carpet is a financial exchange -- the most high-profile of red carpets, at least. If the E! Network has at least one microphone-wielding reporter on standby, there is serious money on the table.

But like many financial exchanges, its transactions are often opaque. Fashion brands pay undisclosed amounts of money for celebrities to be "ambassadors," to wear their gowns and tuxedos and nail polish and shapewear (though not all brands, and not all celebrities).

Which is why the steady and well-documented rise of vintage garments on major red carpets has been so notable. And can be expected to continue this awards season, if covid doesn't squelch them once again.

Just before the pandemic, Kim Kardashian wore a museum-quality Alexander McQueen dress, also from 2003, to Vanity Fair's Oscar party. One year earlier, Cardi B emerged from a seashell-inspired Thierry Mugler gown at the Grammys, circa 1995, and Gwyneth Paltrow attended the Emmys in a black-and-white feathered gown by Valentino, circa 1963.

"More and more people are aware that what we see on the red carpet is paid for -- a branding opportunity," said Cherie Balch, a vintage collector who owns the store Shrimpton Couture. In 2008, for example, a lawsuit revealed that actress Charlize Theron had been paid $200,000 to wear Chopard jewels at the Academy Awards two years earlier.

"So when someone chooses to wear vintage," she said, "they're kind of saying: 'I'm an individual here. I'm wearing this because I really love how it looks on me. I don't care that it's not sponsored by somebody.' That feels more authentic to a lot of people in a very branded world."

Worn garments have long had a presence on the red carpet: Consider the 1950s Dior dress Reese Witherspoon wore to the Academy Awards in 2006, or Julia Roberts breaking the rules of Oscars fashion by wearing a 1992 Valentino to the 2001 ceremony.

But collectors, including Balch, say current demand has never been higher (even with major events being continually postponed or Zoomified in the pandemic). They are reaching new consumers, thanks in part to more celebrities and stylists crediting them on social media, and reshaping how they do business.

Aralda Vintage, which provided Rodrigo with the rhinestone butterfly earrings she wore to the MTV Video Music Awards as well as the '90s Chanel suit she wore to the White House in July, has a storefront in Beachwood Canyon in Los Angeles -- a quiet neighborhood that became somewhat less quiet in 2020, after Harry Styles mentioned a local cafe in a song and attracted a stream of enthusiastic new visitors. The small store feels like a secret spot, dimly lit and warm, with racks of sequins and feathers and tulle and tweed lining the walls.

Brynn Jones, the owner, said she plans to open a second store this year, in the Los Feliz neighborhood. It will be larger, with more unlabeled vintage clothing and more accessible prices, while the smaller store will remain stocked with the kind of high-end archival pieces sought out by celebrities and their stylists. (When Justin Bieber wanted to buy vintage looks for his wife, Hailey, for her birthday, their stylist, Karla Welch, reached out to Aralda, Jones said.)

When it comes to getting vintage looks on the red carpet, Jones said, the biggest challenge is often sizing. Temporary alterations can be needed to achieve a perfect fit, but not without risking the original structure of the piece.

'ALL THESE JUDGMENT CALLS'

"It's tough, because I don't want to risk a one-of-a-kind piece," she said. "There are all these judgment calls -- having boundaries for my business and myself but also wanting to possibly have this moment with this team."

She once lent a piece to a major magazine for a photo shoot with a celebrity, but the garment was never returned; she later tracked it down after seeing the celebrity wearing it in paparazzi photos.

"It's not like we have 10 more in different sizes," Jones said.

Vintage collectors, by nature, care deeply about preservation. While some have stores with pieces for sale, like Jones and Balch, others only rent pieces.

"I feel strongly about giving pieces a permanent home," said Haile Lidow, whose business Lidow Archive fills a sprawling house in Los Feliz imbued with 1990s drag spirit -- a lot of hot pink, clashing prints, giant props and wigged mannequins everywhere. "Which is difficult, because monetarily, it would be more beneficial if I did sell, but I don't."

For a celebrity, Lidow said, there is simply more risk in wearing vintage at a live event than in an edited photo shoot.

"When it's red carpet, it has to be perfect -- and vintage isn't always perfect," she said. "So many things have to go right."

Balch, who runs Shrimpton Couture from her home in Canada, has shared a similar sentiment with her 88,500 followers on Instagram, where she likes to provide the histories of her pieces: who made it, who wore it, why it's special -- stories that don't necessarily exist yet for brand-new runway-to-red carpet gowns.

"I've said in the past, whenever someone actually wears vintage, it's kind of a bit of a miracle," Balch said. "That's not just being dramatic, it's the actual truth. These people have access to anything."

Beyond the challenge of achieving the right fit, or competing with brands that pay celebrities to wear their designs -- "and I've lost that battle before," Balch said -- some vintage may just be too fragile. The pieces are unsuitable for sitting through dinner and drinks at the Golden Globes, for example, in addition to the preshow parade and post-show parties.

Some vintage may look too obviously vintage. Celebrities and their stylists tend to prefer timeless, more streamlined pieces for the red carpet.

But that could be changing. In September, Ruth Negga, star of 2021's "Passing," was praised by Vogue and others for wearing a 1992 dress by Arnold Scaasi with Princess Diana-level puffy emerald velvet sleeves. It was borrowed by her stylist, Welch, from Shrimpton Couture.

"That's an obvious vintage gown," Balch said. "Honestly, even I was shocked that it ended up being the one. I was like: 'OK, I'm going to send it. I don't know if you're going to use this one because this one is very vintage looking.'"

When the gown was returned, Balch decided not to raise its price ($2,400) despite the positive press. (The dress has since sold.)

Public opinion of old couture has evolved, too, and this wave of collectors is reveling in that. "I was always the weird one," Lidow said, recalling her work as an intern at fashion magazines in her late teens and a public relations assistant in her early 20s. Jones said that as a rebellious Mormon teenager in Oregon, she daydreamed about escape through magazines, MTV and videotapes of award-show red carpets.

"When I was growing up," Balch said, "women were taught to never be seen in public wearing the same thing twice. Not only was it just like an unspoken rule, it was an actual rule written down on the cover of many magazines.

"Now it's almost like: 'Why haven't you worn something vintage on the red carpet yet? What is wrong with you?'" 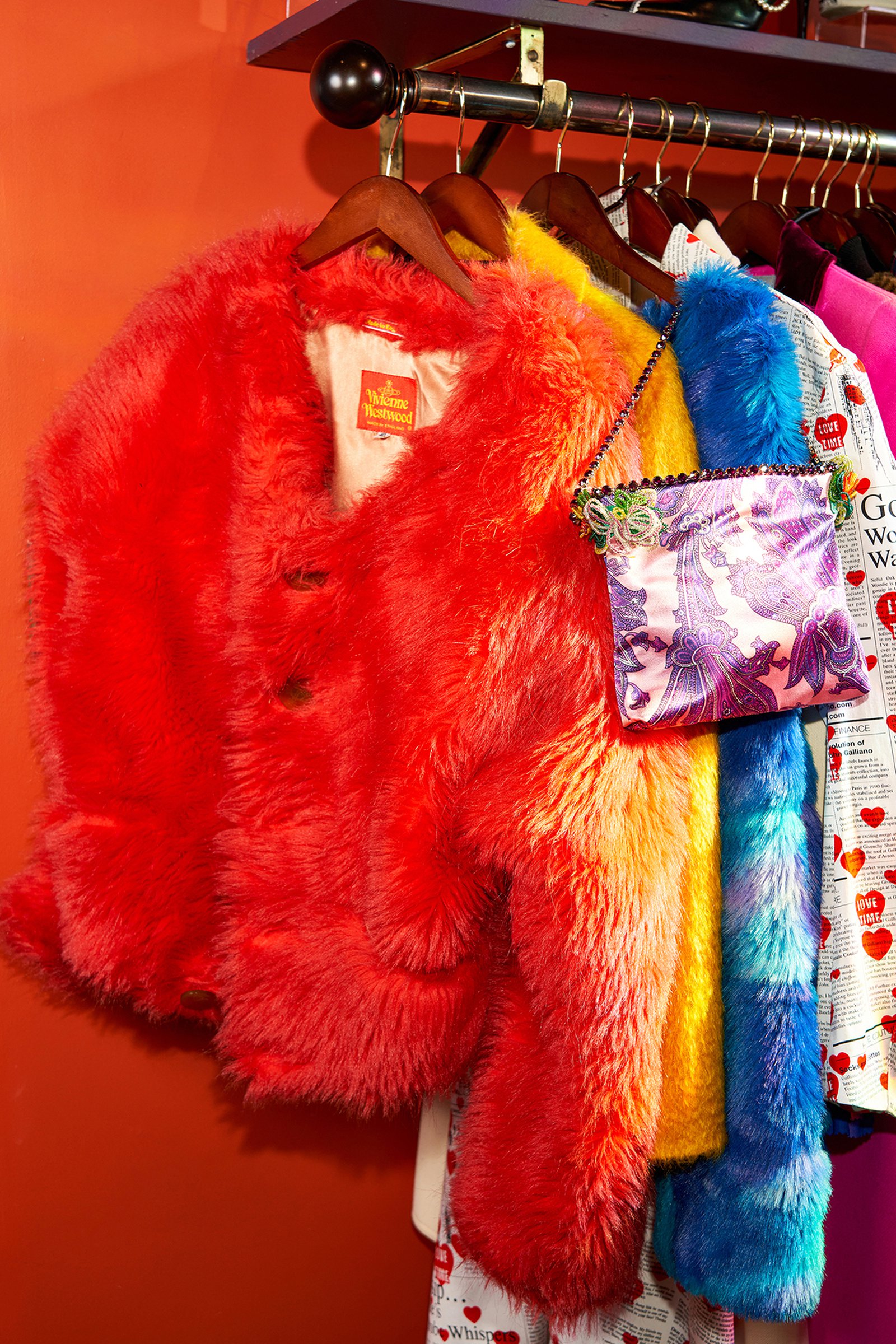 A Vivienne Westwood piece from 1992 is seen Jan. 3 at Aralda Vintage in Los Angeles. (The New York Times/Michelle Groskopf) 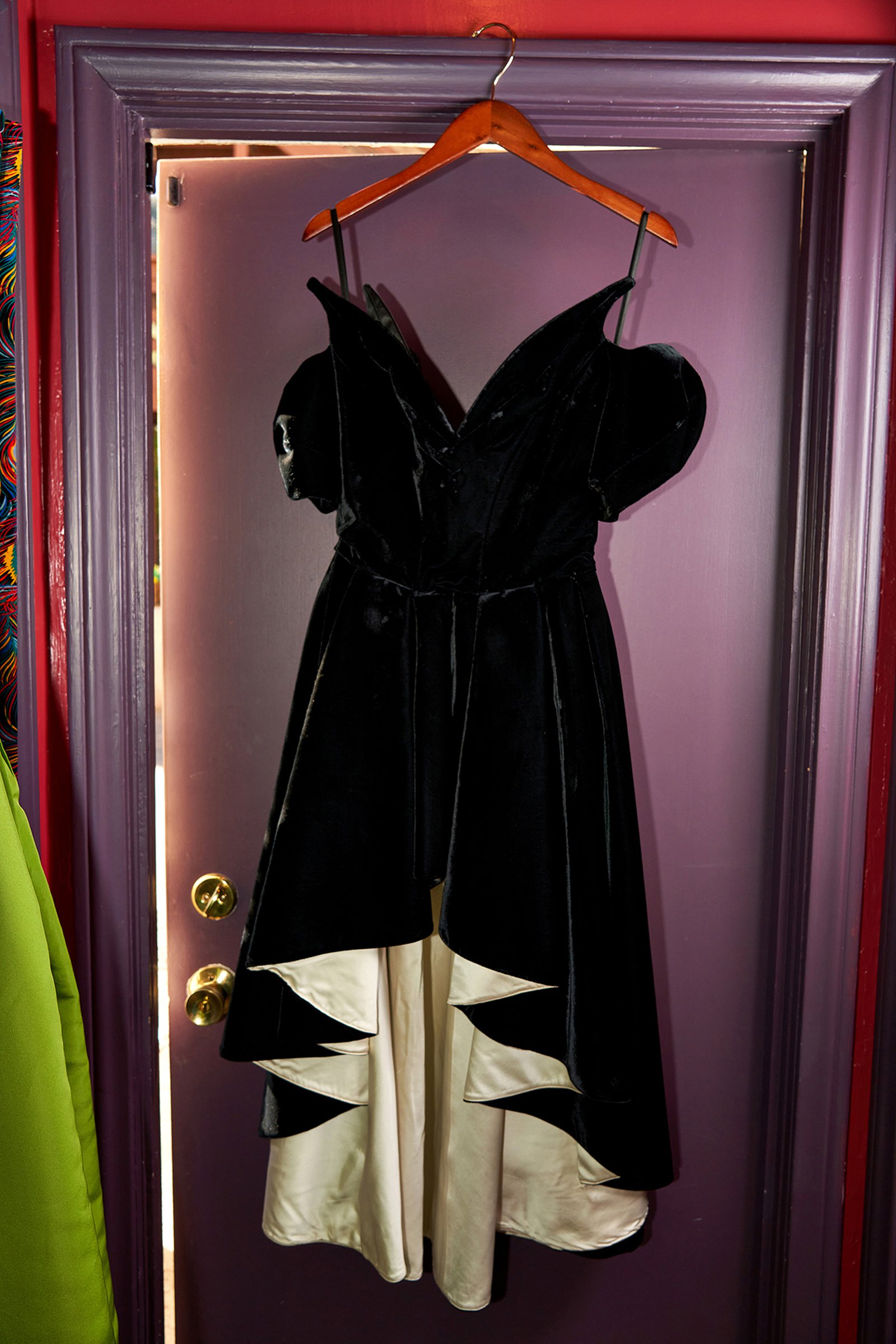 A Thierry Mugler dress from 1991 is on display at Aralda Vintage in Los Angeles. (The New York Times/Michelle Groskopf) 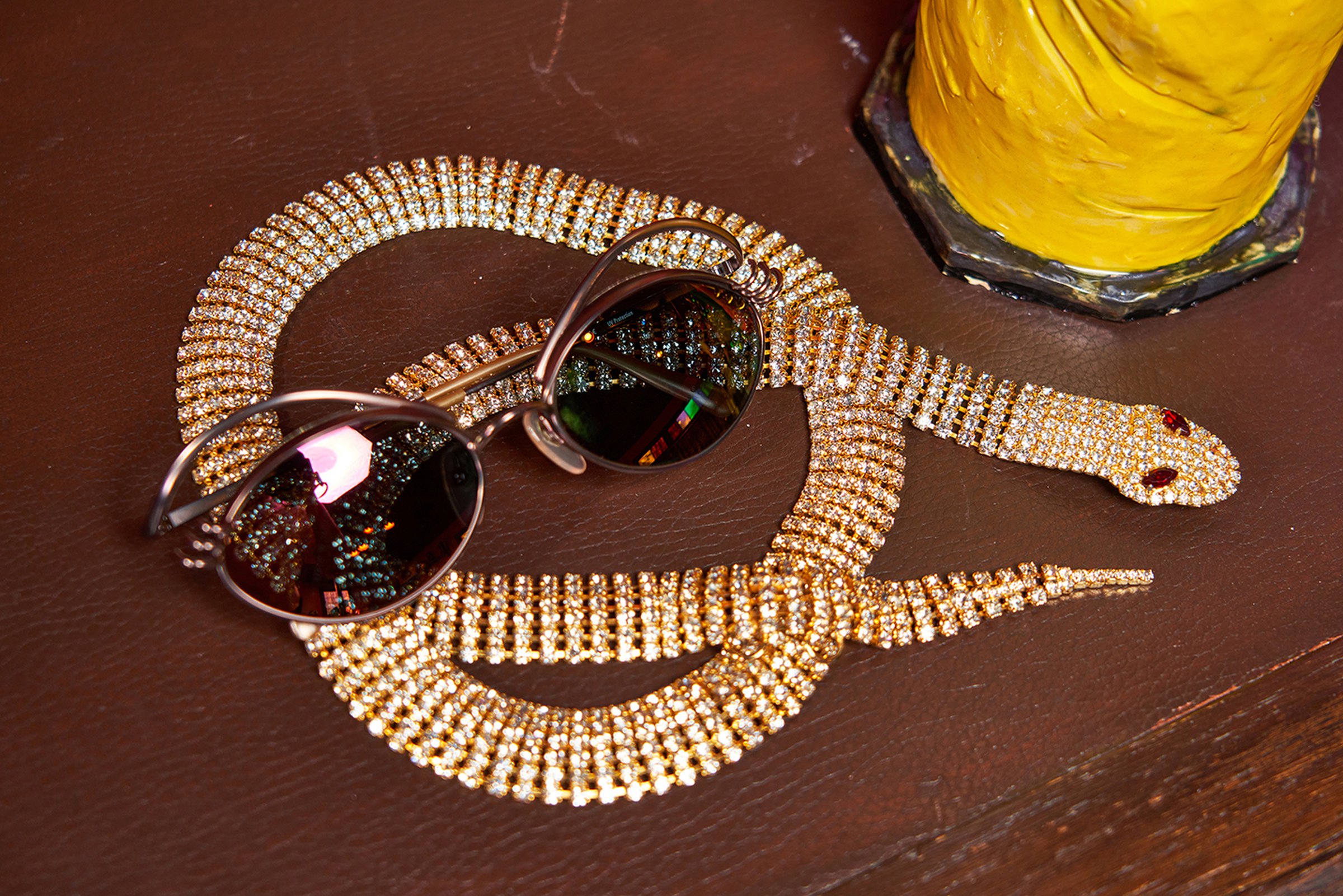 Jean Paul Gaultier “eyebrow” sunglasses from the 1990s and a Dolce & Gabbana snake belt from 2000 are seen at Aralda Vintage in Los Angeles. (The New York Times/Michelle Groskopf)

Print Headline: Hasn't this dress been worn before?