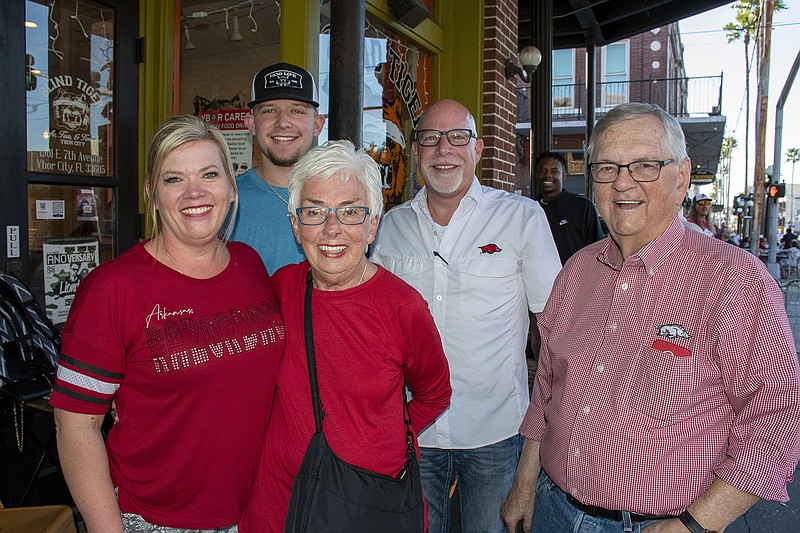 TAMPA, Fla. -- Seventh Street in Ybor City, a historic district once known as the Cigar Capital of the World, was the route for the Outback Bowl's New Year's Eve Parade.

The cigar shops, restaurants and stores along the route had signs in their windows welcoming Outback Bowl fans. Fans in Penn State blue and Razorback red drifted along the route several hours before the parade visiting shops and sitting outside cafes enjoying Cuban coffees, mojitos and other refreshments.

One boisterous table of Razorbacks fans would call the Hogs raising their arms and yelling "Wooooooooo. Pig. Sooie!" every time another group dressed in red walked by.

Members of the Arkansas Alumni Association gathered at Zydeco, a restaurant with a long balcony overlooking the route. They enjoyed drinks, a buffet and posing for pictures with mascots Big Red and Sue E and watched the parade -- which included area marching bands, floats and officials ending with University of Arkansas and Penn State cheerleaders and marching bands.