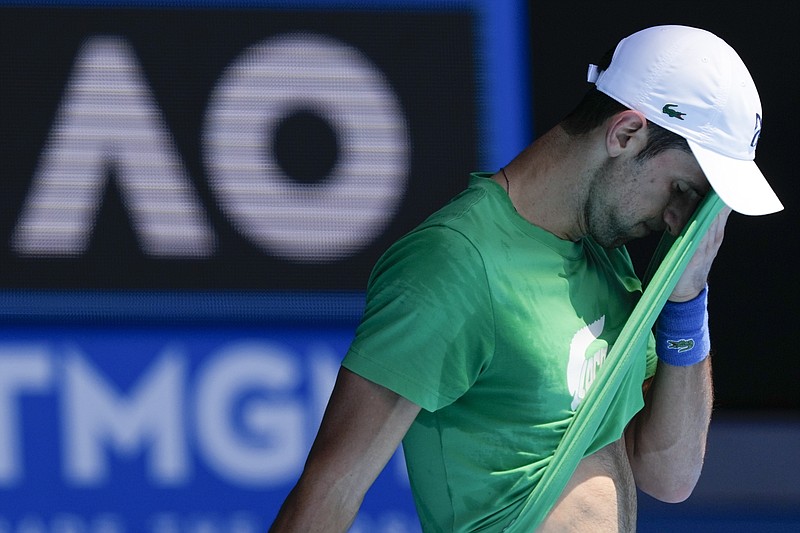 MELBOURNE, Australia -- Instead of starting the defense of his Australian Open title today, Novak Djokovic was on his way home, a stunning and unprecedented end to his run of success at Melbourne Park.

Djokovic has won nine of his 20 Grand Slam trophies at the Australian Open -- including three in a row -- and was scheduled to play in the main stadium to conclude Day 1 of the tournament.

But the No. 1-ranked player in men's tennis had to be deported from Australia after three Federal Court judges decided unanimously Sunday to affirm the immigration minister's right to cancel Djokovic's visa. The ruling was made less than 18 hours before the first Grand Slam matches of 2022 were scheduled to begin.

Djokovic said he was "extremely disappointed" by the legal outcome but respected the decision and would cooperate in his "departure from the country." He also said he planned "to rest and to recuperate."

The 34-year-old from Serbia was trying to use a medical exemption approved by two independent medical panels and Tennis Australia to get around the requirements that everyone at the Australian Open -- players, their support teams, spectators and others -- be inoculated against covid-19.

Djokovic is not vaccinated, and the government said his presence could stir up anti-vaccine sentiments.

The saga started on Jan. 5, when Djokovic's flight landed at a Melbourne airport.

"I am uncomfortable that the focus of the past weeks has been on me," he said Sunday, "and I hope that we can all now focus on the game and tournament I love."

Tennis Australia issued a statement saying it "respects the decision of the Federal Court" and added: "We look forward to a competitive and exciting Australian Open 2022 and wish all players the best of luck."

Djokovic's absence means just one past champion is in the men's bracket: 2009 winner Rafael Nadal. And that also means now it is only Nadal who will have a chance to claim a 21st Grand Slam title and break a tie with Djokovic and Roger Federer (who is sidelined after a series of knee operations).

Djokovic's dominance in Grand Slam play of late has been particularly impressive, winning four of the last seven major tournaments and finishing as the runner-up at two others. The only time he did not get at least to the final in that span was at the 2020 U.S. Open, where he was disqualified in the fourth round for hitting a ball that inadvertently hit a line judge in the throat after a game.

Last season, Djokovic went 27-1 at majors, coming within a victory in the U.S. Open final of becoming the first man since 1969 to win a calendar-year Grand Slam.

Instead, Kecmanovic will head to a smaller arena to face 150th-ranked Salvatore Caruso of Italy, a so-called "lucky loser" -- someone who loses in qualifying rounds but gets access to the main draw because someone else withdraws after the first day's schedule was released.

The Federal Court's decision was as polarizing as Djokovic's vaccination status in a city where residents spent more than 250 days in lockdown and faced harsh travel restrictions at the height of the coronavirus pandemic.

Nadal was among those who said before Sunday's ruling that players knew the rules coming to Australia and no individual was bigger than the tournament.

After the ruling, Vasek Pospisil, a Canadian who won the 2014 Wimbledon men's doubles title and has worked with Djokovic to form an association to represent players, tweeted: "There was a political agenda at play here with the [Australian] elections coming up which couldn't be more obvious."

Pospisil also wrote: "This is not his fault. He did not force his way into the country and did not 'make his own rules.'"

Pospisil said Djokovic wouldn't have traveled to Australia and would have "been home with his family" had he not received the medical exemption that turned out to be so contentious.

The ATP Tour described Djokovic's absence from the Australian Open as "a loss for the game" and said the court ruling "marks the end of a deeply regrettable series of events."

The tour said it "continues to strongly recommend vaccination to all players."

Patrick Mouratoglou, a coach who has worked with Serena Williams and other top players, said the "biggest loser of this mess is the tournament."

Djokovic's visa originally was canceled on Jan. 6 and he spent four nights in an immigration detention hotel before that decision was overturned by a judge on procedural grounds last Monday.

He spent another night confined to an immigration hotel on Saturday while awaiting the result of his last legal challenge.

Australian Prime Minister Scott Morrison has defended Australia's tough border policies since Djokovic was detained, tweeting that "rules are rules" on that day.

Morrison, who will face a vote by May, issued a statement Sunday saying he welcomed the decision "to keep our borders strong and keep Australians safe. ... Australians have made many sacrifices during this pandemic, and they rightly expect the result of those sacrifices to be protected." 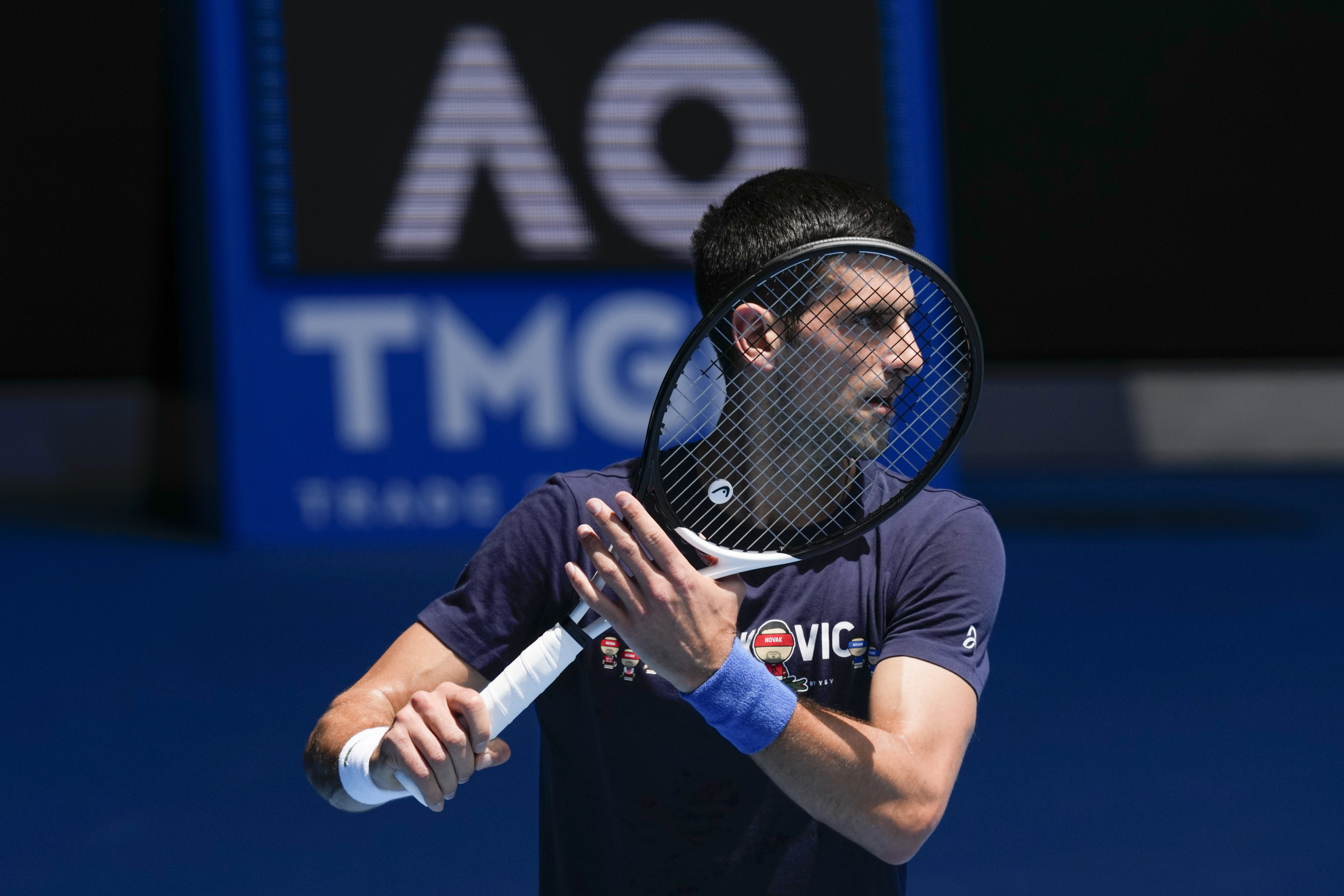 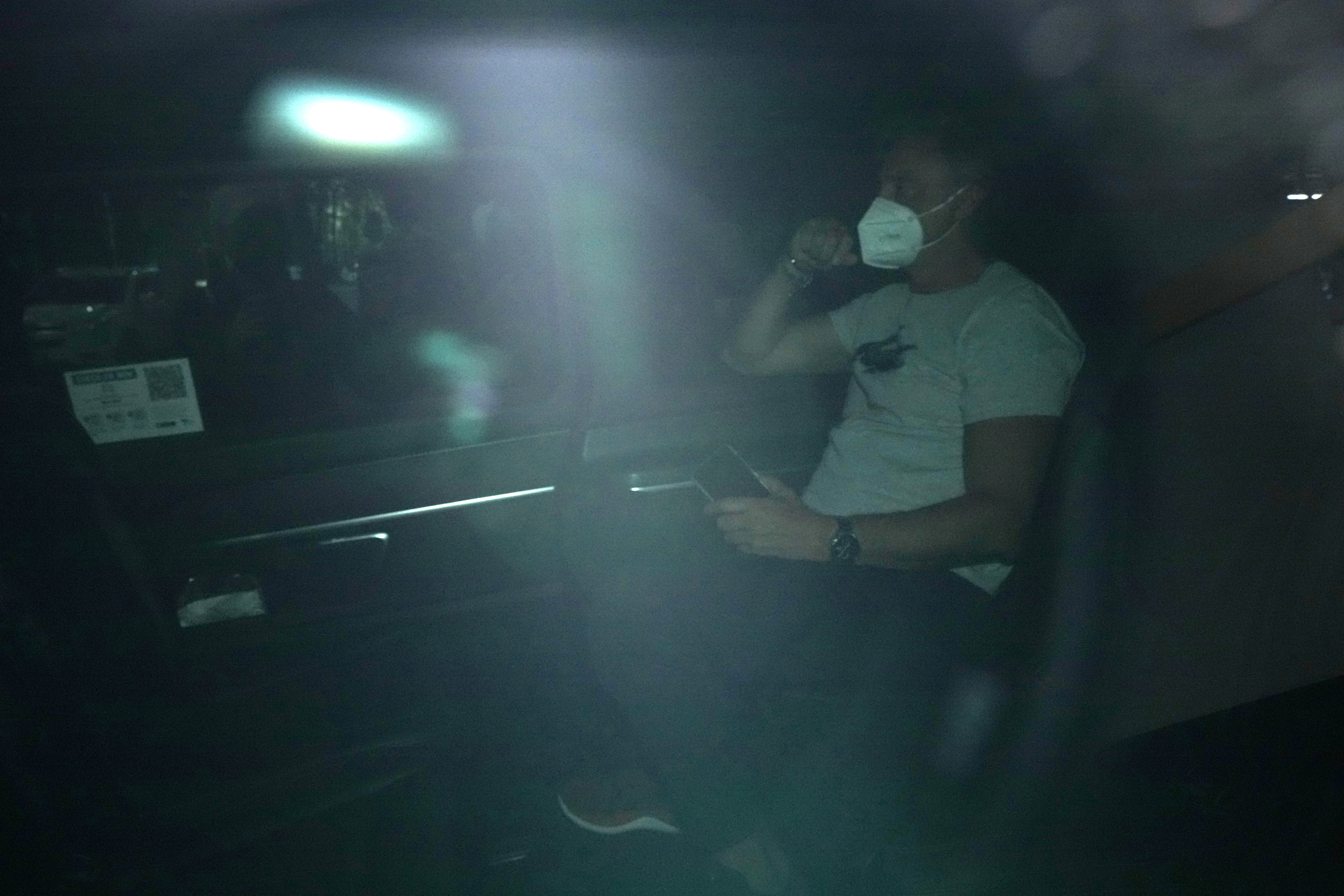 Goran Ivanisevic, the coach for Serbia's Novak Djokovic, sitting in a van, leaves the lawyer's office of Djokovic in Melbourne, Australia, Sunday, Jan. 16, 2022. Djokovic’s hopes of playing at the Australian Open were dashed Sunday after a court dismissed the top-ranked tennis star’s appeal against a deportation order. (AP Photo/Mark Baker) 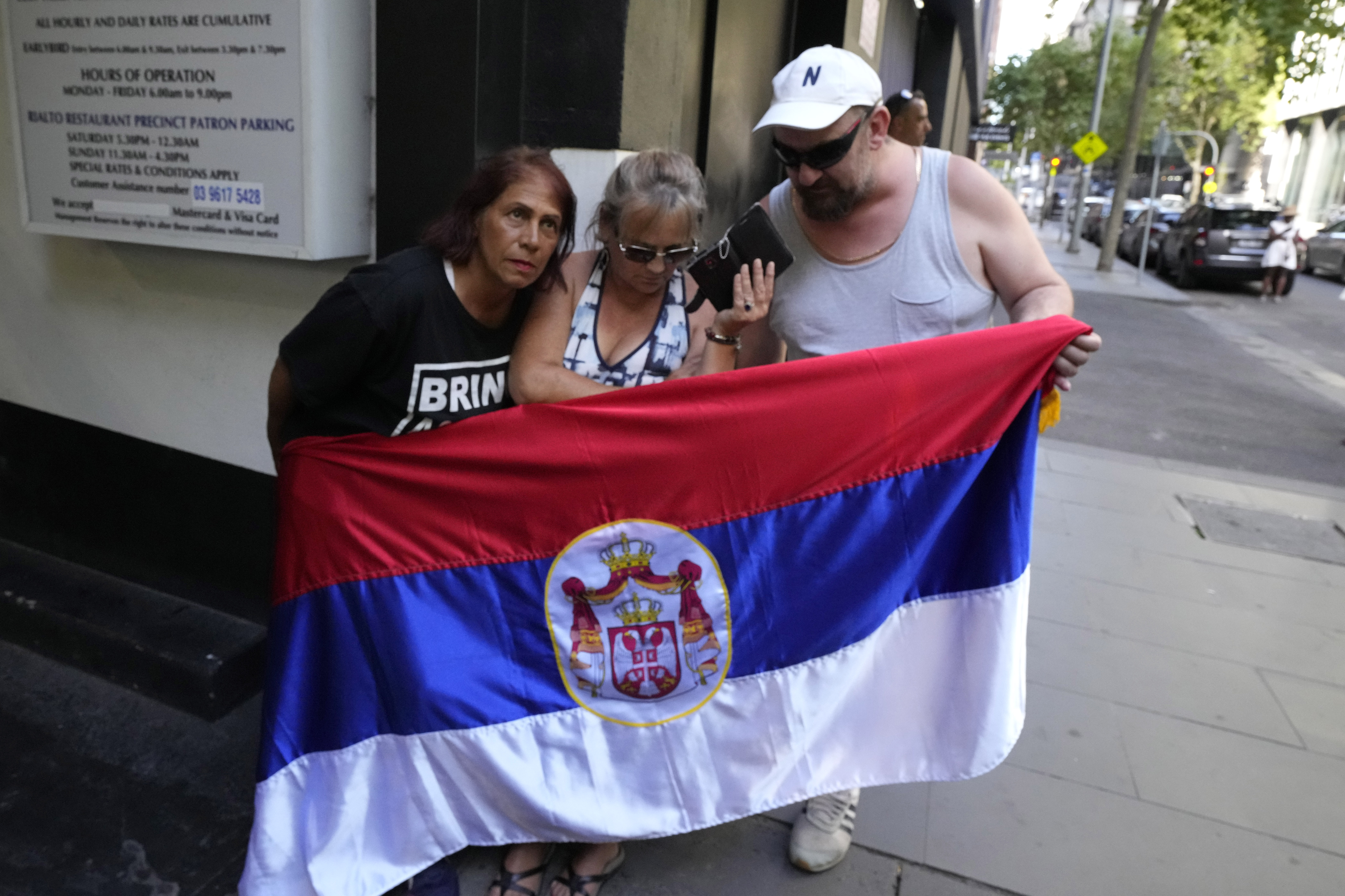 Supporters of Serbia's Novak Djokovic listen to his ruling outside the lawyer's office of Djokovic in Melbourne, Australia, Sunday, Jan. 16, 2022. Djokovic’s hopes of playing at the Australian Open were dashed Sunday after a court dismissed the top-ranked tennis star’s appeal against a deportation order. (AP Photo/Mark Baker) 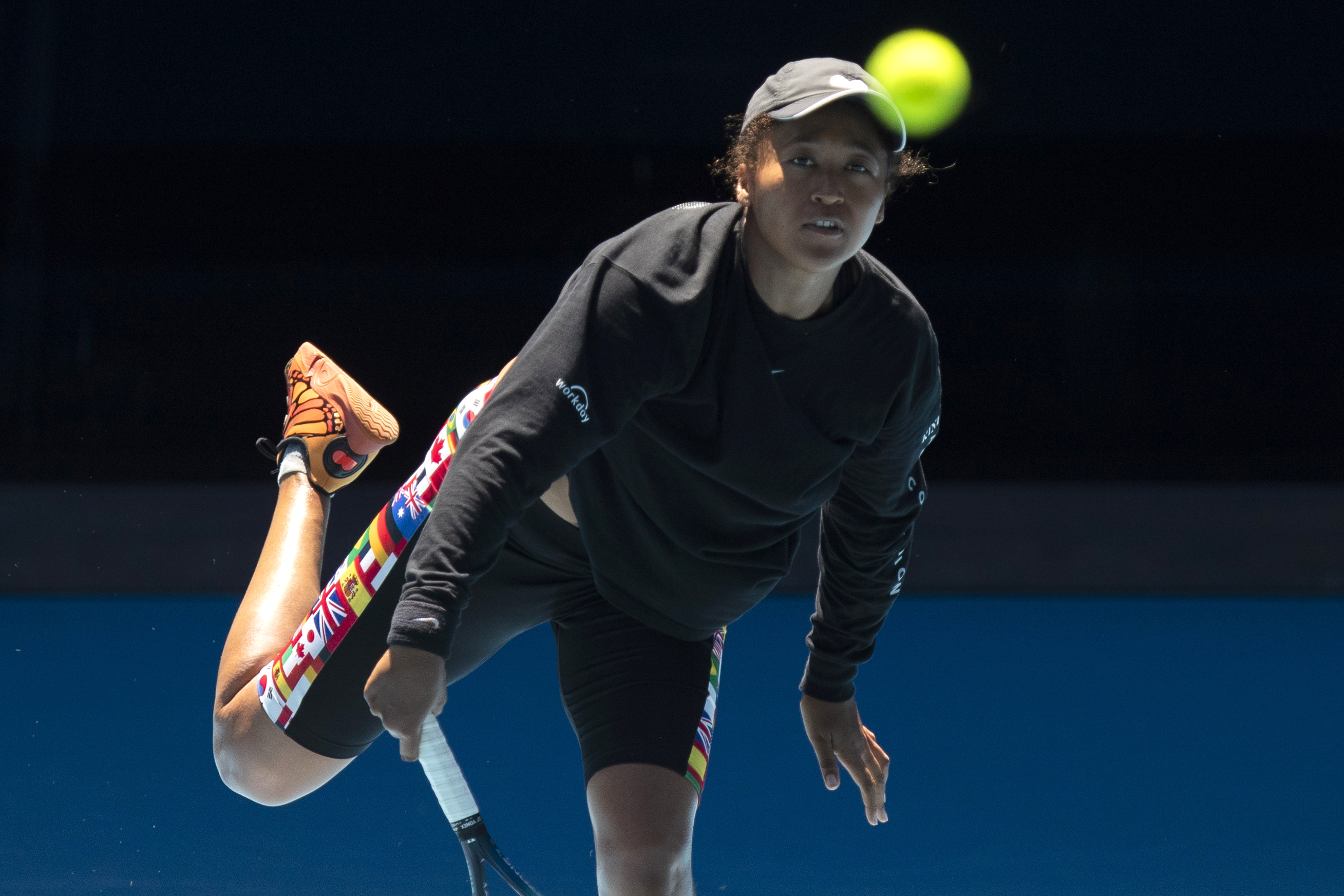 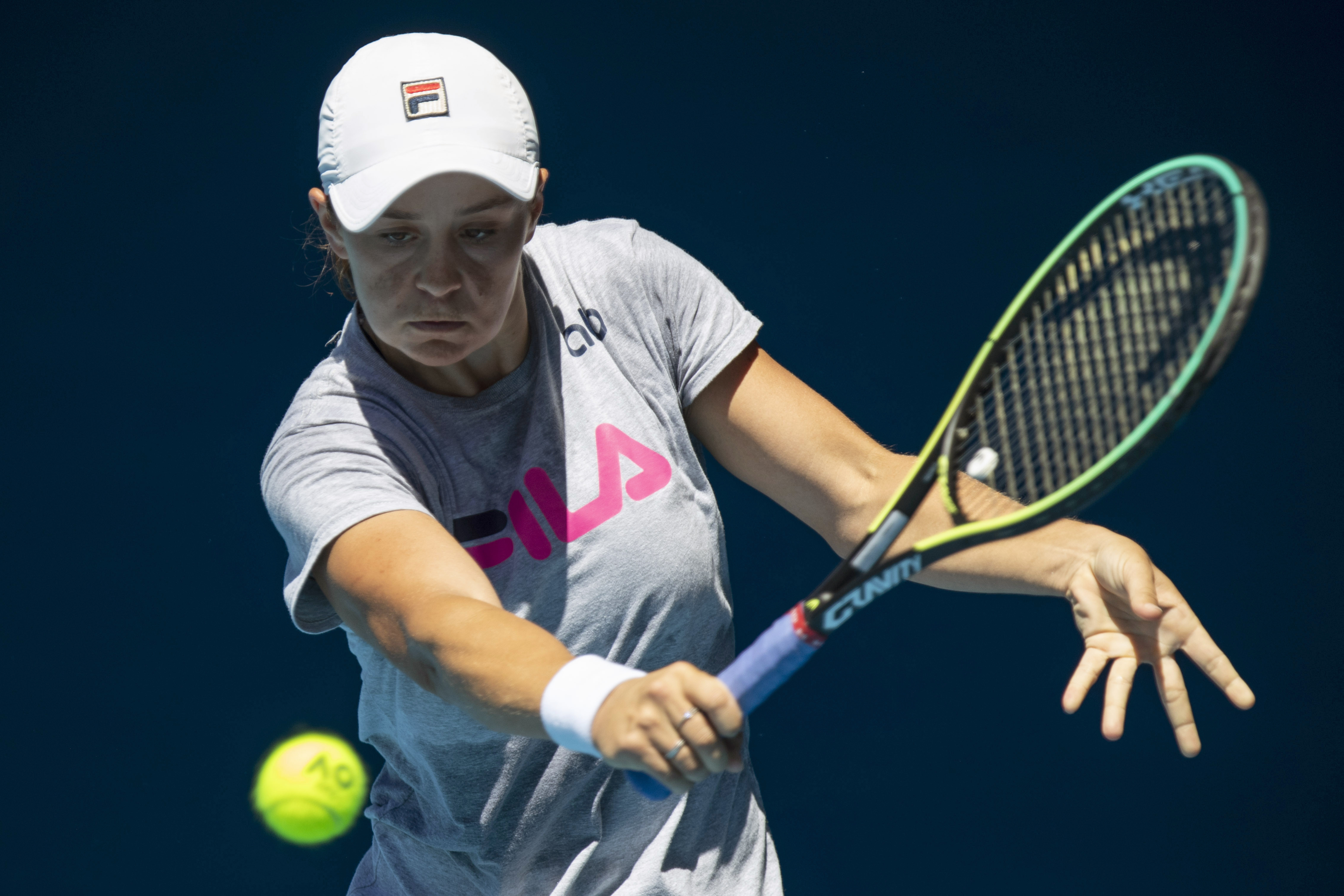 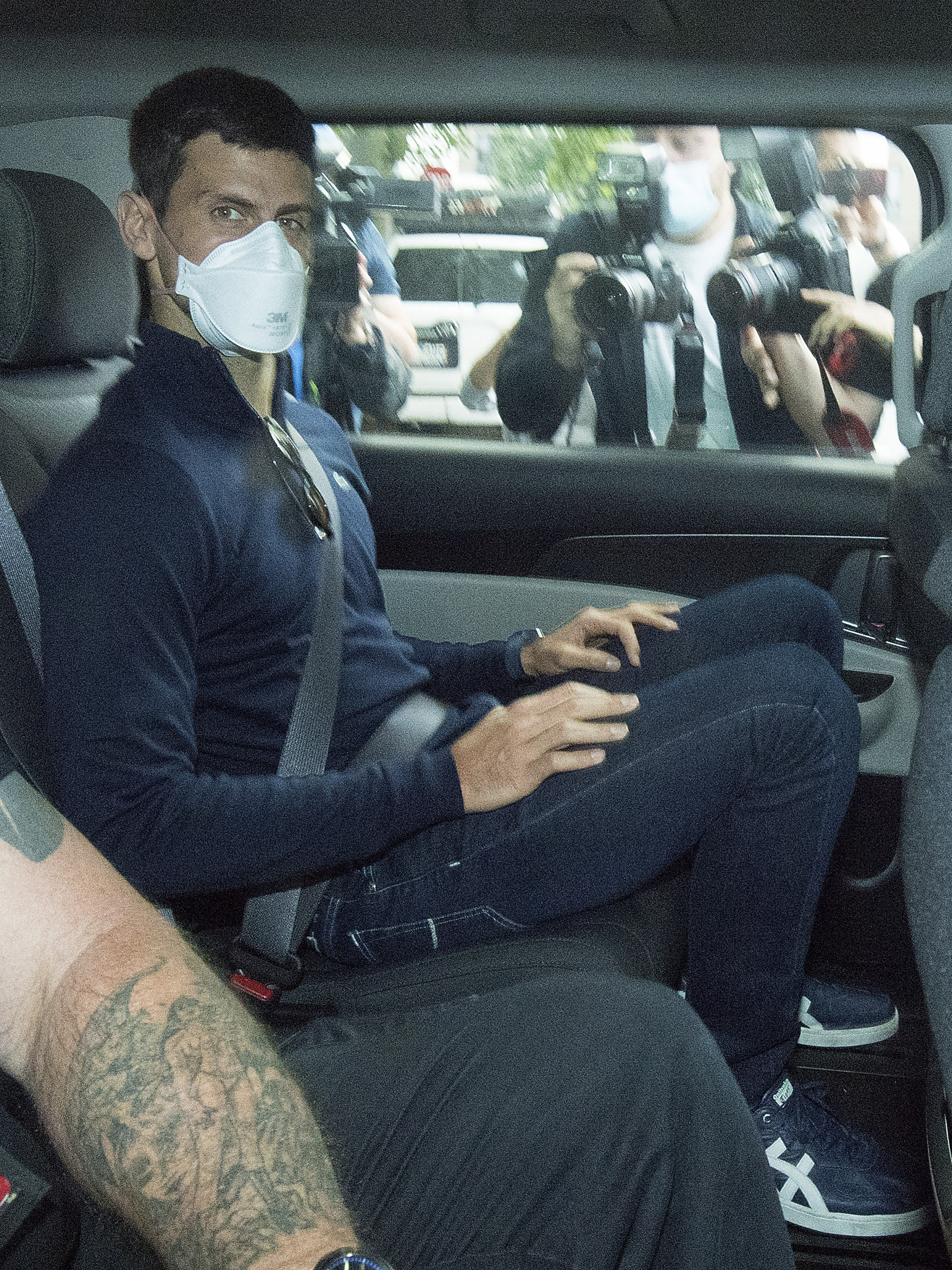 Serbian tennis player Novak Djokovic rides in car as he leaves a government detention facility before attending a court hearing at his lawyers office in Melbourne, Australia, Sunday, Jan. 16, 2022. A federal court hearing has been scheduled for Sunday, a day before the men's No. 1-ranked tennis player and nine-time Australian Open champion was due to begin his title defense at the first Grand Slam tennis tournament of the year. (James Ross/AAP via AP) 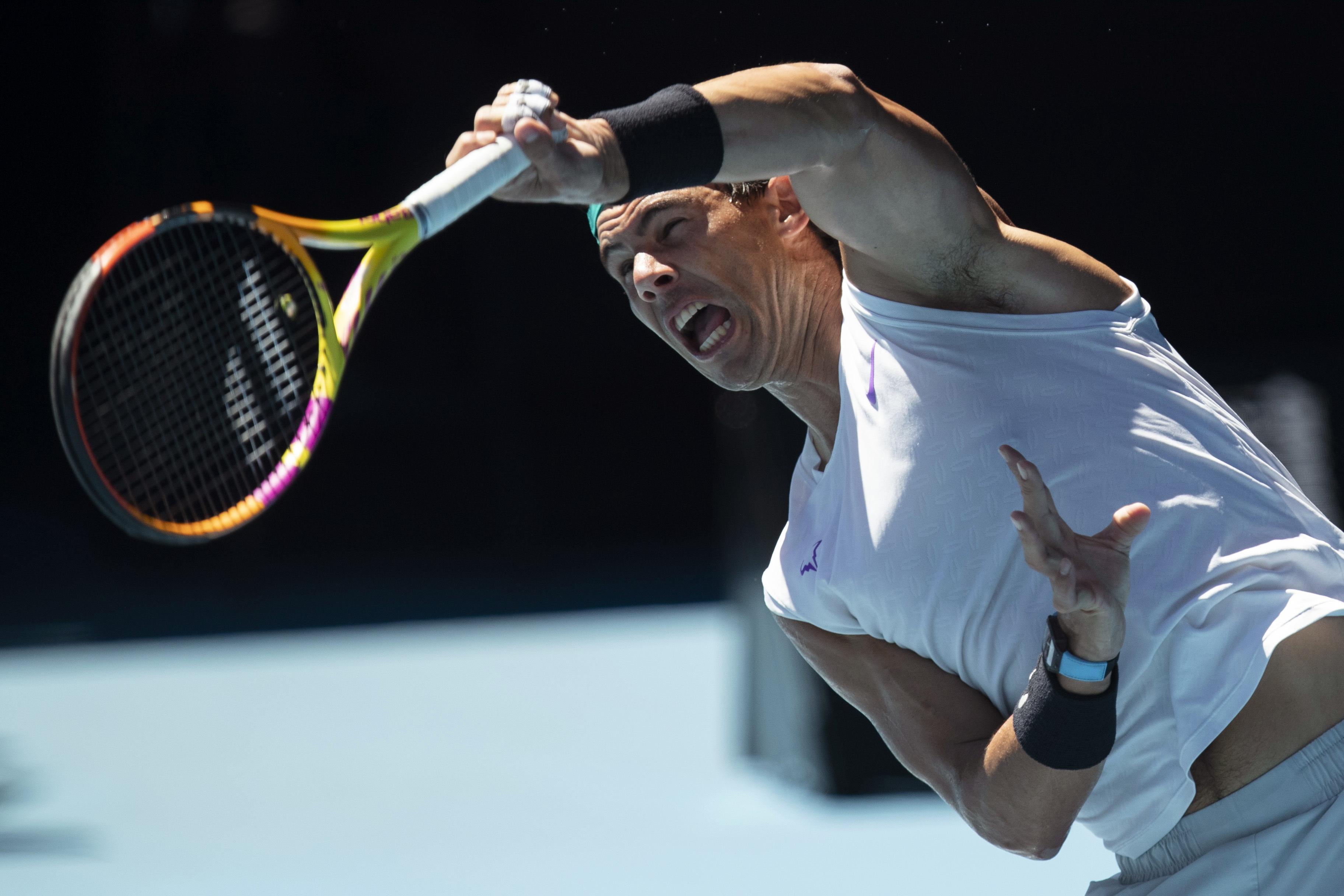