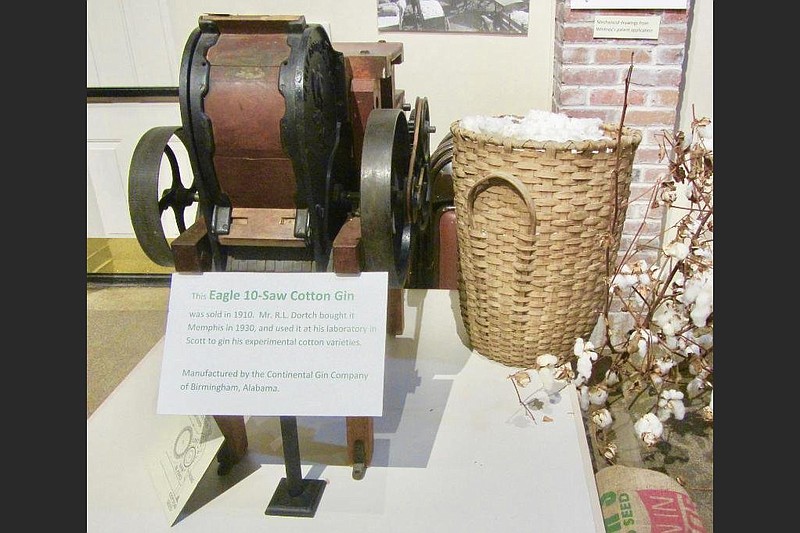 SCOTT — A century ago, five of every six Arkansans lived in a rural setting. Today, the state's rural population has fallen to two of every five. This ongoing decline lends an aura of nostalgia to Plantation Agriculture Museum.

Operated as a state park in Scott, 15 miles southeast of downtown Little Rock, the museum's three buildings plus outdoor displays recall an era sometimes more fondly than its realities always were. Exhibits concentrate on the growing of cotton, Arkansas' No. 1 crop for acres planted in 1920, and ranking No. 4 today behind soybeans, rice and corn.

Visits begin in the former Steele-Dortch general store, where exhibits show old-time cotton farming "from the field to the gin." Before mechanization took hold in the 1940s, the yearly rhythm of plowing, planting, cultivating and picking demanded intensive human labor, much of it tedious and some of it exhausting.

On the grounds, two large buildings provide a look at cotton processing. The Dortch Gin Building contains a restored ginning system along with photographs showing how it all worked. Seed Warehouse No. 5, from which processed cotton was loaded for shipping, is entered through Cotton Belt Railroad boxcars.

In antebellum Arkansas, most plantation workers were the property of their owners, like the mules and horses. A sign reports that the 1860 U.S. census, on the eve of the Civil War, counted 111,115 slaves in Arkansas. That was 26% of the state's population, with slaves totaling a majority in some Delta counties. 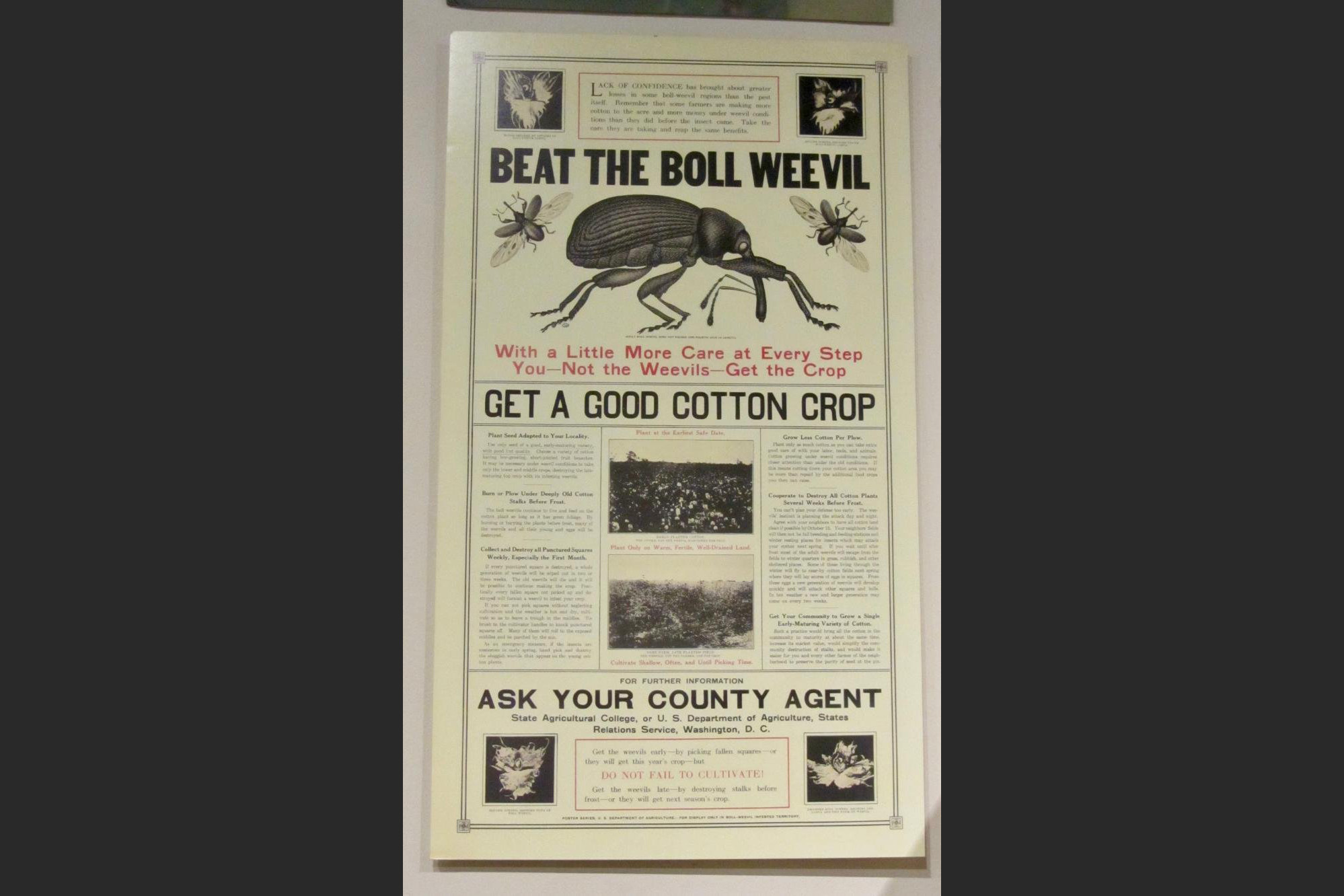 Mule silhouettes salute that hybrid animal’s value before farm mechanization. (Special to the Democrat-Gazette/Marcia Schnedler)  Sharecropping mostly replaced slavery after 1865, but field conditions remained onerous. Pickers, Black and white, described their work hours as "from can to can't" — from when they could first see the sun at dawn until when they couldn't at sunset. Particularly grueling was the picking of cotton, hand labor replaced by machines only in the 1940s and '50s.

Johnny Cash, born in 1932 to sharecroppers in Cleveland County, described the pain of cotton picking in his 2003 autobiography:

"The work exhausted you, it hurt your back a lot, and it cut your hands. That's what I hated most. The bolls were sharp, and unless you were really concentrating when you reached out for them, they got you. After a week or two, your fingers were covered with little red wounds, some of them pretty painful."

Cotton became the prime cash crop for Southern flatland farms after Eli Whitney invented the cotton gin in 1793. His device took the unwanted seeds from the picked cotton, a vital task that had been impossibly slow before then. The museum houses a small model of a gin that visitors can operate by turning a crank. 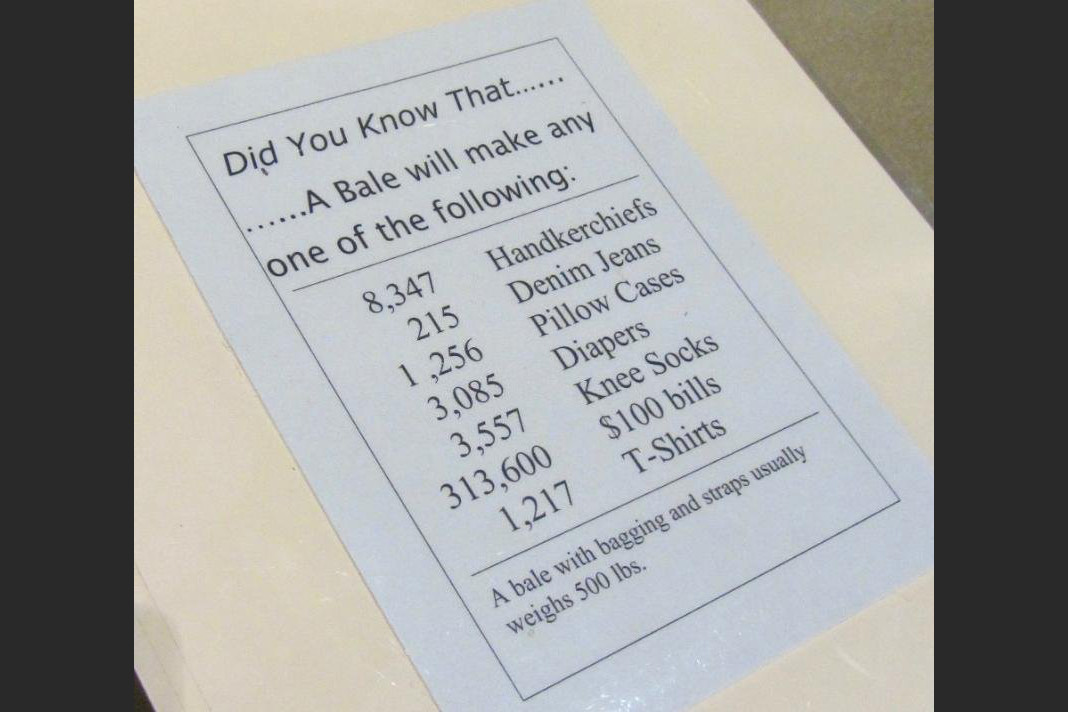 A glove could ease the pain of picking cotton in the years it was done by hand. (Special to the Democrat-Gazette/Marcia Schnedler)  Women sometimes labored in the cotton fields, mostly doing the picking. But exhibits in a second museum gallery show that their interminable work revolved around household chores.

"A Woman's Work Is Never Done" focuses on doing the family's laundry, which could take an entire day (often Monday) back before electricity reached rural Arkansas. Shown are washboards, washtubs and wringers — necessities then, but now antique objects of curiosity.

A few museum signs do add a touch of whimsy. One lists the quantity of products that can be made from a standard 500-pound bale of cotton. The most eye-catching sum is money: 313,600 $100 bills (containing 75% cotton and the rest linen). Other amounts include 215 pairs of jeans, 1,217 T-shirts, 8,347 handkerchiefs. That last item is a lot to sneeze at.