Southern by design: ‘Designing Women’ fast-forwards to 2020 onstage at the Rep 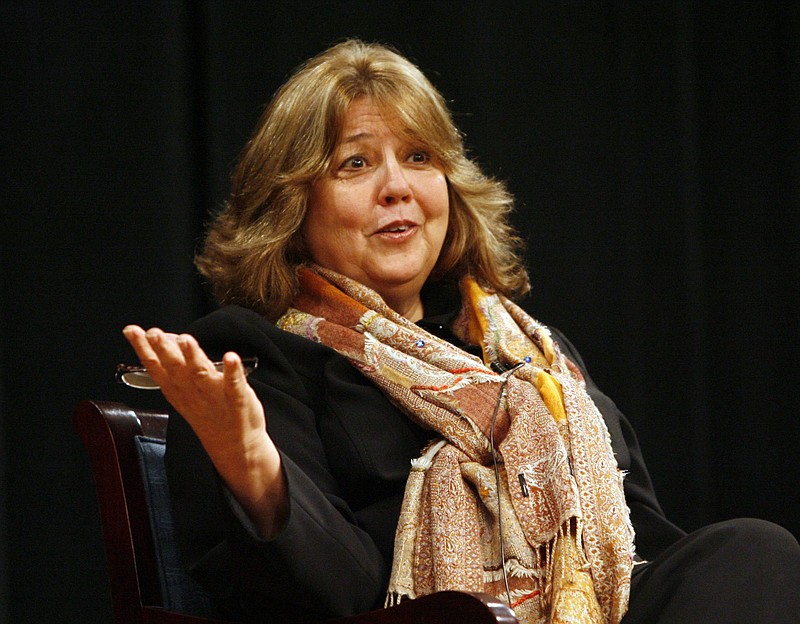 Arkansas Democrat-Gazette/PAUL RUTHERFORD.Linda Bloodworth Thomason speaks to an audience on the University of Arkansas campus in Fayetteville on Wednesday, Nov. 29, 2006. She is the writer and creator of television's Designing Women and Evening Shade. Bloodworth Thomason is the first holder of the McIlroy Family Visiting Professorship in Performing and Visual Arts at the University of Arkansas.

Julia, Suzanne, Mary Jo and Charlene advance to the present day — or almost present day: It's 2020, and the ladies of Sugarbaker & Associates respond to their own differences and to the insanity of the surrounding world in a time of political and pandemic stress.

It's all going on starting today at the Arkansas Repertory Theatre, with the "premiere" of "Designing Women," by Linda Bloodworth Thomason, who co-created the sitcom of the same name that ran seven seasons, 1986-93 on CBS. Thomason's husband, Harry Thomason, directs.

The show has already had a successful run at Fayetteville's TheatreSquared, which staged it Sept. 22-Oct. 24. It's being billed as a co-production; the set — which fans of the show will instantly recognize as echoing what was on TV — and the staging are the same, as is some of the cast.

In Fayetteville, "They welcomed it," Harry Thomason says. "The crowds were great."

Fans of the show remember the outspokenness of the four female principals of the Atlanta interior design firm Sugarbaker & Associates; the Thomasons bring that into the circumstances of the not-quite-bygone year of 2020, when the topics of the day might include same-sex marriage, the #MeToo movement, the presidency of Donald Trump and the possible results of the tumultuous election.

"It's not a political show, but it has some politics involved," Harry Thomason explains. "Some people may not be pleased with some of the content," but when it does delve into politics it reflects the politics of both sides.

Some new characters have arrived at the firm in the interim: Cleo Bouvier (Carla Renata), who takes over the stake formerly held by her cousin Anthony, and Haley McPhee (Abby C. Smith), the new receptionist. The supporting cast also includes R. Wade Duffy as Wynn Dollarhyde, a local home builder, and Matthew Floyd Miller as Caulder Tipton III, Suzanne's most recent ex-husband.

Director Thomason says writer Bloodworth Thomason made some hard choices in cutting the script between Fayetteville and Little Rock, but agreed it needed to be shortened a bit.

"Linda felt it was a little too long," he says. "It was tough; every line in it got a laugh. But I think it's better."

Also now shortened a little bit: Her first name, as it will appear in the Repertory Theatre program: "L. Bloodworth Thomason."

"It's simpler," Harry Thomason says, explaining that "Linda never cared for her name." 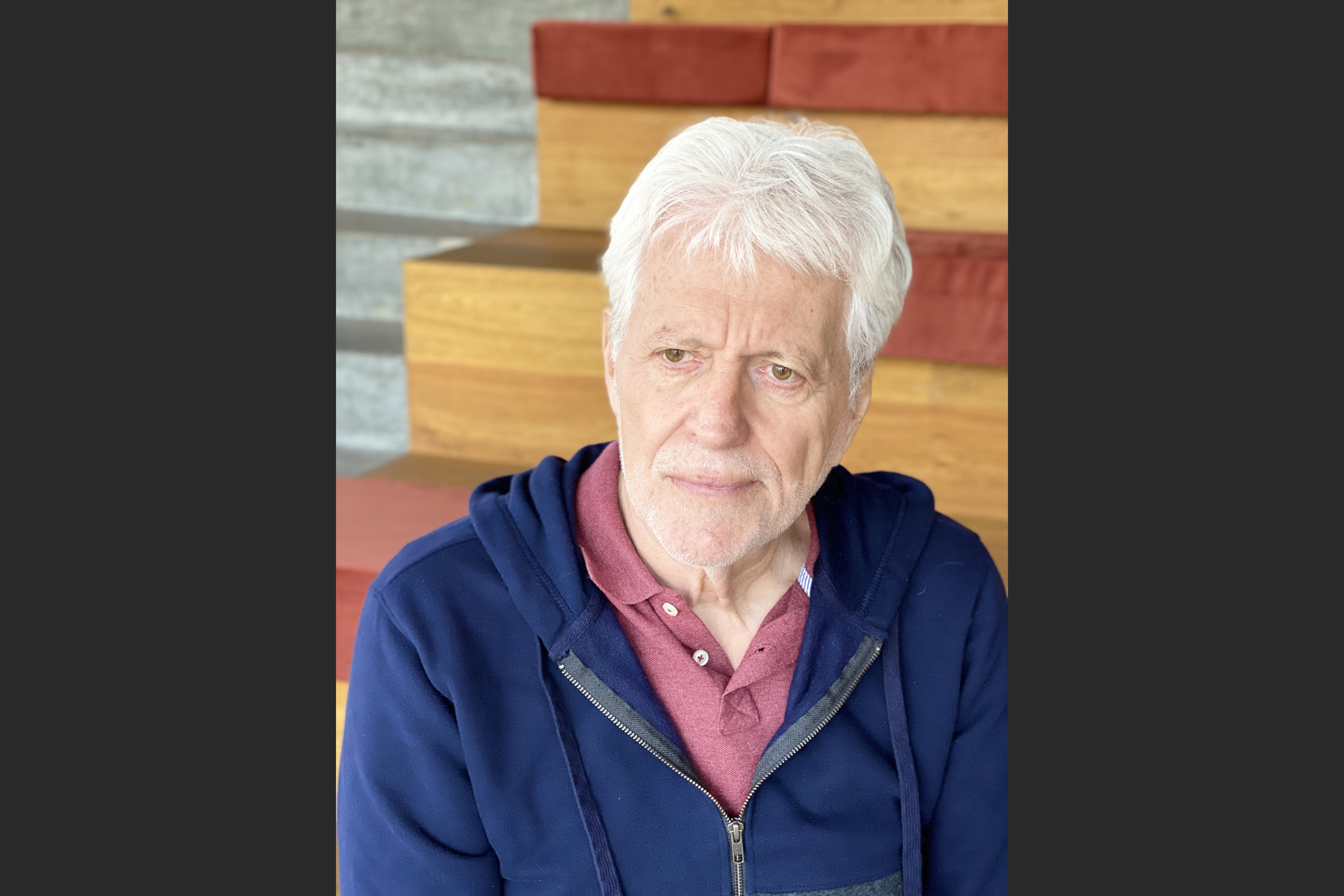 The Thomasons have deep Arkansas roots and connections. Harry grew up in the state and coached high school sports before moving to Hollywood to produce films and TV series, including "Evening Shade," which he created with his wife. Her Arkansas-connected credits also include "The Man From Hope," a short biography of Bill Clinton that played at the 1992 Democratic National Convention.

The show had plenty of Arkansas connections of which audiences may not have been aware: "We used a lot of houses and people's names," Harry Thomason says. "Even my brother [Little Rock ophthalmologist Danny Thomason] was in the show," playing a seedy character named Reggie Mac Dawson.

There's one other major connection between Little Rock and "Designing Women": The Thomasons used the exterior of the Villa Marre, a Victorian-era mansion in the Quapaw Quarter — about nine blocks from the theater, as the home of Sugarbaker & Associates. (At some point, says a Rep spokeswoman, they're planning to take publicity shots there; a couple of the cast members have sworn in the meanwhile that they'll at least hike up to the Scott Street site to take selfies.)

Harry Thomason says they were weighing hiring Miranda Jane, a Little Rock native, for Suzanne against a "well-known star in L.A.," whom he wouldn't name, and who was vacillating about whether or not to take the part. "We were impressed by Miranda's tape," he recalls, and they decided to give her the part — "an hour before the star in L.A. agreed to take it," he says. "Linda had to make a decision — in favor of Arkansas."

Jane, who has credits at the Rep and Murry's Dinner Playhouse and who spent several years performing in shows in Branson, admits that the character is "definitely iconic."

"I was incredibly familiar" with the show, she says. "Every week it was an event at our house. The four women were my mother's age, and the material resonated with her." Her mother also took pride in the use of the Villa Marre in the show and made sure to take her daughter to see it.

"We used a lot of 'Designing Women' quotes in my family," Jane says, "lines of Julia's, lines of Mary Jo's."

Jane says her familiarity with the material has been more help than hindrance, "to already have been steeped in it," but also acknowledges that as an actress she must walk a fine line between "doing justice to the character, honoring the origination of the character by Delta Burke without imitating her or it becoming a parody."

"Miranda has the essence of Delta but doesn't play Delta," compliments Harry Thomason, noting that she already was doing "several Suzanne-like things ... as a natural by-product of being born and raised here."

There was a deliberate plan to cast Southerners, he says, to capture "the rhythm and the cadence, the way we speak, the words we use and things we say."

GETTING BACK INTO IT

Capps and LaNasa are holdovers from the Fayetteville cast. Capps originally was there as understudy for several characters but took over the Charlene Frazier role early in the run. LaNasa took over as Julia halfway through the run as a planned switch.

LaNasa, a New Orleans native, started out as a professional ballet dancer and choreographer, studied acting with Sanford Meisner and appeared in films (including Jay Roach's "The Campaign" opposite Will Ferrell and Billy Bob Thornton's "Jayne Mansfield's Car" opposite Thornton, Robert Duvall and Kevin Bacon) and on TV ("Longmire," "Two and a Half Men" and the recent CW reboot of "Dynasty" with her husband, Grant Show).

Her own Southern accent, though suppressed over several years, was relatively easy to turn back on, she says.

"I prefer doing the play with Southerners," she says. "I'm particular about accents, and it's hard for non-Southerners to get a Southern accent."

She recalls learning about the "Designing Women" reboot from Bloodworth Thomason when it was in its initial stages, as a network pilot that would have focused on the Sugarbaker principals' children.

"Linda is one of my favorite writers to work with," she says, recalling working with her on "12 Miles of Bad Road," a project of 15 years ago about a Dallas real estate agent and her dysfunctional family that HBO rejected and that never aired.

LaNasa says being onstage in this play allows her to consolidate all her talents, including her ballet training.

"The physicality of doing a stage play is exhilarating," she says. "I get to feel the value of my full instrument."