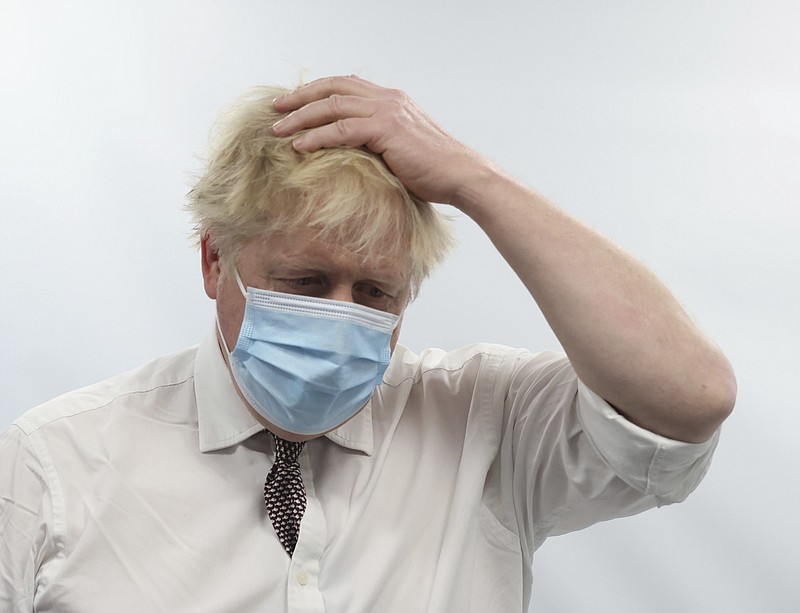 LONDON -- British Prime Minister Boris Johnson on Tuesday denied misleading Parliament about lockdown-breaching parties and confirmed that he has given an account of events to an inquiry probing alleged violations of coronavirus rules by the government.

Senior ministers in Johnson's Conservative government said they believed him -- but added that the prime minister would have to resign if he is proven to have lied.

Senior civil servant Sue Gray is investigating a string of alleged rule-flouting government parties that has sparked calls for Johnson's resignation, including a May 2020 staff party in the garden of the prime minister's Downing Street residence.

[Video not showing up above? Click here to watch » arkansasonline.com/119johnson/]

Former Johnson aide Dominic Cummings has said he is willing to "swear under oath" that the prime minister was warned that the party would violate coronavirus restrictions, which at the time barred people from meeting more than one person outside their households.

Johnson told Parliament last week that he had attended the event, billed as a "bring your own booze" gathering in an invitation sent to 100 people by his principal private secretary. But he said he considered it a work gathering that fell within the rules.

"I'm absolutely categorical, nobody said to me, 'This is an event that is against the rules,'" Johnson said Tuesday.

"When I went out into that garden, I thought that I was attending a work event," Johnson told broadcasters during a visit to staff members at a London hospital. "That is the very, very best of my recollection about this event, that's what I've said to the inquiry."

Gray is due to report by the end of the month on claims that government staffers held late-night soirees, boozy parties and "wine time Fridays" while Britain was under coronavirus restrictions in 2020 and 2021. The allegations have spawned public anger, incredulity and mockery, and prompted some in the governing Conservative Party to call for Johnson's resignation.

Treasury chief Rishi Sunak -- often cited as a potential successor to Johnson -- said he believed Johnson's explanation. But he said "the Ministerial Code is clear" about the consequences of misleading Parliament. Ministers who do that are expected to resign.

Deputy Prime Minister Dominic Raab agreed that lying to Parliament was "normally ... a resigning matter." But he dismissed Cummings' claim that Johnson was warned about the party as "nonsense."

Cummings, an architect of the victorious 2016 referendum campaign for Britain to leave the European Union, left Downing Street in late 2020 and has become a vociferous critic of the prime minister he helped put in office.

Johnson's spokesman, Max Blain, said the prime minister supported the rules in the Ministerial Code "when it comes to knowingly misleading the House."

Johnson's political fate may rest on the word "knowingly." In his carefully worded apologies over the allegations, Johnson has acknowledged "misjudgments" but not personal rule-breaking.

Johnson has urged his opponents to wait for Gray's verdict, though experts say there is a good chance it will neither exonerate him nor conclude that he broke the law.

Under Conservative rules, a no-confidence vote in the party's leader can be triggered if 54 party lawmakers write letters demanding it. It's unclear how many have already been submitted, and so far only a handful of Conservative members of Parliament have openly called for Johnson to quit. 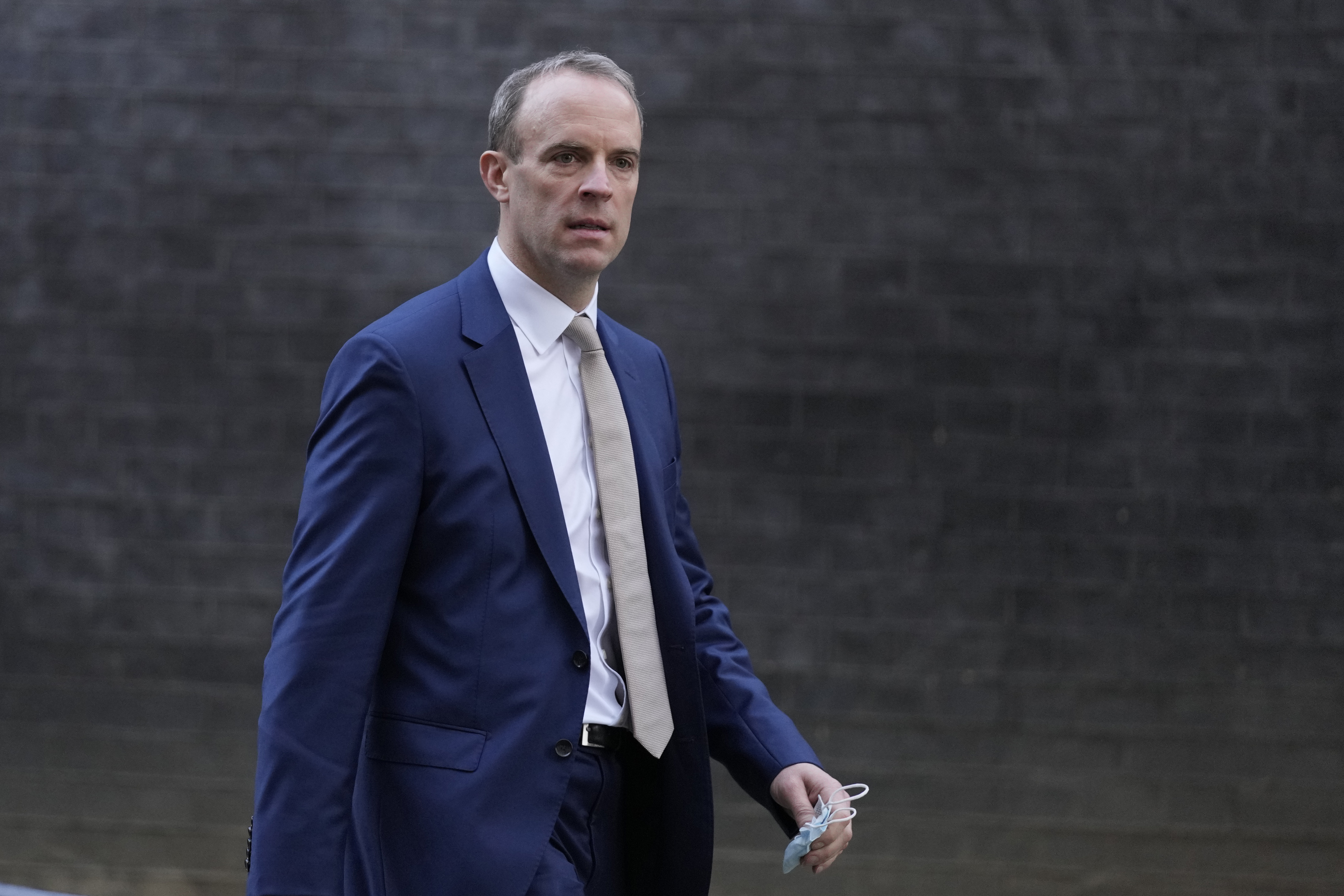 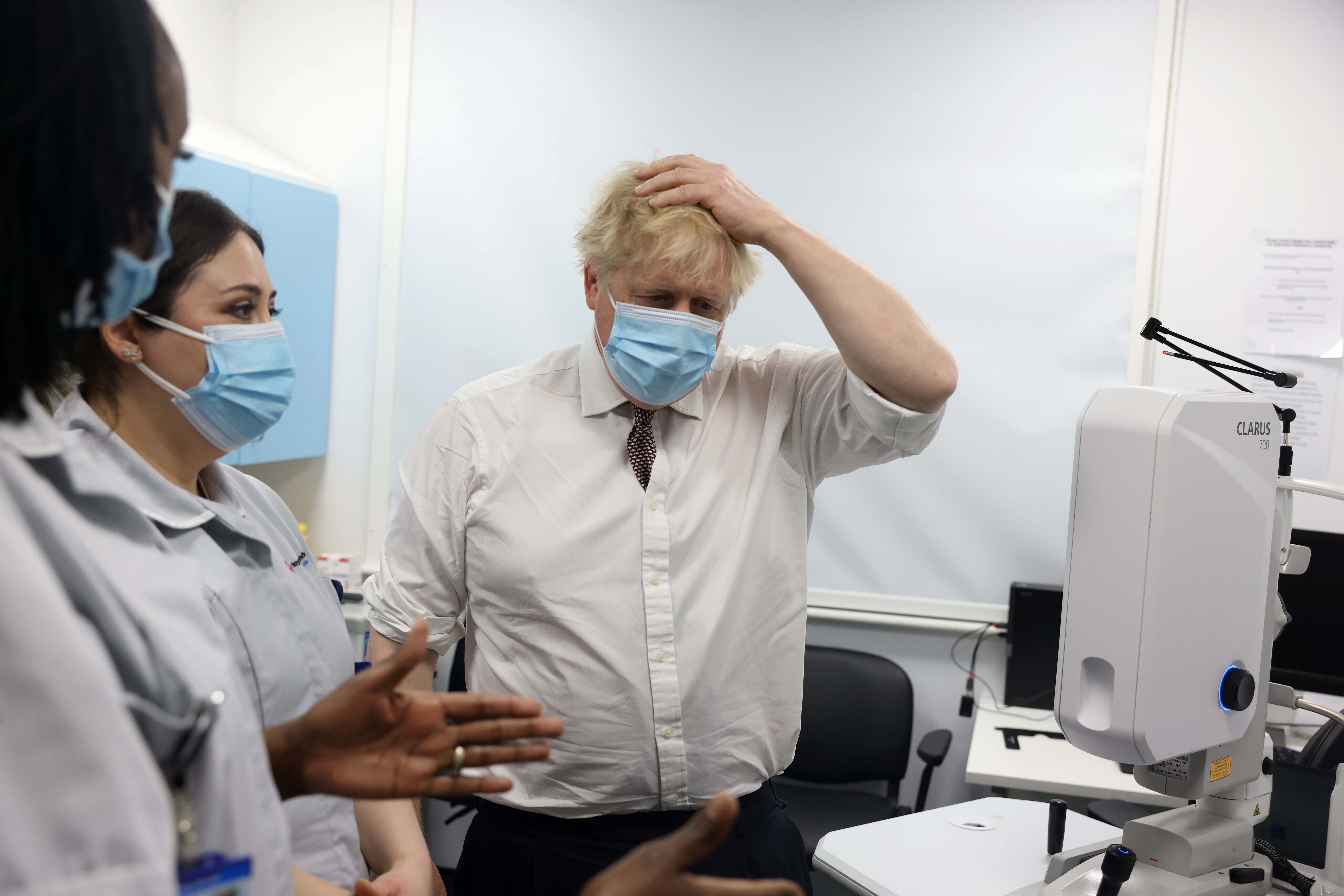 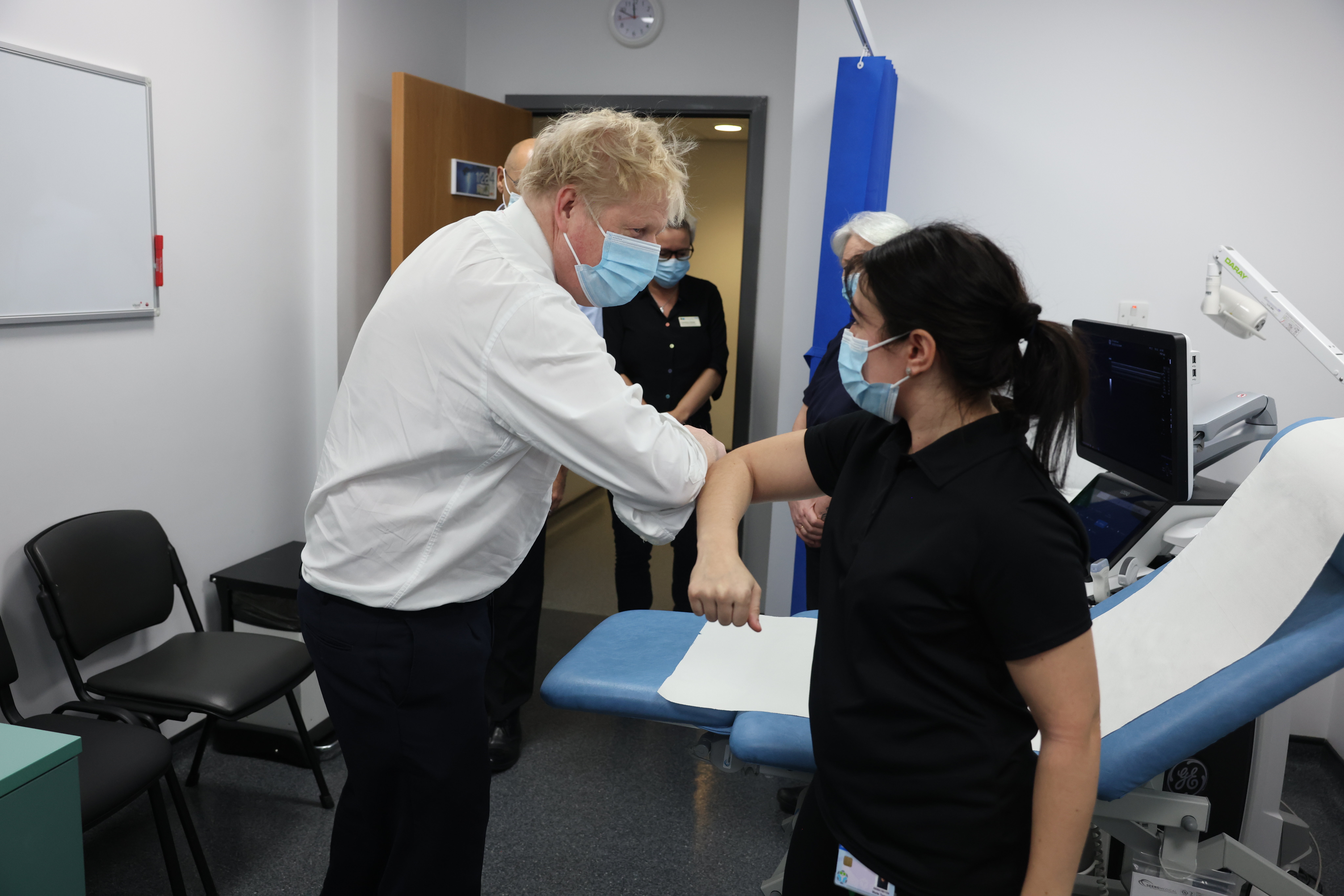 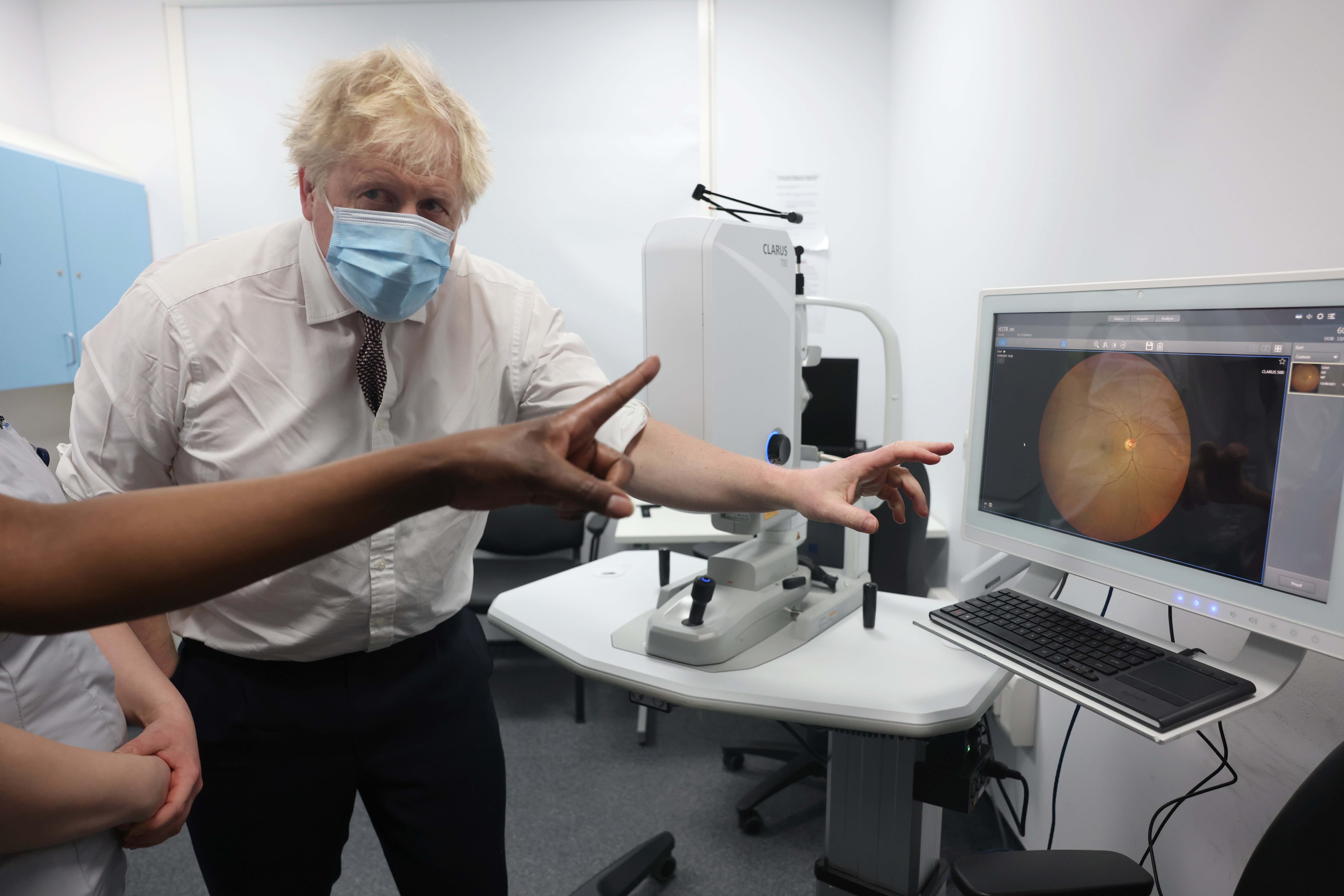 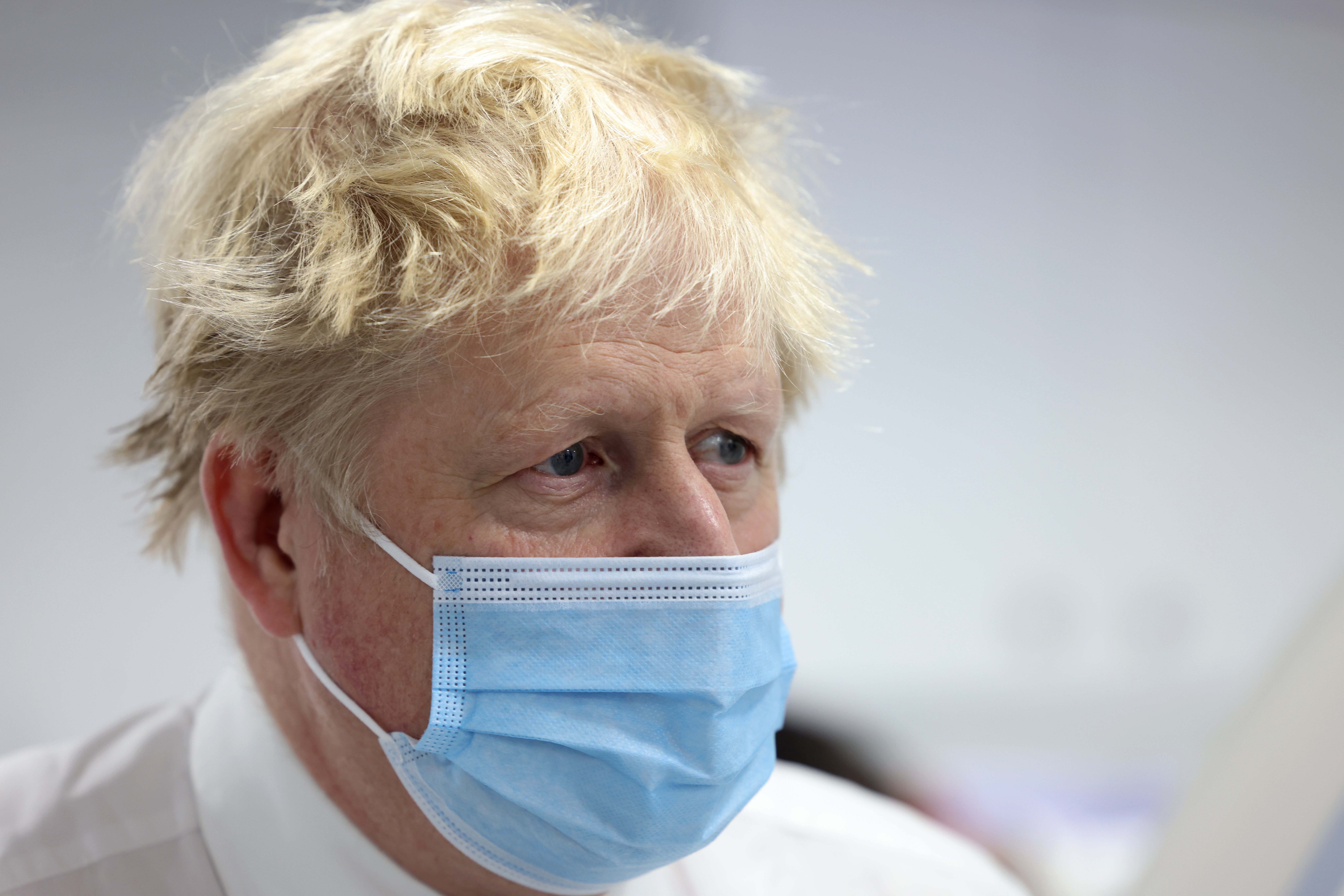