Court says no to hold on records of Trump 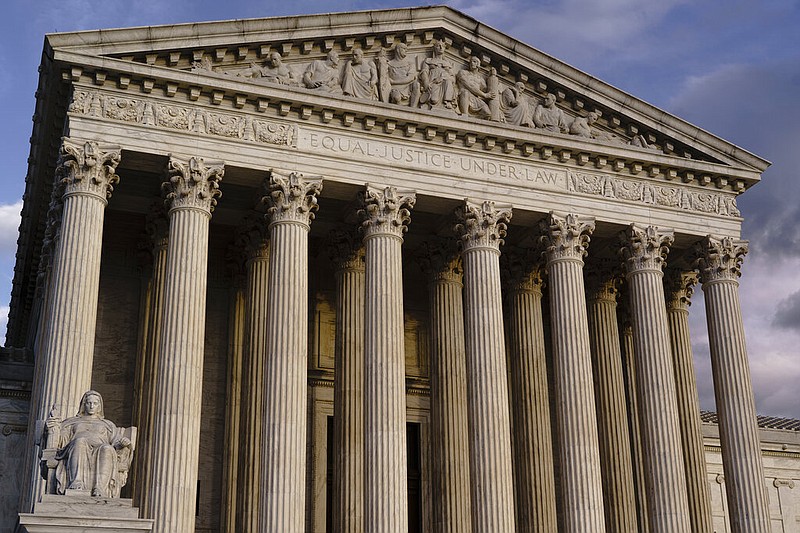 WASHINGTON -- The Supreme Court on Wednesday rejected a bid by President Donald Trump to withhold presidential documents sought by the congressional committee investigating the Jan. 6 insurrection until the issue is finally resolved by the courts.

Trump's lawyers had hoped to prolong the court fight and keep the documents on hold.

After the high court's action, there is no legal impediment to turning over the documents, which are held by the National Archives and Records Administration. They include presidential diaries, visitor logs, speech drafts and handwritten notes dealing with Jan. 6 from the files of former Chief of Staff Mark Meadows.

The House committee agreed to defer its attempt to get some documents, at the request of the Biden administration. The White House was concerned that releasing all of the Trump administration documents sought by the committee could compromise national security and executive privilege.

Clarence Thomas was the lone justice who said he would have granted Trump's request to keep the documents on hold.

Trump's attorneys had asked the high court to reverse rulings by the federal appeals court in Washington and block the release of the records even after President Joe Biden waived executive privilege over them.

In an unsigned opinion, the court acknowledged there are "serious and substantial concerns" over whether a former president can win a court order to prevent disclosure of certain records from his time in office in a situation like this one.

[Video not showing up above? Click here to watch » arkansasonline.com/120docs/]

But the court noted that the appeals court determined that Trump's assertion of privilege over the documents would fail under any circumstances, "even if he were the incumbent."

It stated the issue of a former president's ability to claim executive privilege would have to wait for another day.

The court took issue with the conclusion of the appeals court that downplayed a former president's interests, suggesting that the current president could in essence ignore his predecessor's claims.

Justice Brett Kavanaugh wrote separately to argue that "a former President must be able to successfully invoke the Presidential communications privilege for communications that occurred during his Presidency, even if the current President does not support the privilege claim."

But Kavanaugh, a Trump appointee, did not object to the outcome Wednesday.

Before and after the riot, Trump promoted unproven theories about election fraud and suggested the "real insurrection" was on Election Day, when he lost to Biden.

Repeating arguments they made before lower courts, Trump's attorneys had urged the justices to step in, arguing that the case concerned all future occupants of the White House.

"Congress cannot engage in meandering fishing expeditions in the hopes of embarrassing President Trump or exposing the President's and his staff's sensitive and privileged communications 'for the sake of exposure,'" they added.

But the House committee responded in its high court brief that although the facts of the case are "unprecedented," the decision was "not a difficult one."

There was no explanation for the timing of the court's action. But the National Archives told the appeals court and Trump's lawyers that it would turn over some documents it asserted were not part of the court case on Wednesday absent a new court order.

Information for this article was contributed by Farnoush Amiri of The Associated Press.

Print Headline: Court says no to hold on records of Trump