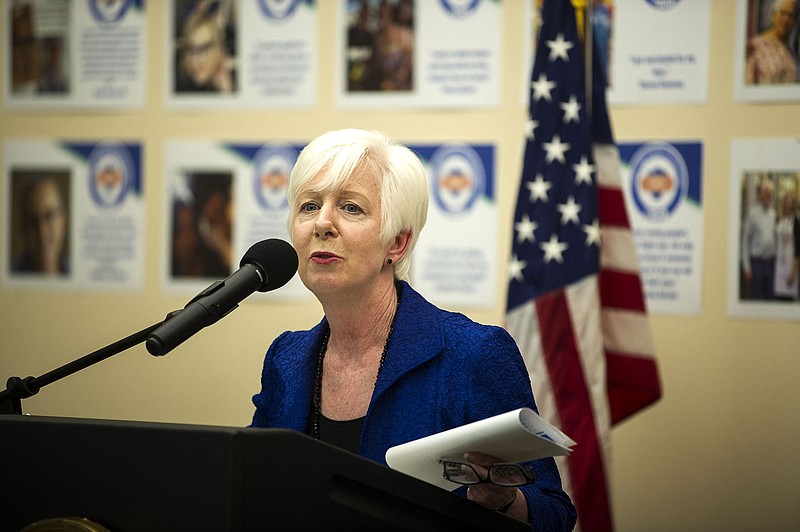 The federal government last week extended the public health emergency through June, after "most of us had thought until this most recent surge" from the omicron variant of the coronavirus that the emergency would be over at the end of March, she said.

"I have been incorrectly predicting the end of the public health emergency now for about a year, so this budget does assume that it does end, so that would be a major change if it were extended again," Gillespie told the Joint Budget Committee and Legislative Council on the final day of budget hearings for state agencies in advance of the fiscal session starting Feb. 14.

The end of the federal public health emergency would mean the state would no longer receive enhanced federal matching rates in certain Medicaid programs and would have to cover an increased share of the cost for the programs, she said.

The emergency's end also would mean the state would no longer have to abide by federal limitations that allow states to end Medicaid eligibility only for beneficiaries who die, go to jail or prison or ask to be removed from the programs, Gillespie said.

"We will have to go through a redetermination of everyone that is on Medicaid," and the number of people enrolled in Medicaid will drop, she said.

Afterward, the Joint Budget Committee co-chairman, Sen. Jonathan Dismang, R-Searcy, said he worries that "we have been supplementing a lot with the federal dollars and at some point that's going to catch up to us."

From March 2020 through the end of November:

• The number of adults in other Medicaid programs has increased by 40,771 to 281,243, according to the Department of Human Services.

The federal government continues to cover 90% of the cost of the state's Medicaid expansion program, with the state covering the other 10%.

In fiscal 2023, the department assumes the federal matching rate in the traditional Medicaid program will drop to 71.31% and to 79.92% in the children's heath insurance program.

The department forecasts total federal and state Medicaid funding of $9.46 billion in fiscal 2023 -- up from $9.39 billion in the current fiscal 2022.

Gov. Asa Hutchinson last week proposed a state general revenue budget of $1.78 billion for the state Department of Human Services in fiscal 2023, a $66.3 million increase over the current budget.

The Republican governor's proposal includes $37.6 million to reduce the state's waiting list for developmentally disabled people to receive services in their homes and communities. Hutchinson has said he wants to provide services to all of the 3,024 people on the waiting list in December by June 2025.

"We are extremely excited about this," Gillespie said Thursday.

She said Melissa Stone, director of the state Division of Developmental Disabilities Services, has put together a plan to reduce the waiting list, starting in July, over three years, after the funding is approved and the U.S. Center for Medicare and Medicaid Services approves the waiver.

With the end of the federal public health emergency, the state will have to rely more on its Medicaid trust fund and state reserves, Gillespie said Wednesday.

But the state's proposed increased funding for the Medicaid program isn't as high as it might have been because "we have computed that with the idea that in the first six months, the people on Medicaid will go through redetermination and a number of them will fall off," she said.

Department officials said it's difficult to say how many Medicaid beneficiaries will lose their eligibility, and the department is focused on getting updated information from the people on Medicaid to determine whether they will still be eligible after the public health emergency ends.

Asked afterward what Medicaid enrollment level the department assumed for its fiscal 2023 budget, department spokeswoman Amy Webb said in a written statement, "We assumed enrollment will continue to grow through the end of June based on the historical pace we have observed in last six months.

"Then we took a conservative estimate of 30% disenrollment on the redeterminations pending," she said.

Asked when the earliest was that Medicaid beneficiaries could lose coverage, Webb said, "I don't know that answer.

"It would be based on when their redetermination was due, plus we have to give them some time to provide documents or information that may show they are eligible in another category," she said.

Act 780 of 2021 requires the Department of Human Services to reevaluate eligibility in cases under certain circumstances.

Dismang said in an interview that he understands that the department expects to reduce the number of people covered by Medicaid after the end of the federal public health emergency.

"The question is, how much is that going to balance itself out and then at the end, how much additional [general revenue] are we going to have when we are doing a great thing with removing the wait list and there are some other priority items that they have outlined? How much can we sustain and how much is this going to balloon?"