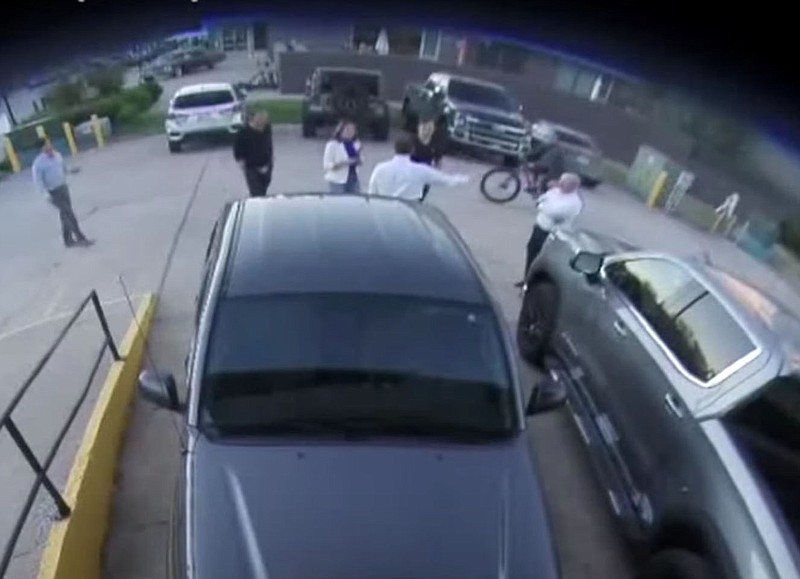 BENTONVILLE -- A local circuit judge was issued a letter of censure Friday for a confrontation he engaged in last year with a former state legislator over a parking spot.

Karren agreed his behavior was inappropriate and told the commission he regrets his participation in the dispute and will continue to take steps to ensure his conduct remains above reproach, according to the commission's letter.

"Without question, I accept full responsibility and public censure today," Karren said in a statement from Mark Henry, his attorney. "I know that integrity, independence, and impartiality are key prerequisites for an effective and functional judiciary and judicial system."

Davy Carter, a Jonesboro resident, served as speaker of the Arkansas House from 2013 to 2015.

Carter posted on Twitter his account of the April 30 incident his family had with Karren in a parking lot behind the judge's courtroom in downtown Bentonville.

Carter tweeted that he and his wife had dinner that night at The Hive restaurant in the 21c Museum Hotel. They called their son, a student at the University of Arkansas, Fayetteville, to join them.

Carter's son arrived a little after 7 p.m. and parked in the lot between the hotel and the court building at 200 N.E. A St. The lot serves as parking for Karren, his staff and county employees.

A sign at the lot entrance states "Benton County employee parking only, 7 a.m.to 5 p.m." However, a sign in front of the spot where Carter's son parked states, "Reserved parking 24/7 violators towed."

Carter's wife and son left the restaurant about 30 seconds before he did, according to Carter. He said he walked out and found an angry Karren berating his wife and son.

Carter said on Twitter that he intervened and cursed at Karren. Carter posted on Twitter a brief video of the encounter. The video shows Karren, who was armed with a gun on his hip, throwing his cane to the ground as he faced Carter.

David J. Sachar, the commission's executive director, said he saw Carter's tweets about the incident and filed the complaint against Karren.

[Don't see the video above? Click here to watch: nwaonline.com/54parking/]