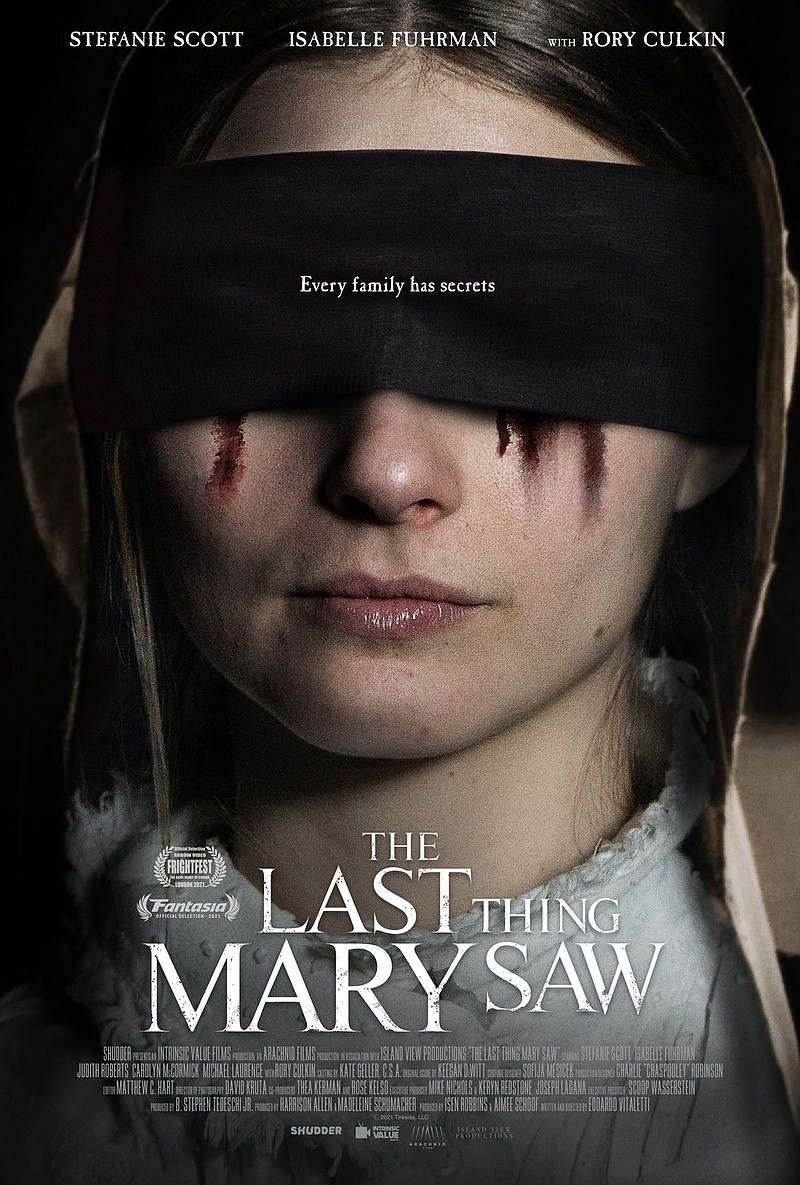 "The Last Thing Mary Saw" (not rated, 1 hour, 29 minutes, Shudder) This intriguing, dread-infused horror film interweaves the complexities of religion and independence in a story of how an intimate relationship between a young woman and her household's maid in Southold, N.Y., in 1843, frowned upon by her religious family as an abomination, is dealt with severely -- on God's behalf. With Rory Culkin, Stefanie Scott, Isabelle Fuhrman; written and directed by Edoardo Vitaletti. Shudder is AMC Networks' streaming service for horror, thrillers and the supernatural.

"Attica" (not rated, 2 hours, Sho.com, YouTube, Showtime streaming and On Demand platforms) Showtime's Oscar-short-listed documentary feature from filmmakers Stanley Nelson and Traci Curry is available for free through the end of Black History Month. It concerns the bloody five-day prison rebellion at the Attica Correctional Facility in upstate New York in 1971, which took the lives of 29 inmates and 10 hostages.

"The Dry" (R, 1 hour, 57 minutes, DVD, Blu-ray) This thoughtful, compelling and well-cast Australian thriller concerns federal agent Aaron Falk (Eric Bana) who returns to his home town after 20 years to attend the funeral of his childhood friend Luke, who allegedly killed his wife and child before taking his own life, a crime that Falk reluctantly agrees to investigate. With Genevieve O'Reilly, John Polson, Keir O'Donnell; co-written and directed by Robert Connolly. Bonus content includes six featurettes.

"An Unquiet Grave" (not rated, 1 hour, 12 minutes, DVD) A lean, underplayed thriller documentary of a man who, on the anniversary of his wife's sudden death, convinces her twin sister to perform a ritual to allow him to see her again. With Christine Nyland, Jacob A. Ware; directed by co-written by Terence Krey.

"Donkeyhead" (TV-MA, 1 hour, 45 minutes Netflix) A family dramedy focusing on the pressures of career performance in South Asia concerns Mona (Agam Darshi), a failed writer who cares for her ailing Sikh father, and finds her isolation disturbed when he has a stroke and her three bossy successful siblings show up on her doorstep determined to take control of the situation. With Kim Coates, Sandy Sidhu, Stephen Lobo, Huse Madhavji; written and directed by Darshi.

"I, Challenger" (not rated, 1 hour, 38 minutes, Amazon Prime Video, Apple TV) A comedy in which Sid (James Duval), who spends his days playing video games and selling weed, is about to be evicted. Desperate to change his life, he enlists his gaming buddy Logan (Coy Stewart) in a dangerous scheme involving the livestream of Sid being buried alive for 24 hours. With Tina Majorino, Margaret Cho; co-written and directed by Paul Boyd.