Why they can't stop remaking Macbeth 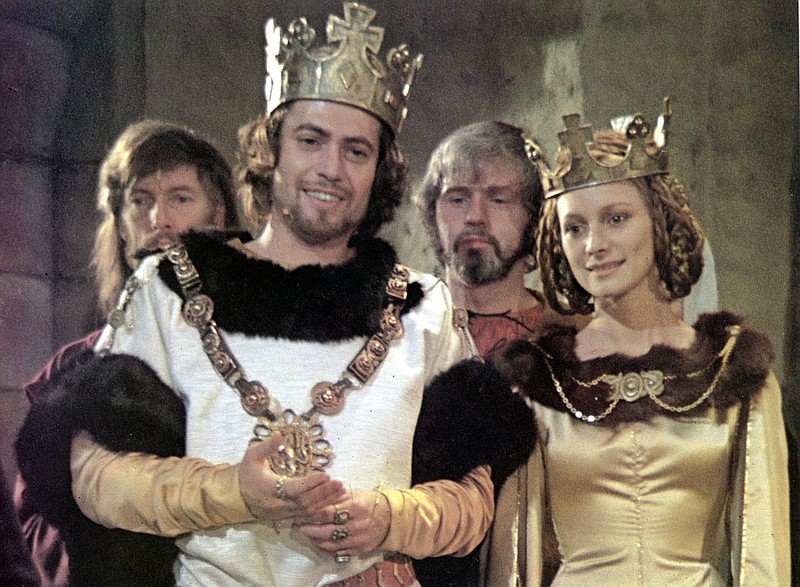 In Roman Polanski’s 1971 version of Shakespeare’s most accessible play, “The Tragedy of Macbeth,” Jon Finch played the title character while Francesca Annis portrayed Lady Macbeth, famously playing the sleepwalking soliloquy in the nude.

If you think there are too many remakes out there, you might want to blame William Shakespeare.

Last week director Joel Coen's new adaptation of "The Tragedy of Macbeth" debuted on Apple+, and it joins countless other interpretations of the play. In addition to walking in the footsteps of Shakespeare, he's also going where Orson Welles, Akira Kurosawa, Roman Polanski and even Lou Reed have gone before.

Oddly, Coen, who is directing his first movie without his brother Ethan, makes watching a story about an 11th-century Scottish monarch seem like a new experience. His movie combines current technology (3D computer modeling was used for the set design) with Shakespeare's 1606 text and old-school, expressionistic black-and-white images.

While you might recognize "Out, damned spot!" as star Frances McDormand recites from the play, this seems more like a waking nightmare. The supernatural aspects are presented as "real" but disorienting. As a result, the foul deeds that Macbeth (Denzel Washington) and his wife (McDormand) commit are somewhat easier to understand.

Despite having set foot on familiar ground, Coen and his collaborators have emerged, unlike the title sovereign, with their heads still attached to their bodies. I started wondering why so many artists have been able to make wonderful versions of a tale about a guy who murders his boss (and cousin) immediately after receiving a promotion.

In an email, I posed the question to James Shapiro, professor of English at Columbia University and the author of "Shakespeare in Divided America" and "The Year of Lear: Shakespeare in 1606."

He replies, "Teachers love it because you can teach it without parents complaining or threatening to 'cancel' it or remove it from school libraries; there may be a lot of violence, but there's no sex. And those who secretly hate their boss can identify with a man who kills one (even if his boss is kin and crashing at his house when he kills him)."

Part of the reason the play emerges on the screen could be because Shakespeare's plot line is more engrossing than the facts. As a historian, he was, um, selective.

While we now know he was correct about Richard III's spinal curvature, Macbeth actually killed and usurped King Duncan (Brendan Gleeson) in battle, not in a bedroom. In some ways, the Bard of Avon was more interested in the general nature of tyranny. The real Scottish chieftain's reign was relatively low on bloodshed, but Shakespeare's ruler -- whether played by Welles, Washington, Jon Finch or even Toshiro Mifune -- merely thinks as Mel Brooks and Tom Petty did, "It's good to be king."

In my 1889 edition of the play editor William J. Rolfe says, "The character is one of intense selfishness, and is therefore incapable of any true moral repugnance to inflicting injury on others; it shrinks only from encountering public odium, and the retribution that may produce."

Unlike Shakespeare's Brutus who kills Julius Caesar for the good of Rome, Macbeth rules simply to maintain the Crown.

In other words, the Scottish people be damned.

As a result, it's fun to see British and Scottish cavalry and catapults come after Finch in Polanski's 1971 movie or to see countless arrows bring down Mifune in Kurosawa's 1957 "Throne of Blood." No matter how you define despotism, it's a thrill to see Macbeth punished.

"President Abraham Lincoln loved this play more than any other that Shakespeare wrote, and would often recite speeches from it, from memory, to his friends and guests," Shapiro explains. "But the actor and white supremacist who assassinated Lincoln -- John Wilkes Booth -- loved the play as well, and Macbeth was one his favorite roles."

This makes the play's adaptability easier to grasp. Just as Kurosawa was able to move the story to feudal Japan where samurai recite lines similar to their Scottish counterparts. (Ironically, I rented the movie from Topeka's best video store at the time, Duncan's Movie Magic.)

Welles rose to prominence in 1936 by relocating the story to 19th-century Haiti with an all-Black cast. The stage production was a landmark of the Harlem Renaissance, and the director was all of 20 years old at the time.

I'm particularly fond of Polanski's take, in part because he adds a fascinating coda where a general who helps defeat Macbeth ends up on the path to repeating the former ruler's folly. The Nazis murdered the Polish filmmaker's parents, and Charles Manson's cult killed his wife Sharon Tate before he filmed the play. If you've lived through something like that, it's hard to believe in pat, happy endings.

Because it was shot in Wales and the north of England, there's a concrete quality that stands as an interesting contrast to Coen's stylized approach. Thankfully, both work.

In the Criterion Collection edition of his movie, Polanski says he cast younger actors as Mr. and Mrs. Macbeth (Finch and Francesca Annis) because he believed the audience wanted to see younger, more attractive thespians in the roles.

Both are great, but Coen succeeds by doing the opposite.

His leads are both in their 60s, so their ambition is fueled by a sense of being left behind. Childless and north of middle-aged, the two have little time to ascend to the throne through honest means. Washington's Macbeth is probably more desperate to reach the dagger than his younger predecessors.

If the play is malleable, it also poses a challenge to performers. It's easier to tolerate Finch's treachery because his silky line delivery makes the horrible things his character says and does easier to tolerate. Similarly, Washington in his later roles can make viewers tolerate even the most unsavory of characters. He's mesmerizing as either a crooked cop ("Training Day") or an inebriated airline pilot ("Flight"), so playing a maniacal monarch is easily within his range.

Shapiro says, "And of course actors love it. Shakespeare only wrote a handful of great roles for women, and none tops that of Lady Macbeth. And men love playing Macbeth: a murderer who speaks some of the greatest nihilistic speeches ever written ('Tomorrow, and tomorrow, and tomorrow ...'), yet also gets to go out fighting."

As I keep watching interpretations of the play, it's delightful to see how differently performers can make Lady Macbeth. In "Throne of Blood," Isuzu Yamada taunts and ridicules her husband into pursuing murder whereas Annis quietly and seductively encourages Mifune to embrace his inner traitor.

France's Marion Cotillard took a similar approach in her 2015 performance in the role. She can grin warmly as she plans the most heinous of actions.

All three of them also play Lady Macbeth's eventual breakdown with panache, so it's no wonder Shakespeare still has so much to offer today's actors.

One of my favorite interpretations of Lady Macbeth came from Ella Joyce in the early '90s. To prove that the sitcom "Roc" was being broadcast live, she "spontaneously" broke into "Come to my woman's breasts and take my milk for gall." Her glee made me want to hear her recite the rest of the play.

When my parents were teenagers, they loved reciting a certain portion of the play because it was the one time they could say "damned" in school. As a teen, I loved the gore, and seeing an MTV bumper where Lou Reed recited the dagger speech solidified my affection.

"Macbeth has to be Shakespeare's most appealing play," Shapiro says. "For one thing, it's one of his shortest. For fans of murder mysteries ('Who killed Duncan?'), it's a classic. The same for those who love horror stories: there's more than enough horror in it, from the brutal slaughter of Macduff's wife and kids to seeing Macbeth's decapitated head at play's end."

Macbeth was wrong when he believed that Great Birnam Wood would never come to High Dunsinane Hill, but I'm eager to see what a new generation will do with the play. That's probably why Joel Coen had this to say to a Los Angeles Times reporter: "The rewards of entering that world are so huge. There's not many plays that can take that kind of deep dive -- as much as you go into it, you're never going to hit bottom." 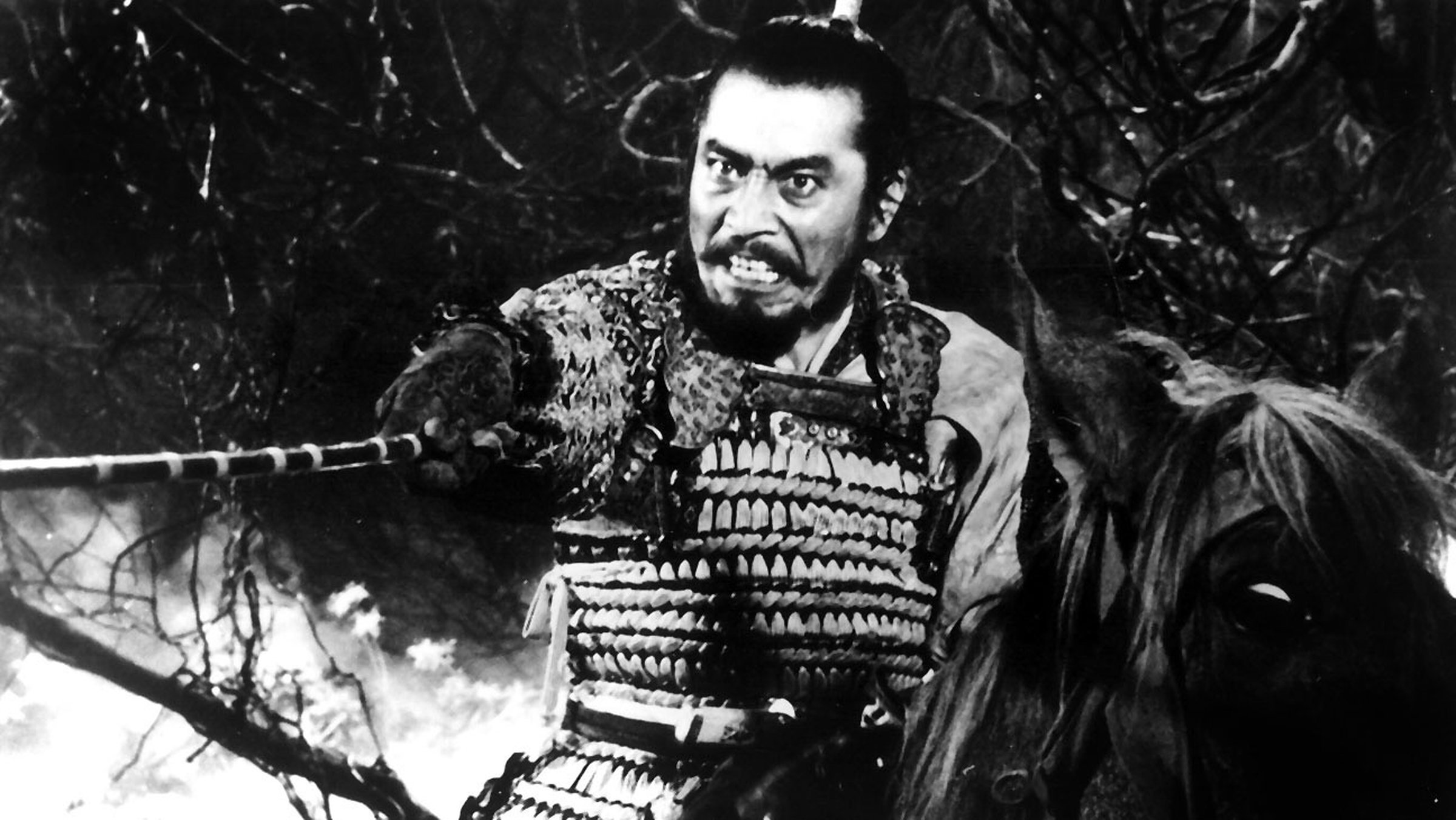 In 1957’s “Throne of Blood,” Akira Kurosawa retold the story of Macbeth by transposing 11th-century Scotland to 16th-century Japan and casting with his favorite leading man, Toshiro Mifune, as the Macbeth analogue, samurai General Washizu.