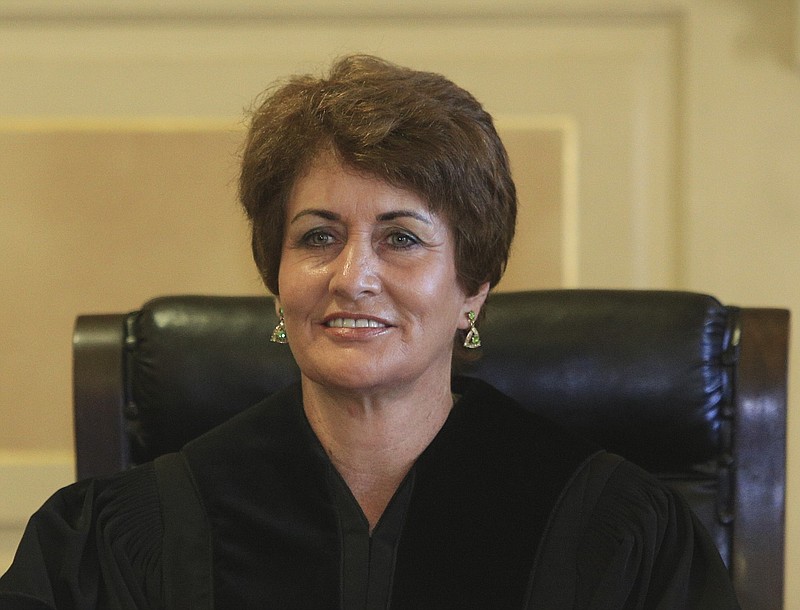 Arkansas Supreme Court Justice Karen Baker has announced that she will seek reelection to a third term.

Baker's decision was revealed Thursday night by the news website Talk Business & Politics. The justice sent the Arkansas Democrat-Gazette a link to the website's story Friday morning, then Friday evening emailed a news release to the newspaper.

"I believe my experience at every level of the judiciary is unmatched and I am currently the senior, most experienced justice, on the Arkansas Supreme Court. I want to continue to put that experience to work for the people of Arkansas," Baker said in the news release.

Previous attempts over the past couple of months to contact Baker about her reelection intentions were unsuccessful.

Baker has served since 2011 after she filled a vacancy on the high court in a special election in 2010 in which she defeated Circuit Judge Tim Fox and Evelyn Moorehead. Baker completed the term of Justice Annabelle Imber, who retired in 2009.

Baker, of Clinton, received a bachelor's degree from Arkansas Tech University and a law degree from the University of Arkansas at Little Rock's William H. Bowen School of Law.

The justice served as a circuit and juvenile-court judge before she was elected to the Arkansas Court of Appeals.

Baker told the Democrat-Gazette on Friday she hasn't filed a campaign financial report yet because there was no reason to at this time. The deadline for state office candidates to file those reports was earlier this week.

DeLay had 48 donations, with some exceeding $2,000 each. The largest donations were $2,900 each and these contributors include: Jered Medlock, an attorney; Mike Holland with Rufnex; Cliff Cabaness with CMS Asset Management Financial Investment; and Jobs and Growth political action committee.

State Supreme Court positions have staggered terms, so not all seven justices are up for reelection in the same year.

The filing period for candidates for state and federal offices in Arkansas is Feb. 22-March 1, with the primary election and nonpartisan judicial general election held May 24, according to the secretary of state's office.