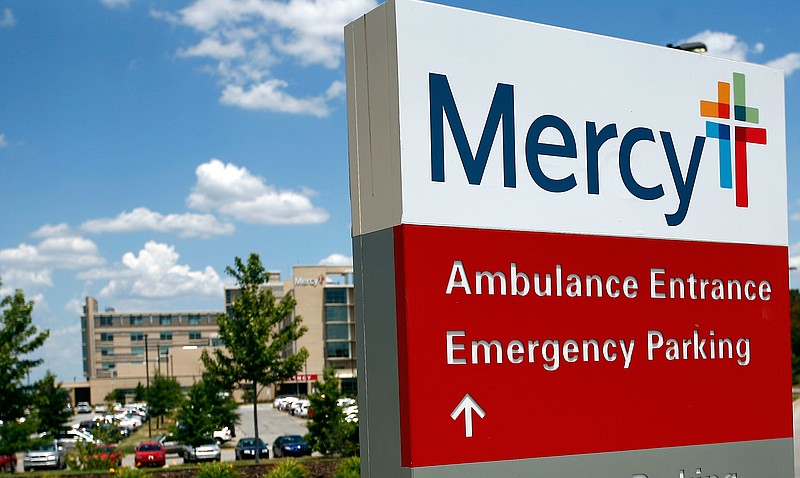 Mercy Hospital in Rogers is seen in a 2012 file photo.

Cooper is a board-certified orthopedic surgeon. In his new role, he works with more than 200 multi-specialty physicians at 22 clinic locations, according to a press release.

"It's a tremendous benefit for our leadership team to add his voice and perspective," Pianalto said.

Cooper worked as an independent health care provider for 18 years before integrating his practice into the Mercy network in 2014, the release states. He previously served as president of the Arkansas Orthopaedic and Arkansas Medical societies and currently is the state's representative to the Board of Councilors for the American Academy of Orthopaedic Surgeons.

Mercy's record of high ratings for health and safety is one reason Cooper took on the new leadership role, he said.

"It's a pivotal time to serve in this position as Mercy services expand to meet the needs of our region's fast-paced population growth over the next decade," Cooper said. "People are finding out what's here in Northwest Arkansas, and Mercy is an important part of that draw."

"He is driven to serve patients, and his fellow doctors appreciate his collaborative nature and his long and continued advocacy for physicians," she said.

"Our collective approach better enables us to keep improving overall patient experiences and care," Cooper said. "Working in tandem with Dr. Bhakta and Dr. Faddis is not only an honor, but it also sets up a beneficial leadership dynamic for the future of Mercy in Northwest Arkansas."