Former ambassador to give sermon 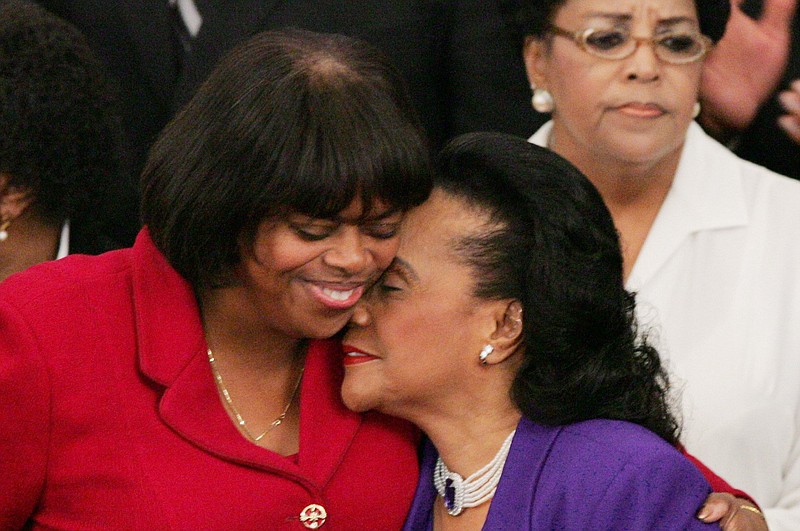 The recorded, virtual-only worship service will be available for viewing on the church's YouTube and Facebook pages.

Johnson Cook, who was appointed to the post by former President Barack Obama, had planned to preach in person.

The congregation decided to cancel in-person worship gatherings as the number of covid-19 infections in Arkansas spiked.

In an email, Johnson Cook said she still plans to visit Arkansas this weekend to speak to members of Delta Sigma Theta.

The church's pastor, Deborah Bell, said Johnson Cook will have a standing invitation to return once the pandemic passes.

"I just hate that she can't be here [for a traditional worship service]," Bell said.

The invitation for Johnson Cook to speak was extended by Etta Carter, vice chair of the congregation's United Methodist Women's group.

"She's a friend of mine and we were talking and she said, 'I am going to be coming to Arkansas sometime in January.' I said '... hopefully you can speak at my church.' I just threw it out. And she said, 'I'll be glad to,'" Carter said.

Johnson Cook has previously spoken at Philander Smith College; Carter serves on its board of trustees. They had also gotten to know each other at a national conference.

While the ambassador's resume is lengthy and her list of accomplishments is long, Carter emphasizes Johnson Cook's personal qualities as well.

"She has such a warm, sincere, genuine Christian spirit. There's no way you would ever forget her," Carter said.

Early in her ministry, Johnson Cook founded the Bronx Christian Fellowship. She also served as a White House fellow and was subsequently appointed by then-President Bill Clinton to serve on the Advisory Board to the President's Initiative on Race.

In addition to her church work and government service, Johnson Cook is an author, adviser and public speaker who appears from time to time on cable news channels.

The ambassador recorded her sermon and it has been forwarded to the church's technology experts.

"The team is weaving its magic," Carter said.

Ruth Jones, a member of the team, says a Sunday service is typically 30 to 40 minutes long, once the elements are edited and spliced together.

"We try to keep it pretty short. We recognize the attention span for videos," she said.

Sunday's service is special, she said.

"We are definitely grateful for the opportunity to have this woman to speak to us. ... It is an honor. It is a privilege, and we don't take it lightly."

The scriptural text for the sermon comes from the 14th chapter of Exodus, Bell said.

That's the passage where God tells Moses to raise his staff and stretch his hand over the Red Sea, promising "to divide the water so that the Israelites can go through the sea on dry ground."

Bell, who has previewed Johnson Cook's sermon, says it is a "powerful" call for women to pursue the dreams God has placed within their hearts, using the resources they have at hand.

"She did a great job," Bell said. The message, she said, is "Don't be afraid. Be strong. Be courageous. Don't be discouraged because God is always with us."

"There are so many women who are unchurched and confused and lost and broken and need to meet someone like the Reverend Johnson Cook," Bell said.

The former Obama administration official started at the bottom "and now she's an ambassador," Bell added.