Tontitown to vote for mayor twice in one year 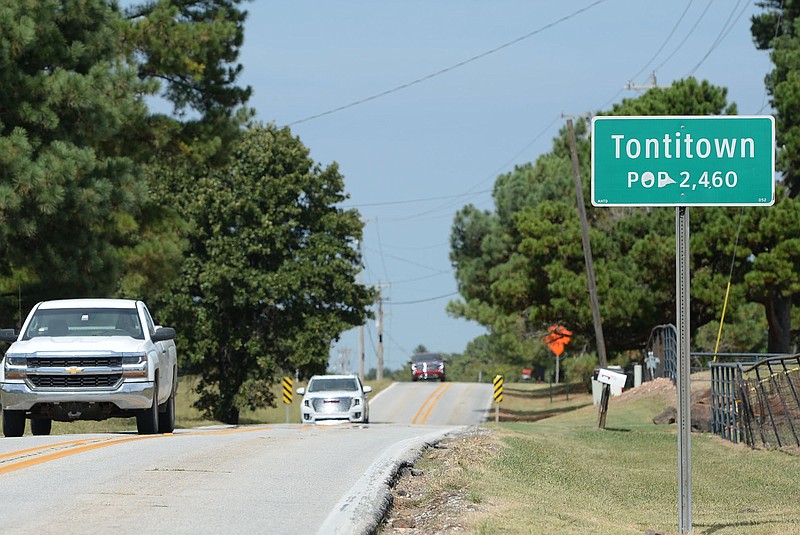 TONTITOWN -- Voters will cast ballots in races for mayor twice in one year.

Tontitown voters will choose a new mayor May 24 and candidates can file for the office between Feb. 22 and March 1, according to a resolution passed by the City Council earlier this month.

Mayor Paul Colvin Jr. resigned Dec. 22. He cited frustration at the length of time taken to get the council to authorize a special election, held in October, and then to get council approval to get started on the projects authorized by voters in that election. The council met Christmas Eve and named fellow alderman Gene McCartney as interim mayor.

"There are procedures you have to follow in city government and they take time," McCartney said after the council approved him as interim mayor in a 5-0 vote, with McCartney abstaining.

"Mayor Colvin did a fabulous job," McCartney said at the Christmas Eve meeting. "I can't imagine being able to do all the work he did and getting all the projects he completed, and he did it while working full-time on his own."

Public notice requirements and limits on when and how often a city can have a special election made May the earliest practical month in which to hold a special election, according to city attorney Justin Eichmann. Holding the election in conjunction with the regular party primaries saves the trouble and expense of a special election date also, he said.

Both an appointed mayor and whoever is elected in the special election remain eligible to run for the next full four-year term as mayor, Eichmann said. Filing for the November mayoral election will be Aug. 3-10.

Colvin said after he resigned the council took months to approve an election to extend the city's sales tax and approve bonds to refinance city debt, extend and improve both the water and the sewer systems of the city and to pay for a new fire station.

Voters approved the tax extension and bonds in October by an almost 5-to-1 ratio. Then, Colvin said, disputes with the council delayed the voter-approved projects. The city's rapid growth and the projects needed to keep pace with it was upsetting to some of the city's residents and council members, Colvin said.

McCartney declined comment on Colvin's remarks at the time, but complimented him.

"I do appreciate Paul's service," he said. "He was very passionate about his job. The city made a lot of strides while he was mayor, and I'm very appreciative."

Print Headline: Tontitown to vote for mayor twice in one year