As Australia, others send supplies, lack of clean water among key concerns by The Associated Press | January 23, 2022 at 3:37 a.m. 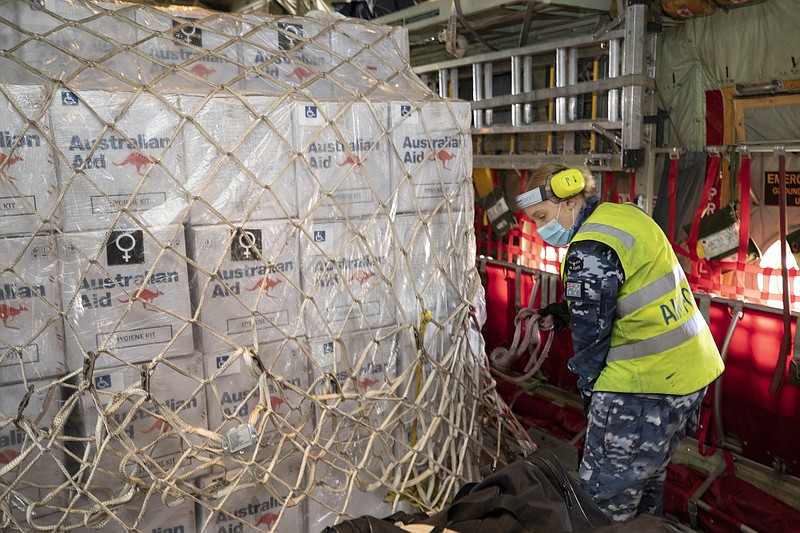 A worker conducts a pre-flight check Friday on humanitarian assistance and supplies aboard a C-130J Hercules aircraft at RAAF Base Amberley in Australia. The aid-laden plane was headed to Tonga. (AP/Australian Defense Force/Kate Czerny)

CANBERRA, Australia -- Three flights from Australia carrying food, water, medical supplies and telecommunications equipment landed in Tonga on Saturday as the Pacific nation grapples with the aftermath of an underwater volcanic eruption and tsunami.

Planes from other nations, including New Zealand and Japan, have also taken sorely needed aid to the Tongan people, said Zed Seselja, Australian minister for international development and the Pacific.

The first such aid arrived Thursday, after the main airport runway was cleared of ash spewed when the nearby Hunga Tonga Hunga Ha'apai volcano erupted a week ago. The explosion also set off a Pacific-wide tsunami that smashed boats in New Zealand and caused an oil spill in Peru.

"Obviously it's a very, very difficult time for the people of Tonga. The feedback on the ground again I got today is many people displaced," Seselja told reporters in Canberra.

Cleanup efforts were going smoothly, with the Tongan government and military officials working together, he said.

Ships from the U.S. and Britain were on their way, he said. Also deployed was the HMAS Adelaide, an Australian navy ship with helicopters on board as well as engineers and a 40-bed hospital. The ship can generate electricity and purify water.

A lack of clean water was a priority because supplies have been disrupted by layers of volcanic ash and saltwater. Red Cross teams on the ground reported widespread stagnant pools of salt water that were dumped by the tsunami, polluting the clean drinking water sources of tens of thousands of people, said Katie Greenwood, the Pacific head for the International Federation of Red Cross and Red Crescent Societies.

Also on Saturday, the Japanese government said a Self-Defense Forces C-130 aircraft arrived in Tonga with three tons of drinking water. That followed a Japanese military flight on Friday. Another plane is scheduled to depart today, carrying equipment for the ash cleanup, the Defense Ministry said.

Seselja said one bit of good news was that casualties have been relatively limited, with three deaths confirmed so far.

Three of Tonga's smaller islands suffered serious damage from tsunami waves. The majority of Tongans live on the main island of Tongatapu, where about 50 homes were destroyed and coastlines strewn with debris.

U.N. humanitarian officials reported that about 84,000 people -- 80% of Tonga's population -- have been affected by the eruption.

The tsunami severed the single fiber-optic cable that connects Tonga to the rest of the world, leaving many unable to connect with loved ones abroad.

Since then, satellite communication have improved and Tonga's telecommunications operator, Digicel, said it had been able to restore international call services to some areas. 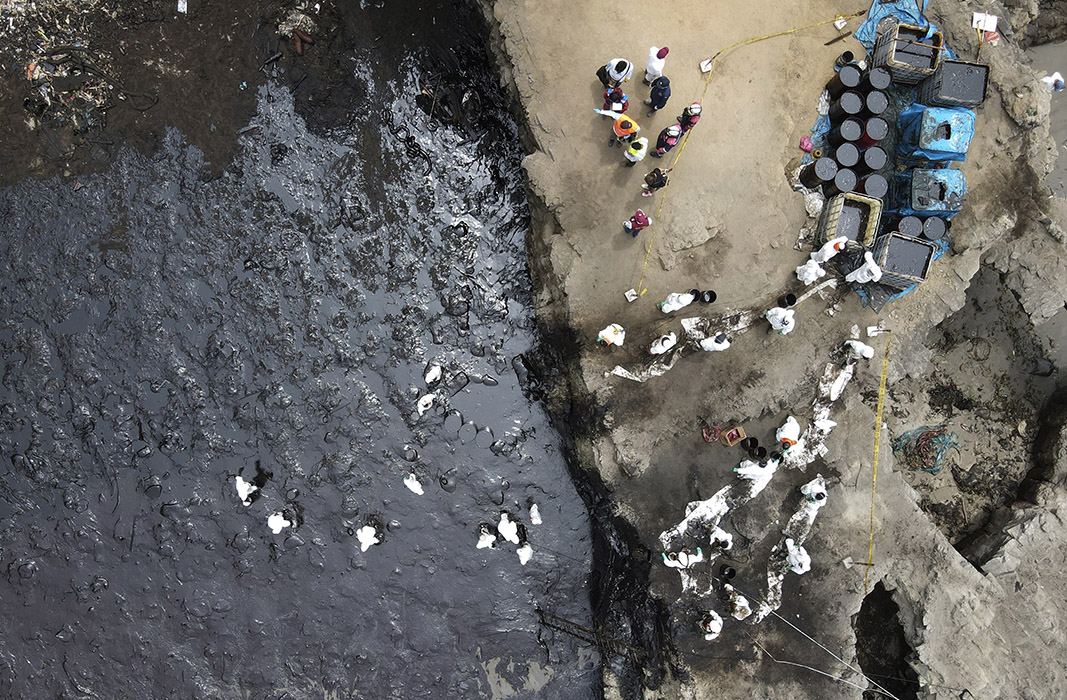 Workers continue to clean up an oil spill Saturday on Cavero Beach in the Ventanilla district of Callao, Peru, after damage caused by a tsunami from the Jan. 15 eruption of an undersea volcano in the South Pacific nation of Tonga. More aid flights were arriving at Tonga’s airport Saturday as the nation deals with the destruction there. (AP/Martin Mejia)