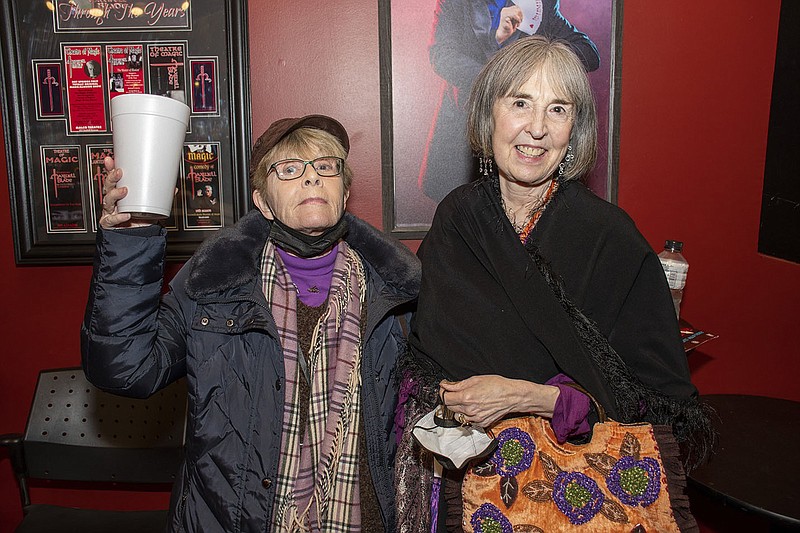 HOT SPRINGS -- Many more short films this year made for a long event, so the film festival was split into two days. Arkansas Short Films, The Extended Cut, was held Jan. 8 and 9 at Malco Theatre.

On Jan. 9 filmmakers were invited to a happy hour in Malco Lounge between afternoon film blocks. The day ended with an awards ceremony. The Jury Prize of Best Arkansas Short was given for "The Daily" by Marty Lang, Austin McEuen and Patrick Ali. The Audience Choice Award was given for "NoRegrets" by Kristine Artymowski and The Jury Prize for Best Short from Out of State was for "Yoruga" by Federico Torrado.

Print Headline: The award goes to ...