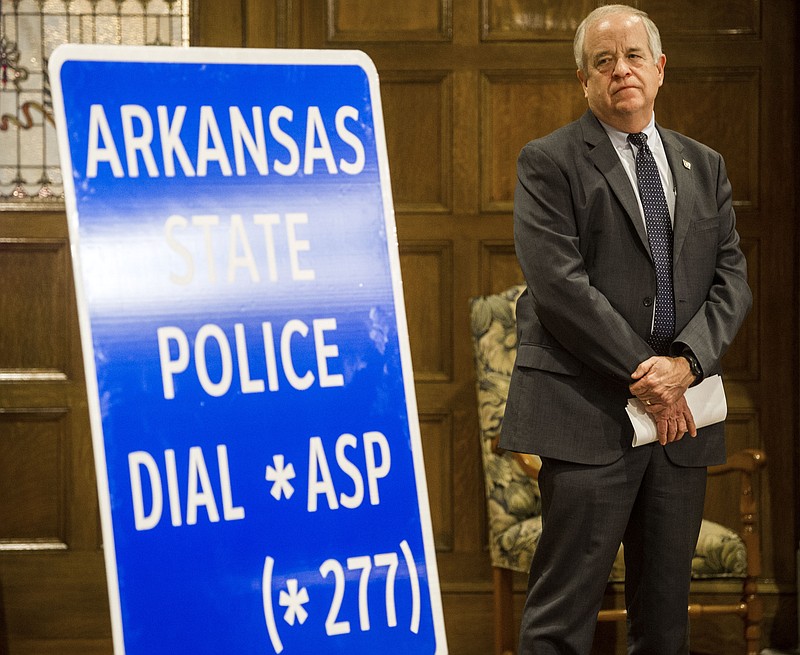 Motorists who use AT&T, Verizon or T-Mobile will be able to dial *277 -- or *ASP -- to inform state police about road issues that don't rise to the level of an emergency, such as stranded motorists, suspicious activity, small roadside grass fires, and high speeds or reckless driving.

Callers will be connected to the nearest of the state's 12 Arkansas State Police Highway Patrol Division troop headquarters, where the information will be relayed to troopers patrolling the roads.

The 200 signs promoting the new phone line are in production this week and will be placed at prominent locations -- state and county lines, freeway interchanges and in 30-mile increments on highways -- starting next week, Arkansas Department of Transportation Director Lorie Tudor said.

The rollout, which will begin in the Little Rock and North Little Rock metropolitan area and work its way outward, should take between a month and six weeks, Tudor said.

Around 2011, the state police opened a *55 speed dial for a non-emergency line, "but unfortunately it wasn't very well marketed," Bryant said. The *55 number will continue to be in use for some time until any issues with the new system are worked out.

The idea for the new non-emergency number came from state Rep. Stephen Meeks, R-Greenbrier, who said he raised the idea with Bryant last year after watching another driver speed recklessly down the highway one morning. That driver's behavior wasn't worth a 911 call, Meeks said, but it deserved to be addressed.

"How do you report that so it doesn't become a tragedy?" Meeks asked.

Bryant worked with Tudor and the Arkansas Department of Transportation on the idea, and they eventually cut a deal with the three cellphone carriers to put the phone line into service.

"This is a great example of teamwork in state government and private industry," Bryant said.

The project, signs included, will cost $55,000, which Tudor called "a great use of tax dollars."

"I have no doubt that this will save lives," Meeks said.

Bryant stressed that the new phone line will not take the place of a 911 call in an emergency, but simply offers drivers another tool to contact police about more minor problems.

Hutchinson praised the plan for being another part of the solution to a nationwide problem.

"Today's announcement will go some distance to help the citizens have the tools that they need to support suspicious activity," Hutchinson said.

Print Headline: Signs to get *277 word out to drivers