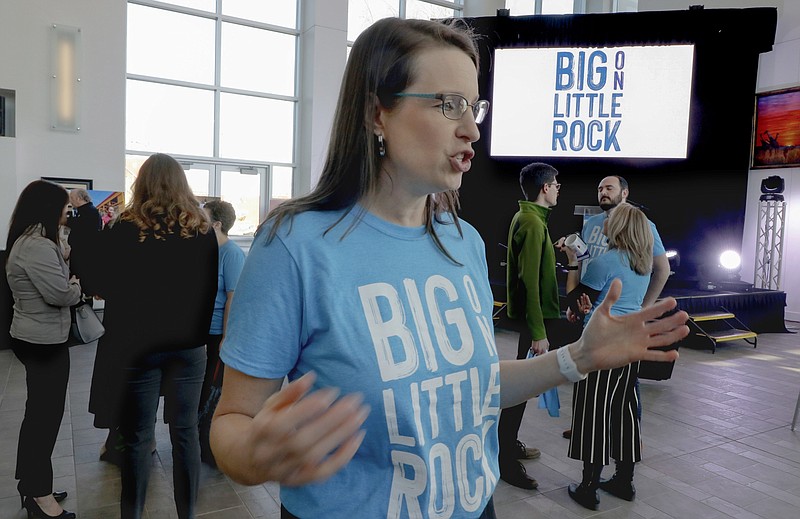 Gretchen Hall, the president and chief executive officer of the Little Rock Convention and Visitors Bureau, sports a blue shirt bearing the slogan that the organization was debuting during an event held in the atrium of the Statehouse Convention Center in downtown Little Rock in this Feb. 27, 2020 file photo. The slogan, "Big on Little Rock," appeared on shirts, mugs, magnets and tote bags handed out to attendees. (Arkansas Democrat-Gazette file photo)

Gretchen Hall, the president and chief executive officer of the Little Rock Convention and Visitors Bureau, will step down in March, the bureau announced Wednesday.

Hall has led the tourism bureau since 2011. She joined the group's event operations division in 2001, according to a news release issued Wednesday.

"After 20 years with LRCVB I feel it is time for me to step aside and take on a new challenge," Hall said in a statement released by the tourism bureau. "I am very proud of our accomplishments and know that this dedicated team will continue to do amazing work at LRCVB.”