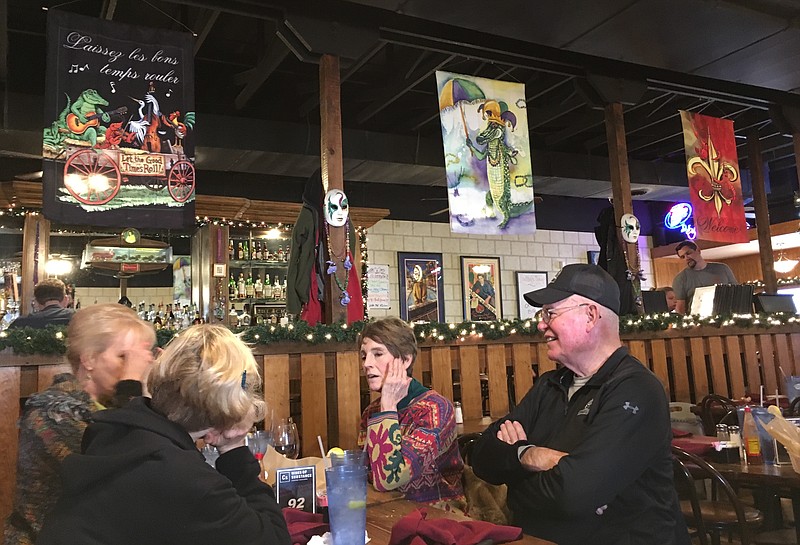 The Faded Rose in Little Rock's Riverdale is one of the finalists for the 2022 class of the Arkansas Food Hall of Fame. (Democrat-Gazette file photo/Eric E. Harrison)

The Irvine, Calif.-based Wienerschnitzel hot dog chain has signed a development agreement with Tejas Dogs, LLC, to build 20 new Wienerschnitzel restaurants over the next 12 years throughout Arkansas, where it currently has no outlets and views the area, according to a news release, as "entirely underserved." Locations aren't yet fixed but the franchisee expects to start with three stores in Northwest Arkansas. Check out the chain, including its menu, at wienerschnitzel.com.

Announced on Monday: From more than 2,000 submissions from all 75 Arkansas counties, a panel of Arkansas historians, chefs, foodies and food authors has chosen the finalists for the 2022 class of the Arkansas Food Hall of Fame: 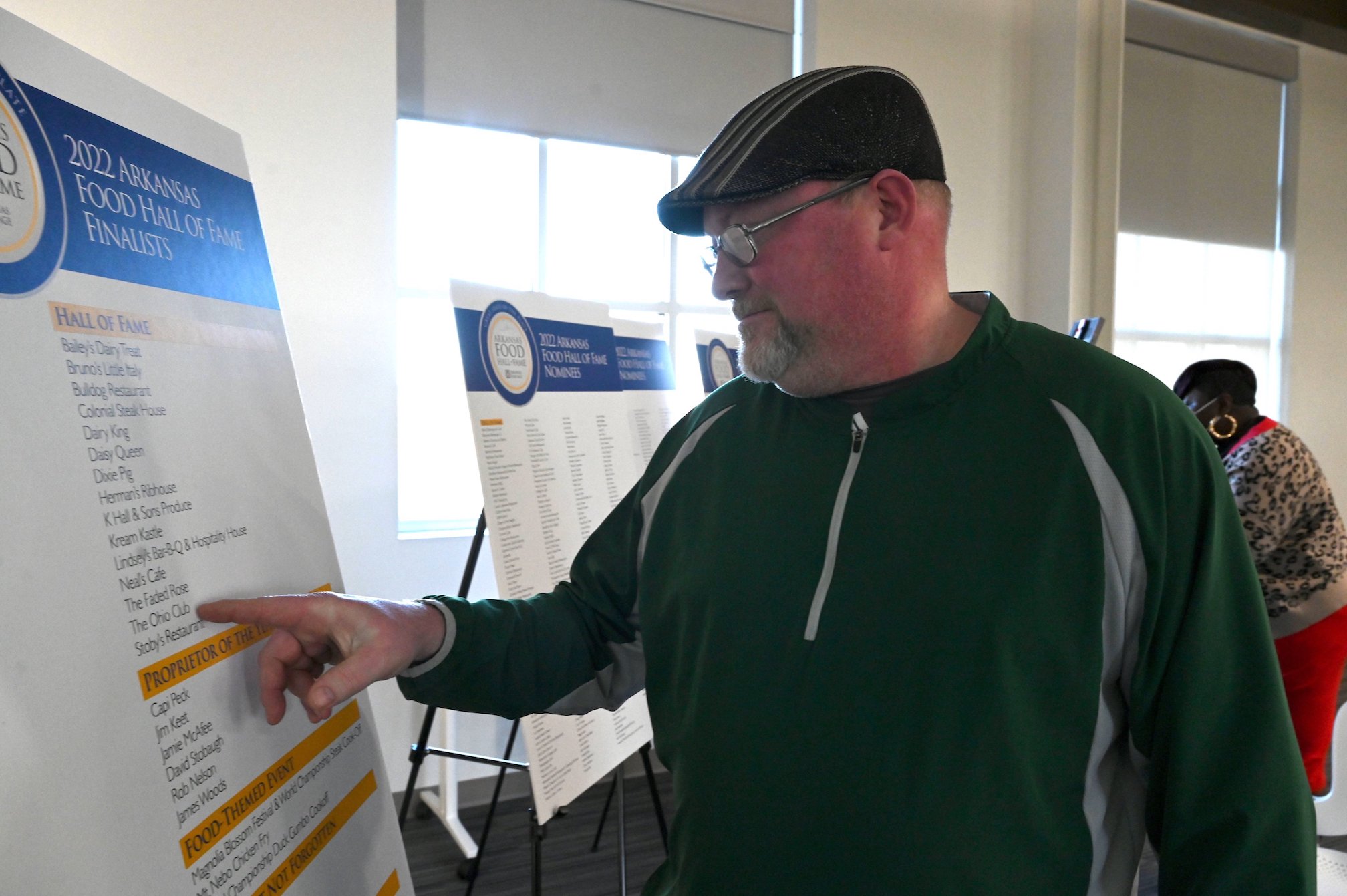 Michael Dampier, general manager at Hot Springs' The Ohio Club, finds the restaurant name on a poster listing the 2022 Arkansas Food Hall of Fame finalists after a press conference at Arkansas Heritage in Little Rock on Monday. Dampier said it was the fifth time the Ohio Club had been nominated and its fourth time as a finalist. (Arkansas Democrat-Gazette/Stephen Swofford)  PROPRIETOR OF THE YEAR

GONE BUT NOT FORGOTTEN

The winner of the People's Choice Award, based on the number of nominations for a particular restaurant, will be announced during a hybrid induction ceremony on Feb. 7 at the Ron Robinson Theater, 100 River Market Ave., Little Rock, at which the winners of the other categories will be revealed. Attend virtually or in-person; tickets are $20. Visit ArkFoodHOF.com, call (501) 324-9788 or email mandy.shoptaw@arkansas.gov.

Raduno Brick Oven & Barroom, 1318 S. Main St. Little Rock, has instituted, according to a recent posting on Facebook (facebook.com/radunoAR), a new online ordering system, and "We now have DELIVERY." Visit toasttab.com/raduno-brick-oven-barroom-1318-s-main-street/v3 or radunolr.com. The phone number is (501) 374-7476.

And Blue Sage Vegan Bistro, in the River Market's Ottenheimer Market Hall, 400 President Clinton Ave., Little Rock, is also offering delivery on direct orders. A posting on its Facebook page (facebook.com/BlueSageVegan) explains: "We're excited to announce both pickup and delivery are now available for orders placed directly on our website. Just select 'Delivery' at checkout to have your order delivered to your location. Ordering directly through us, instead of third-party apps or marketplaces, helps support our business so we can keep serving you!" Place those orders at tinyurl.com/mrxkd3y3; the kiosk hours are 10 a.m.-2 p.m. Monday-Tuesday and Thursday-Saturday for dine-in, 2-6 p.m. for take-out and delivery. The phone number is (501) 319-7085

We noticed paper over the windows at the former Ohia Poke, 220 W. Sixth St., Little Rock, which led us to check in with William Watkins, who has been working on Fat Jaws Soul Food and Southern Eats, "soul food for the sophisticated palate," in that space. He said he has already cleared an inspection from the state Health Department and that all that stands between now and getting open is an inspection and a certificate of occupancy from the Little Rock Fire Department. Initially he will continue to cater from the kitchen and offer the space up for events (the building owner has kept the upstairs space closed since a June 30, 2017, shootout there that injured 28 people); Thursday-Saturday dinner service should follow, expanding to lunch by summer. A phone number is pending. The space has previously also housed several incarnations of Lulav (a version of the Lulav logo still abides on the building's eastern wall) and, very briefly, The Veg LLC. Watkins says he worked as a caterer in Dallas for 18 years; before that, he was a police officer. He credits his grandmother for training him as a cook and providing the recipes.

A $250,000 building permit pends for what appears to be a drive-thru only Starbucks at 8001 Geyer Springs Road, Little Rock. A check of the address turns up a car wash, a bank and a furniture store as previous occupants of the corner of Geyer Springs and Interstate 30.

And the Camden Downtown Network is holding a Chocolate Lover's Stroll through downtown Camden, 4-7 p.m. Feb. 11. Register at ExploreCamden.com/city/events (total registrations are limited to 144) and receive a bag to collect chocolate treats from participating businesses and pop-ups, a map thereof, 10 tickets to redeem and a chocolate lover's mug.