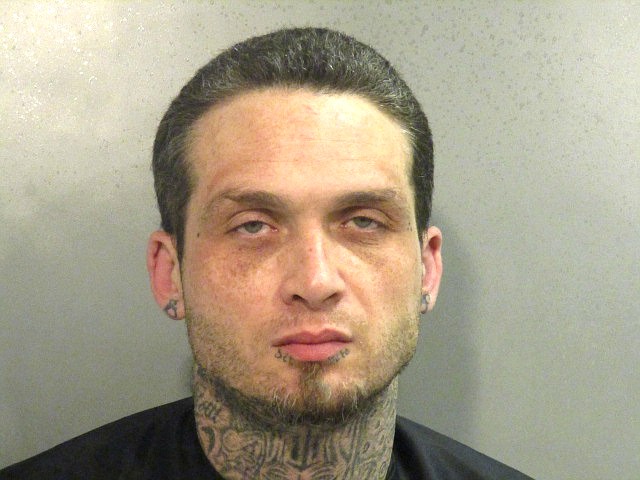 FAYETTEVILLE -- A Springdale man pleaded innocent Wednesday in Washington County Circuit Court to capital murder and other felony charges related to a fatal stabbing in Fayetteville on Christmas Eve.

David Martin Pyle, 39, is charged with capital murder in the death of Cody Tisdell, 30.

Capital murder, if convicted, carries a penalty of death or life in prison without the possibility of parole.

Police were sent about 12:52 a.m. Dec. 24 to 1889 N. College Ave. Officers found Tisdell in the parking lot of a gaming business with stab wounds. First responders rendered aid, and Tisdell was taken to Washington Regional Medical Center, where he was pronounced dead, according to a police report.

Witnesses at the scene said they saw Pyle and Tisdell arguing in the parking lot, the report says. During the altercation, Pyle walked to a car, retrieved a knife and started fighting with Tisdell, who was unarmed, according to the report.

The report says Pyle stabbed Tisdell several times. Pyle got into the car and fled, according to the report.

Surveillance video backed up witness accounts, according to police. On the video, someone can be heard yelling at Pyle to put down the knife. Once Tisdell was stabbed, he ran away from Pyle and fell to the ground, according to the report.

After the stabbing, police said they located Pyle about 2:30 a.m. at his home on Hemlock Place near Tamarack Street in Springdale. Officers spoke with Pyle over the phone about 10:30 a.m., but he refused to come out for several hours.

Pyle live-streamed video on social media during the standoff, during which Pyle said he wouldn't go back to prison, according to police. Police used gas canisters in an attempt to get him out, and Pyle fired a gun in return, police said. Police believe the gun Pyle fired was stolen.

Pyle came out of the home about 7 p.m. but didn't comply with officers' commands, police said. Police used a stun gun to subdue and arrest him.

Pyle also is charged with being a felon in possession of a firearm, theft by receiving, as well as probation and parole violations. Pyle was given an initial court date of June 23 before Circuit Judge Mark Lindsay.

Pyle has an extensive criminal history in Washington County involving burglary, theft, drugs and guns dating back at least a decade. He's been charged with felonies at least 11 times and has had probation or parole revoked multiple times.