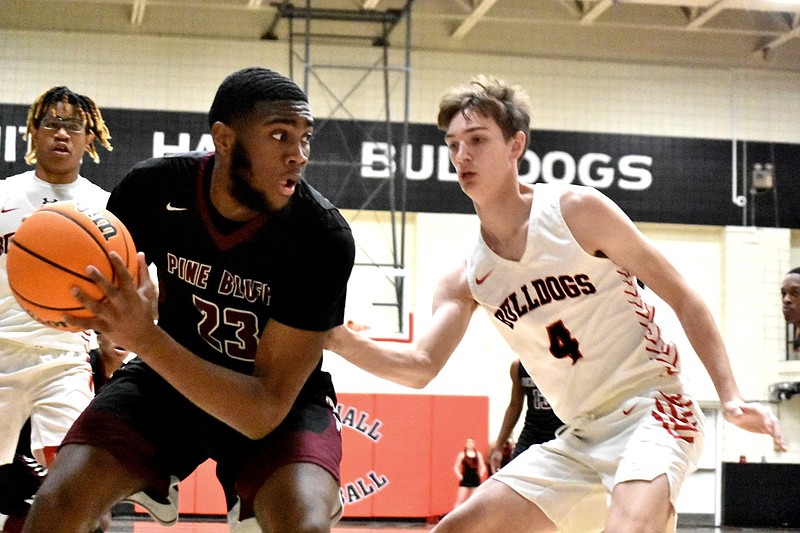 Pine Bluff High School held Hot Springs Lakeside to two points in the third quarter with a zone defense Tuesday, and the Zebras dug out of a halftime deficit to beat the host Rams 60-43 and remain unbeaten in 5A-South Conference boys basketball.

Trailing 30-26 at the intermission, the Zebras (10-6, 5-0 in 5A-South) went to a 2-3 zone that kept the Rams' offense in check. The only points Lakeside scored that quarter were on free throws.

Courtney Crutchfield scored 20 points, Troy'reon Ramos had 14, Jabbar Spellman added 12 and Jordon Harris netted 9 for Pine Bluff, which hosts Texarkana on Friday. The Zebras' home game scheduled for tonight against Lake Hamilton will be rescheduled again due to the Pine Bluff School District's annual report to the public at McFadden Gymasium.

In White Hall, Jai'Chaunn Hayes scored 24 points and pulled down 4 rebounds to help the Bulldogs (7-8, 2-2 in 5A-South) snap a two-game slide.

Randy Emerson Jr. had 16 points and 3 rebounds, and Tavin Dunlap recorded 12 points and 6 rebounds in the win.

White Hall will take on Lake Hamilton in Pearcy on Friday.