'Munich: The Edge of War' 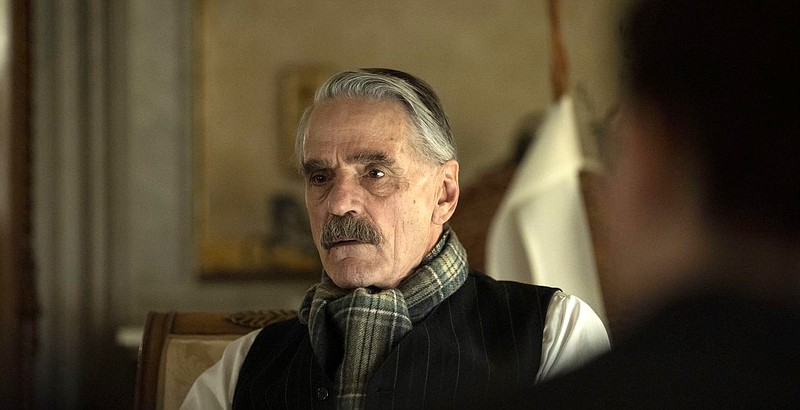 In Christian Schwochow’s historical fiction “Munich: The Edge of War,” Jeremy Irons plays a sympathetic Neville Chamberlain, the British Prime Minister who has become deeply associated with policies of appeasement.

Few actors can claim a more impressive career than Jeremy Irons. With a voice that could soothe just by reciting the alphabet and a near unmatched versatility in front of a camera, the 73-year-old Englishman comes with a laundry list of accomplishments. Perhaps most impressive is his status as one of the few actors to achieve the "Triple Crown of Acting" (that's winning an Oscar, an Emmy and a Tony).

Irons plays Neville Chamberlain in Netflix's new wartime feature "Munich: The Edge of War." The film, a "historical fiction" built around actual people and events, is essentially a reappraisal of the often maligned British Prime Minister, a man who quickly became synonymous with humiliation, weakness and appeasement. This film (an adaptation of the Robert Harris bestseller) dares to question the long-held perception of the complicated leader. Not to absolve him of naivete or poor judgment. But to make a case that Chamberlain's motivations were rooted in strategic foresight rather than incompetence.

Chamberlain was a firm believer in peace through diplomacy. In September 1938, with Germany preparing to invade Czechoslovakia and with his military in no shape to mount a defensive, Chamberlain arranged a meeting with Adolf Hitler, French Minister Edouard Daladier, and Italian dictator Benito Mussolini in Munich. The short-term goal of the conference was to discourage the Fuhrer from invading Czechoslovakia. Long-term it was to avoid the growing possibility of a Second World War.

The meeting ended with Britain and France acquiescing to Hitler's demands, handing over to him the Sudetenland region of Czechoslovakia. Chamberlain hoped it would quell the Fuhrer's increasing appetite for territory. It didn't. Chamberlain returned home, telling an enthusiastic and relieved British public that he had secured "peace with honor." But just as his harshest critic and eventual successor Winston Churchill predicted, it only took Hitler a few short months to prove Chamberlain wrong. Germany seized what remained of Czechoslovakia and shortly after (on Sept. 1, 1939) invaded Poland, setting World War II in motion.

Directed by German filmmaker Christian Schwochow and penned by screenwriter Ben Power, "Munich: The Edge of War" factors in all of the above history to tell the story of the Munich Agreement but from a unique point-of-view. While Irons' Chamberlain is certainly a key player, the historical account mostly unfolds through the fictional friendship of two Oxford graduates -- one British and one German.

British diplomat Hugh Legat (George MacKay) and German foreign ministry aide Paul von Hartman (Jannis Niewohner) were best of friends until a dictator's politics tore them apart. But with war looming on the horizon, both young men find themselves fighting for peace yet from two very different positions. Hugh works closely with the Prime Minister as he prepares to meet with Hitler. Paul is part of a secret opposition group within the German government whose plan to oust the Fuhrer is stymied by the Munich conference.

Schwochow and Power pluck several pieces from history, add in their own twists, and graft them into this gripping story which turns out to be equal part political drama and spy thriller. While the disastrous results of the Munich meeting are well known, the movie's real drama surrounds secret documents that detail Hitler's real expansionist plans (seemingly inspired by the real-life Hossbach Memorandum). When they fall into the opposition's hands, Paul is tasked with smuggling them to Munich where he is to secretly use the documents to dissuade Chamberlain from signing a treaty with Hitler. But to get close to the Prime Minister he'll need the help of his old friend, Hugh.

The movie also puts its own spin on the Oster Conspiracy, a secret plan proposed by high-ranking German officers in 1938 to assassinate Hitler and overthrow the Nazi regime. In the movie, the German opposition consider a backup plan to kill Hitler in case Paul and Hugh are unable to convince Chamberlain in Munich. Adding yet another dramatic layer, August Diehl (so good in 2019's "A Hidden Life") plays a German SS officer who begins to suspect that Paul and Hugh are in cahoots.

The movie is energized by Tim Pannen's stellar production design. One of the keys was the choice to film in the real locations including the actual Fuhrerbau (translated as "the Fuhrer's building") -- the very building in Munich where the Czechs were sold-out by their British "ally" (today it's a University of Music and Performing Arts). There's also a tremendous attention to detail from the period-accurate costumes to the vintage cars that fill the streets to the scarlet Nazi banners adorning buildings, cars, and uniforms. Everything here looks exactly right.

And back to the performances, to no surprise Irons is brilliant, portraying Chamberlain as warm and endearing yet blinded by his own optimism. We also get passionate and textured work from MacKay and Niewohner. Hitler is played with a cold austerity by Ulrich Matthes, perhaps best known for his role as Nazi propagandist Joseph Goebbels in 2004's "Downfall." Everyone here clicks and so does this movie -- a riveting and entertaining blend of history and fiction that may not convince everyone to reconsider Neville Chamberlain, but it certainly gives us plenty to chew on.