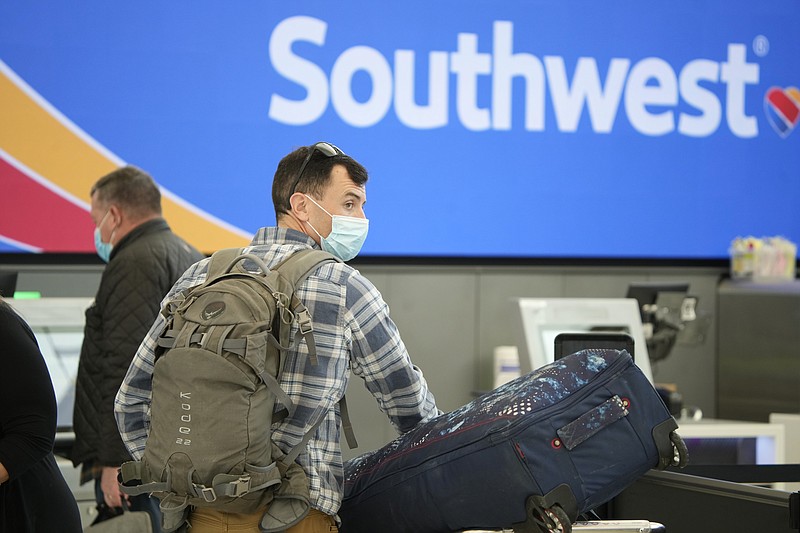 Passenger queues up to check in at the counter for Southwest Airlines Monday, Jan. 3, 2022, in the main terminal of Denver International Airport in Denver. (AP Photo/David Zalubowski)

DALLAS -- Southwest Airlines posted a narrow $68 million profit for the fourth quarter, aided by full flights during the holidays, but the airline warned Thursday that it expects to lose money in the first three months of 2022.

The rise of the omicron variant of covid-19 and continuing weak business travel will cut revenue by $330 million and lead to losses in January and February, Southwest said. The airline predicted it will be profitable for the remainder of the the year.

Southwest said 5,000 employees tested positive for covid-19 during the first three weeks of January, contributing to the roughly 5,700 flights it has canceled so far this month, according to data from FlightAware. The Dallas-based airline said absenteeism has recently declined.

The surge of virus infections also slowed ticket sales and led to more trip cancellations, but those trends have begun to decline. Incoming Chief Executive Officer Robert Jordan said the airline is optimistic about bookings and revenue in March.

At an investor event last month, Southwest executives pledged to improve reliability and return the company to growth, which has been crimped the past couple years by the grounding of its Boeing 737 Max planes and the pandemic.

Southwest's fourth-quarter profit was a reverse from a loss of $908 million a year earlier. Excluding special costs, Southwest earned 14 cents per share. Analysts expected adjusted earnings of 7 cents per share, according to a FactSet survey.

Labor and fuel costs jumped in the fourth quarter, when Southwest raised pay for employees to pick up extra work. Southwest, which shrank by thousands of workers in 2020, went on a hiring spree last year and expects to add another 8,000 workers this year.

The CEOs of JetBlue and Alaska Airlines said they expect travel to rebound this spring and summer, adding to recent comments by Delta, United and American executives that omicron will delay but not derail the industry's recovery.

Airline leaders said the recovery will be uneven and could be sidetracked again by new variants. Southwest will trim first-quarter flights by about 9%, more than previously planned.

"I would have never bet a year ago that this is where we would be here in early 2022," said Gary Kelly, who will step down as Southwest CEO on Feb. 1 after running the airline for nearly 18 years. "I thought we would have this pandemic beat and behind us, and it's far from that."

Southwest attempted to grow faster than other U.S. airlines as travel rebounded last year, but the strategy backfired, as staffing shortages contributed to high numbers of canceled flights last summer and fall.

When other airlines started canceling flights around Christmas because of employees being out with covid-19, Southwest was not hit as hard. Helane Becker, an analyst for financial-services firm Cowen, said Southwest seemed to have been prepared -- it trimmed the December schedule to a more manageable size after its own struggles with cancellations and delays earlier in 2021.

JetBlue Airways posted a $129 million loss. The New York airline said high covid-19 numbers in the Northeast led to more cancellations and weak bookings in late 2021, and first-quarter revenue will be 11% to 16% lower than the same period in pre-pandemic 2019, but a decline in omicron infections should lead to a profitable second quarter and strong summer. 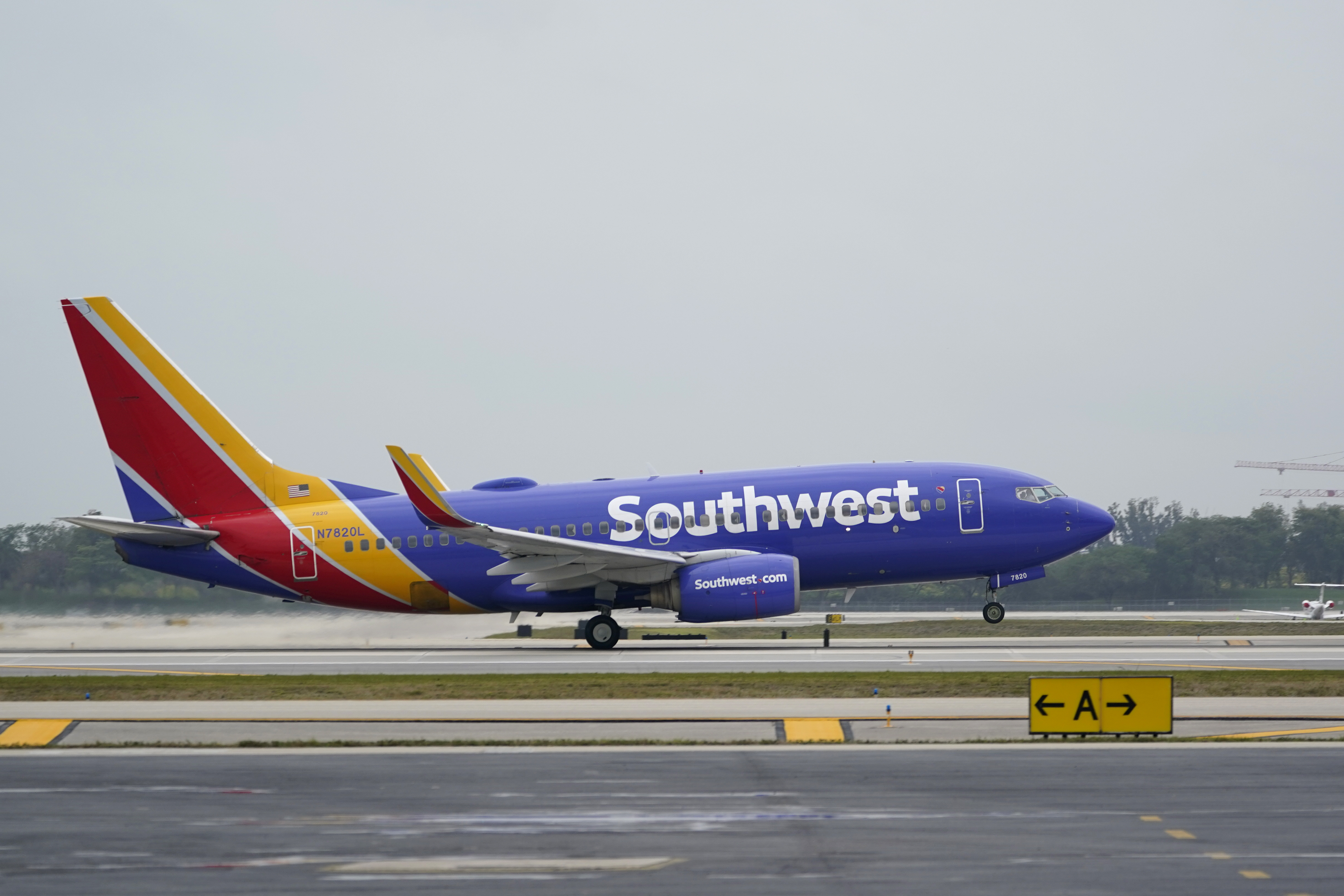 FILE - In this April 20, 2021 file photo, a Southwest Airlines Boeing 737 passenger plane takes off from Fort Lauderdale-Hollywood International Airport in Fort Lauderdale, Fla. Thanks to strong passenger traffic over the winter holidays, Southwest Airlines is reporting a $68 million profit for the fourth quarter. Southwest said Thursday, Jan. 27, 2022 it was the airline's first profit without federal pandemic aid since late 2019. (AP Photo/Wilfredo Lee)