No points, no problem for Baffert 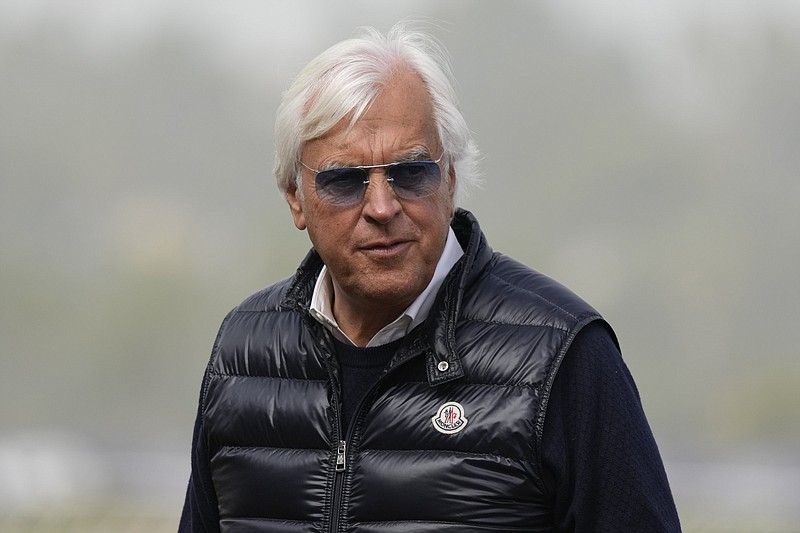 That has become routine. The difference this time is that his entrant in the Grade III $750,000 Southwest Stakes for 3-year-olds over 1 1/16 miles will not earn points regardless of the result.

The Southwest, heretofore set to distribute 17 Derby qualifying points to the first four finishers, has a scheduled post time of 4:22 p.m today. No horse trained by Baffert, including Newgrange, is eligible to race at Churchill Downs, home of the Kentucky Derby, because of a possible medication violation that involved Medina Spirit, the horse Baffert trained to a win in last season's Derby.

Since a points system was first put in place for the 2013 Kentucky Derby, the first four Southwest finishers have earned 10, 4, 2, and 1 points, respectively. If Newgrange finishes in the top four, the points total from the Southwest will be reduced to a range between 16 and seven.

Baffert responded with a text message when asked why he chose the Southwest for Newgrange's next start.

"I thought it was good timing and a good spot for him to run," Baffert wrote.

D. Wayne Lukas, who trains Southwest entrant Ignitis, said regardless of sanctions against their trainer, top horses should have a shot at the Kentucky Derby.

"They've been solid winners and they really need to be in the race," Lukas said. "We're penalizing horses by virtue of a positive test on another horse. The guy who owns the Derby favorite, he didn't do anything but hire the wrong trainer, and that would be the furthest you should stretch it."

Baffert has trained a record seven Kentucky Derby winners. Seven horses from his stable have also won the Preakness Stakes and four have won the Belmont. Horses trained by Baffert have won Oaklawn's Derby qualifying races a total of 17 times, including four wins in the Southwest.

Newgrange should face strong challenges in this version of the race, including one posed by Dash Attack winner of Oaklawn's 1-mile Smarty Jones Stakes on Jan. 1.

"Dash Attack has learned his lessons well," said Kenny McPeek, Dash Attack's trainer. "He sits back, and he doesn't get overworked, and he makes one run. The jockey's got to time that, but I do think the last couple of races set up well for him. Now it's another level, and another group of horses are going to test him. I'm not so much looking backward as forward. Let's see if he can handle this next stage."

"You have the top rider at the track taking over a horse that's showing improvement," Ortiz said. "I think Ricardo's going to be a good asset in this race."

Osbourne, the gelded son of Tapiture owned by his trainer Ron Moquett and four others, will make his first Oaklawn start. He finished second to earn four Kentucky Derby qualifying points in the Springboard Mile at Remington Park on Dec. 17.

"I'm confident that he's going to show up and try," Moquett said. "We're running against Baffert and [Steve] Asmussen, and McPeek and all these guys. They have hundreds of high-quality horses to choose from, and we're going to try to take them on with a gelding. We've played that song before, and we liked the way it sounded, so we're going to try it again."

David Cabrera is set to ride Osbourne, the 8-1 fourth-choice on the morning line.

Ignitis finished third at 31-1 in the Smarty Jones, enough to impress Lukas, the trainer of four Kentucky Derby winners.

"That last race was very encouraging, but he's still looking around and learning a little bit," Lukas said. "We're hoping that race moves him forward. He has to move forward in order to be really competitive."

Kavod won the 6-furlong Advent Stakes on Oaklawn's opening day and led the Smarty Jones at the head of the stretch before he faded to fourth under rider Francisco Arrieta.

Minutes after the race, Arrieta told trainer Chris Hartman he started Kavod's final charge too early in the Smarty Jones.

"We're hoping our rider has a little more patience than he did last time," Hartman said. "That big middle move wasn't a good deal for us."

Print Headline: No points, no problem for Baffert