State breweries try to get ahead of covid setback 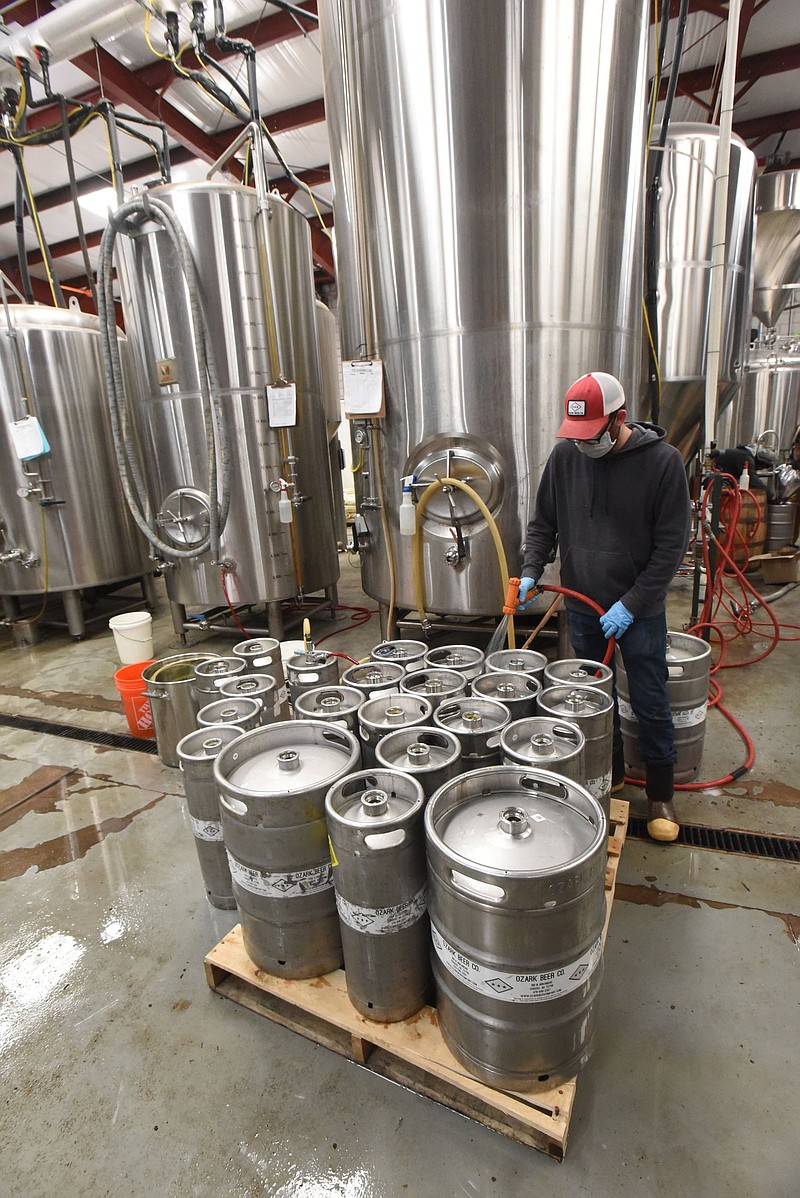 In 2020 Arkansas craft breweries were coming off a record year of beer production then along came covid-19 with its economic kick in the teeth that cut down the amount of brew the state's brewers brewed.

Arkansas craft brewers produced 38,066 barrels of beer in 2020, down nearly 7% from 2019's record production of 40,819 barrels, according to information provided by the Alcoholic Beverage Control Division of the Arkansas Department of Finance and Administration earlier this month. Beer production jumped 16% in 2019 when compared with the year earlier. A barrel of beer contains 31 gallons.

March of 2020 saw the first covid-19 cases in Arkansas followed by mandated closures of restaurants -- one of many craft brewery's key customers. Closures also hit breweries' taprooms -- a key source of income to many operations.

John Beachboard, a brewer and owner at Lost 40, said the production numbers from 2020 weren't the whole story but instead, they were a testament to how many of the state's breweries managed to stay open despite the challenges of covid-19 and the resulting financial headwinds. He also credited the brewers' loyal customer base in Arkansas for keeping craft breweries afloat.

He noted key costs to breweries, like cans and cardboard had increased significantly over the past two years and it's particularly difficult for smaller brewers to absorb such increases across so many items.

He said in 2021 Lost 40 opened a second taproom and brew house called Camp Taco next door to its Little Rock operation in the former Rebel Kettle space. The place not only serves food and beer but also acts as a research and development arm for Lost 40, where it can experiment and work on small batch products.

Beachboard said adding Camp Taco freed up some capacity and flexibility at the Lost 40 brewery that can now be dedicated to old favorites like Trash Panda and new and popular offerings like 2nd Rodeo -- a premium light beer brewed with homegrown Arkansas rice -- as well as its hard seltzer offerings.

Beachboard said two things helped keep the brewery going during 2020 and are helping it going forward -- raising the starting pay for its workers to keep staff and offering an equity stake in the company to six key brewers and production workers.

"They broke their backs to help keep us going," he said.

Bart Watson, chief economist for the Brewers Association, a trade group for craft brewers from across the United States, noted Arkansas beer production in 2020 didn't see quite as significant of a decline compared with the nation. He said craft beer production across the U.S. was down about 9% in 2020 and is expected to be up around 7% for 2021.

Watson said brewers in Arkansas and the nation weathered significant challenges in the face of mandated covid-19 closings in 2020 but that was mitigated some by government assistance that helped many brewers stay afloat. Watson noted brewers today have been and still are facing increases in supply chain costs including cans, paper products, as well as higher shipping and trucking inputs.

"Production numbers are only a piece of the puzzle and aren't the same thing as revenue or profit," he said

Operating under Small Brewery permit, the state's second-largest producer in 2020 was Rogers-based Ozark Beer Company with 4,471 barrels, down 11% from 5,003 barrels the year earlier.

Marty Shutter, marketing director at Ozark Beer Company, said the covid-19 pandemic was tough on the state's brewers, testing their ability to reposition and adapt. He said Ozark Beer Company's loss of its taproom and restaurant business from shutdowns forced it to shift its focus to small batch and package sales.

"We were able to eke it out in unorthodox ways," Shutter said.

He said as business returned when covid-19 vaccines were readily available, the small batch demand stayed strong and folks returned to the taproom in droves.

"We're leaning into this next year," Shutter said.

Tony Guinn is a brewer and the co-owner of Gravity BrewWorks in Flat Rock in north-central Arkansas and the president of the Arkansas Brewers Guild. In response to emailed questions, she said covid-19 hit everyone hard in 2020 as restaurants and other draft venues closed or reduced their hours and many breweries had only to-go sales to rely on from mid-March until late May. All that while facing staffing shortages, an issue that still remains.

"Our patrons were loyal and supported breweries through the down times," Guinn said.

She said many breweries made changes and improvements during the early days of the covid-19 pandemic in 2020, adapting seating spaces and adding packaging equipment, something may of the state's brewers have moved into in 2021 or are considering doing -- despite the can shortage and recent requirements of large orders by most can suppliers.

Guinn said by her count the state has about 46 operating breweries and at least eight are in the planning stage.

"More breweries will be opening in the state," she said. "We regularly hear from people asking about opening a brewery or are a brewery-in-planning." 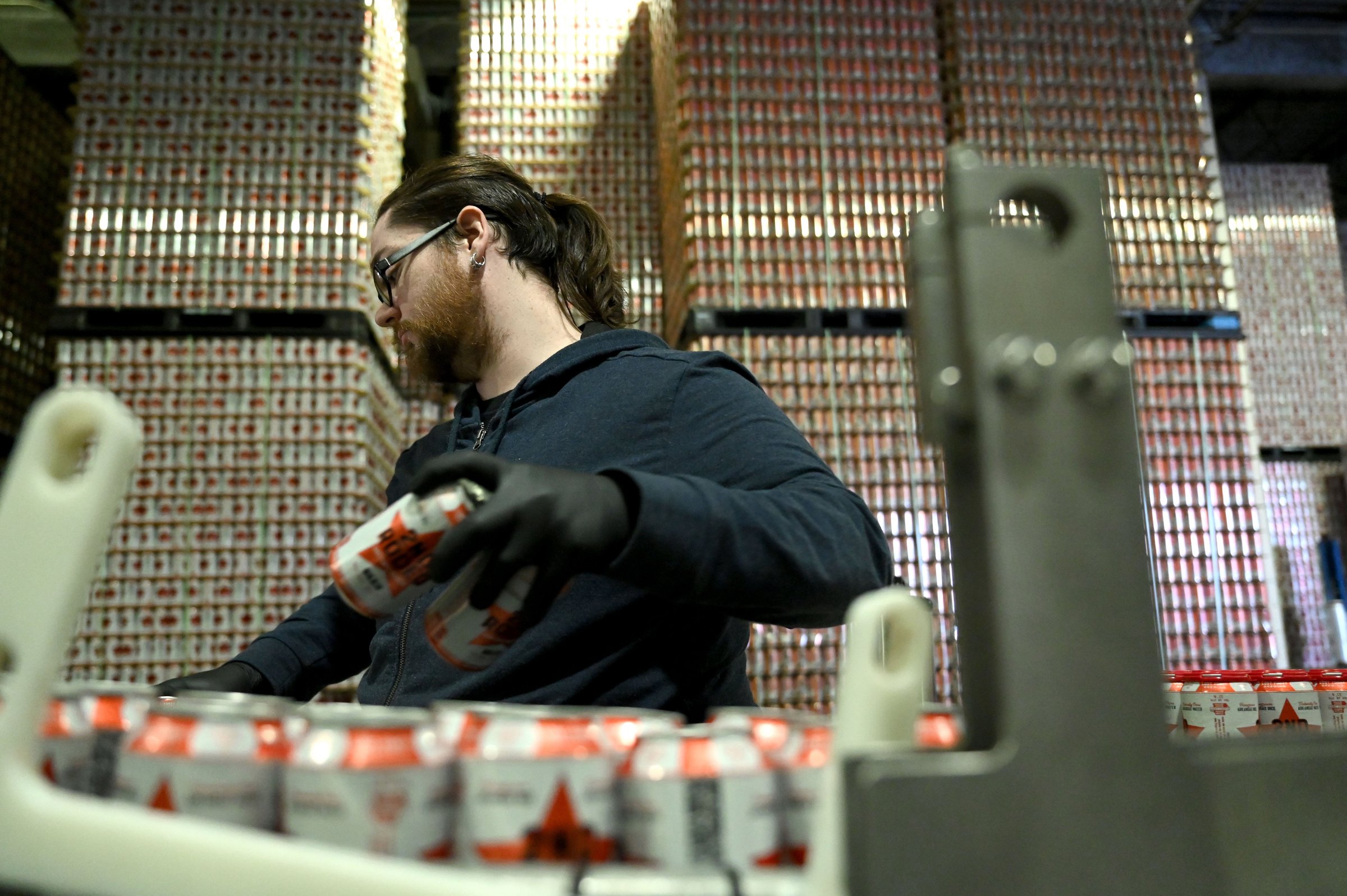 Print Headline: State breweries try to get ahead of covid setback