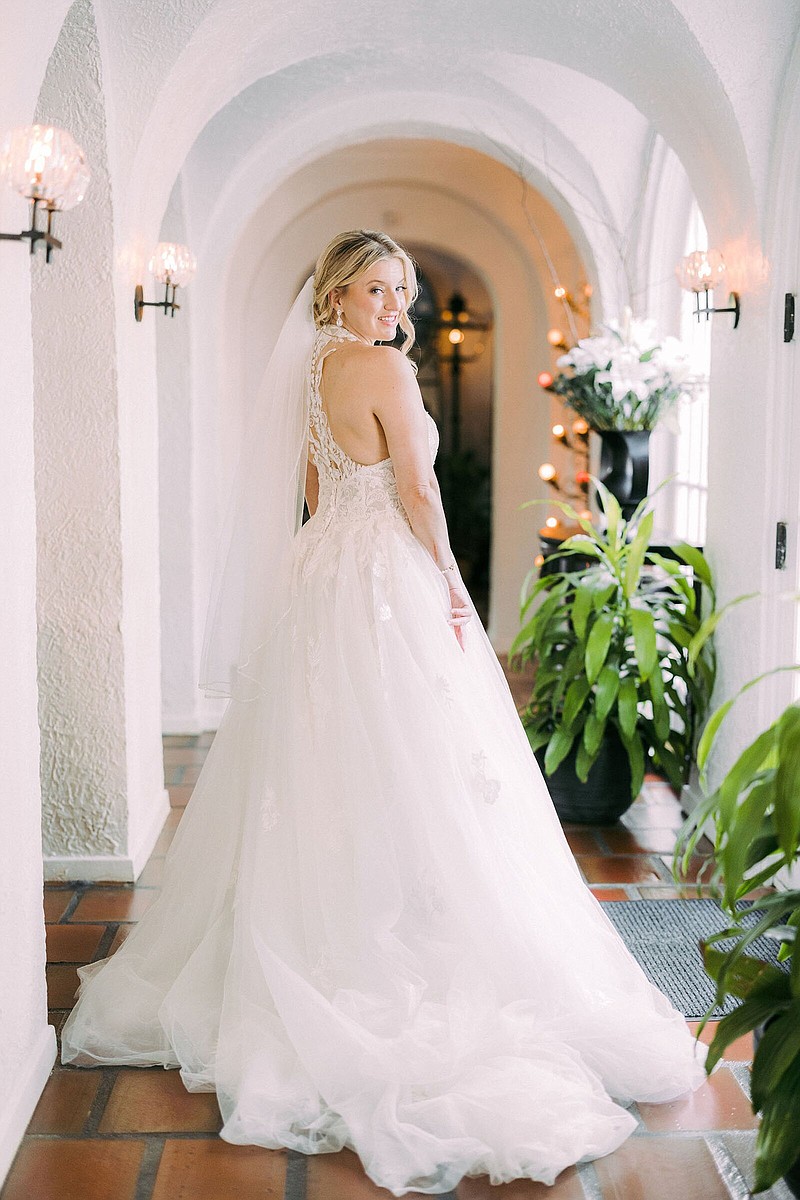 Parents of the bride are Lindsay and Dave Hodges of Forrest City. She is the granddaughter of the late Sallie and Jack Bridgforth and the late Linda and Vincent Harrington, all of Forrest City.

The altar held a large arrangement of hydrangeas, pink and cream roses, white larkspur and hanging green amaranthus. Music was by organist Robert Lindley. Readers were Jennifer Cook, sister of the groom, and Kathleen Conley.

The bride, who walked down the aisle with her father, wore a sleeveless V-neck gown. The A-line skirt of tulle was embellished with Venice lace appliques and extended to the chapel train. She carried a bouquet of pink and cream roses, hanging green amaranthus, pampas grass, dried fan palms and white anthurium.

Matron of honor was Mary Dudley Garrison, sister of bride, and maid of honor was Jericka Battle, both of Little Rock.

Bridesmaids were Laura Hildebrand of Lafayette, Ind., and Megan Murphy of Ramah, N.M. They wore chiffon dresses in the shade blush and in the style of their choice. They carried a smaller version of the bridal bouquet.

Serving as best man was Spencer James of Little Rock, brother of the groom. Groomsmen were Liston Barber and Dominic Smith, both of Fayetteville; Michael McMurray of Little Rock; and Christopher Westfall of Boston.

Guests were seated by Ted Garrison of Little Rock and Billy Rauscher Hodges of Forrest City, cousin of the bride.

The bride is a graduate of Hendrix College with a bachelor's degree in educational policy. She is a math teacher at eStem Junior High.

The groom has a bachelor's degree in history, also from Hendrix, and a law degree from the William H. Bowen School of Law. He is a lawyer with James, House, Swann & Downing PA.

The couple will live in Little Rock and plan a wedding trip to Croatia at a later date.