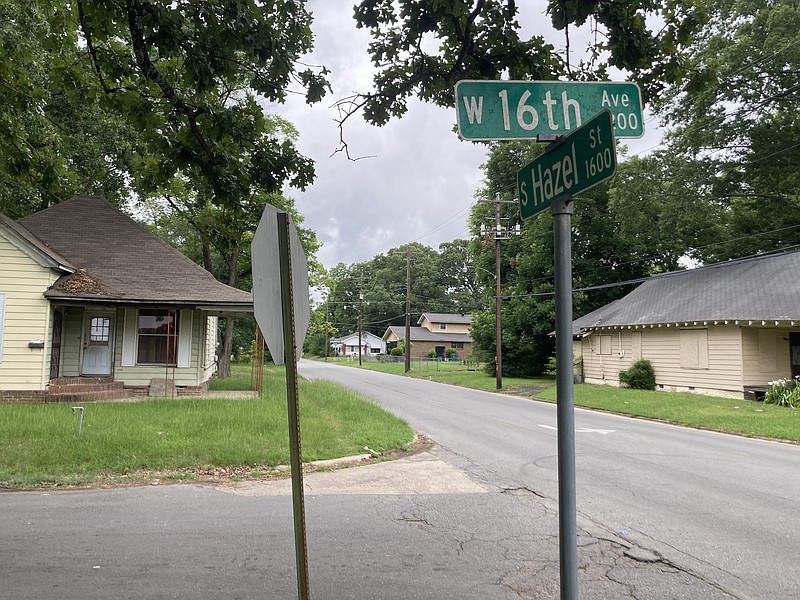 A 5-year-old was seriously injured early Sunday morning after being struck by what was believed to be a dually pickup truck, according to police. (Pine Bluff Commercial/Byron Tate)

A 5-year-old child was seriously injured after walking away from his stepfather's residence and then being struck by a pickup early Sunday morning, according to the Pine Bluff Police Department.

Police were called to 15th Avenue and Hazel Street about 2 a.m. in reference to a child being hit by a vehicle. The officers found a 5-year-old boy lying in Hazel Street between 15th and 16th avenues. He was seriously injured, police said, and was taken to Jefferson Regional hospital and then transferred to Arkansas Children's Hospital in critical but stable condition.

A witness told police a white dually pickup had struck the child and that the driver had not stopped.

Officers began knocking on doors in the area to locate the parents of the child, eventually finding them and determining that the boy had been left in the care of his stepfather, 45-year-old Eddie Jackson, in an apartment at 13th Avenue and Hazel Street.

"The child had at some point walked out of the apartment and onto Hazel street where he was struck by the vehicle," stated the police report. "Mr. Jackson has been arrested for Endangering the Welfare of a Minor."

The driver of the vehicle has not been located.