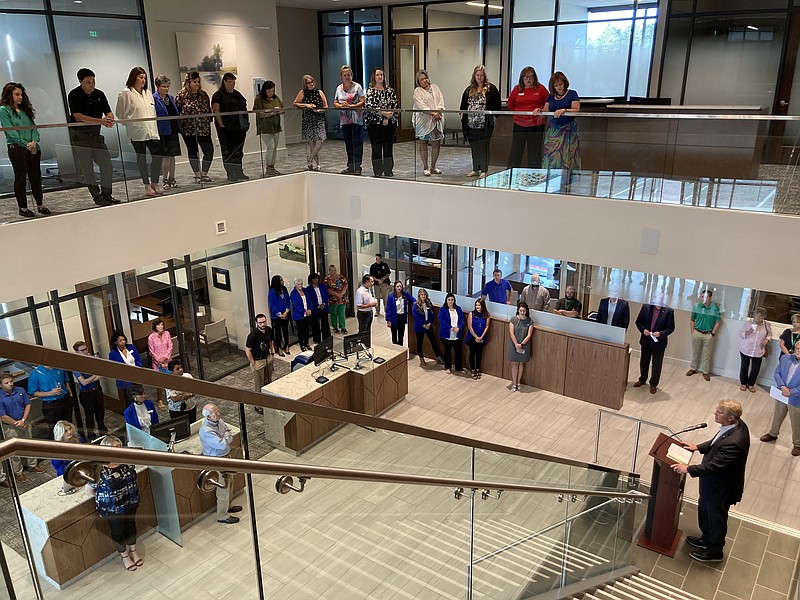 And with those words, Relyance Bank chairman and CEO Chuck Morgan signaled it was time to get to work.

Tuesday was momentous for the institution, once known as Pine Bluff National Bank. It was the first day of operation for the new headquarters in White Hall, at 8500 Sheridan Road.

Adding a bit of levity to the short opening ceremony, Morgan apologized for having employees work over the holiday weekend, including on July 4, in order to get the doors open the next day.

That drew laughter from the dozens of employees who stood in the expansive lobby as well as on the second floor looking down on the proceedings.

Morgan said some employees shed tears over leaving the old location at Ninth Avenue and Poplar Street in Pine Bluff, which had been the bank's home since the 1960s. And some, he said, were excited to move to the new building, which, at 40,000 square feet, dwarfs the Pine Bluff office.

"I could hear every conversation that went on in the bank," he said, referring to the old facility's original design from decades ago. "In the loan department, we could hear what the customer's income was, his Social Security number, everything. That tells you where we've come from."

Morgan and bank president Scott Pittillo laid the bank's past growth and its future prospects at the feet of their employees.

"Everybody in here is responsible for the foundation of this new building," Morgan said. No matter how long you've been here, whether it's 30-plus years or six months, you are responsible."

Said Pittillo: "We are the strength of this organization. It takes everyone, the roots and the leaves. This is our home, and I want us to be proud of it. Family, that's what makes us special."

"Let's not stop here," he said. "In four or five years, let's celebrate another milestone."

Making the first deposit to the bank was John Garrison, who came to work in the late 1970s and retired as CEO about a decade ago but who is still on one of the bank's boards.

Pittillo read from a bank statement of condition that he said Garrison left him that was dated 1974. At that time, the bank had about $10.5 million in assets, Pittillo said, adding that the bank would make loans in excess of that at its weekly loan approval meeting.

Today, he said, the bank has close to $1.2 billion in assets.

Kenny Bonds, a retired farmer who has been on the bank's board for many years and who conducts a Bible study class, was asked to bless the bank. He read two verses from Colossians and then asked God's blessing on the bank and its employees as well as God's guidance to allow the bank to become "a beacon of light, of strength and of assurance."

Employees slowly filtered out of the lobby and toward their offices and workstations, with some departments and work-mates gathering in the lobby for photos.

Donna Fugitt, an accounts payable coordinator, said she was very excited to be working at the new facility.

"I think it's fabulous," she said as she made her way down the hall to her work area. "It's just beautiful."

And even though Judy Chambers, an administrative assistant in the wealth management department, has been with the bank for just three weeks, she found herself a bit starstruck at the difference between the two buildings.

"I got here just in time to start the move," she said. "The other location is small but family-sized. This is like going from a rural area to the big city. I can't get over how pretty it is." 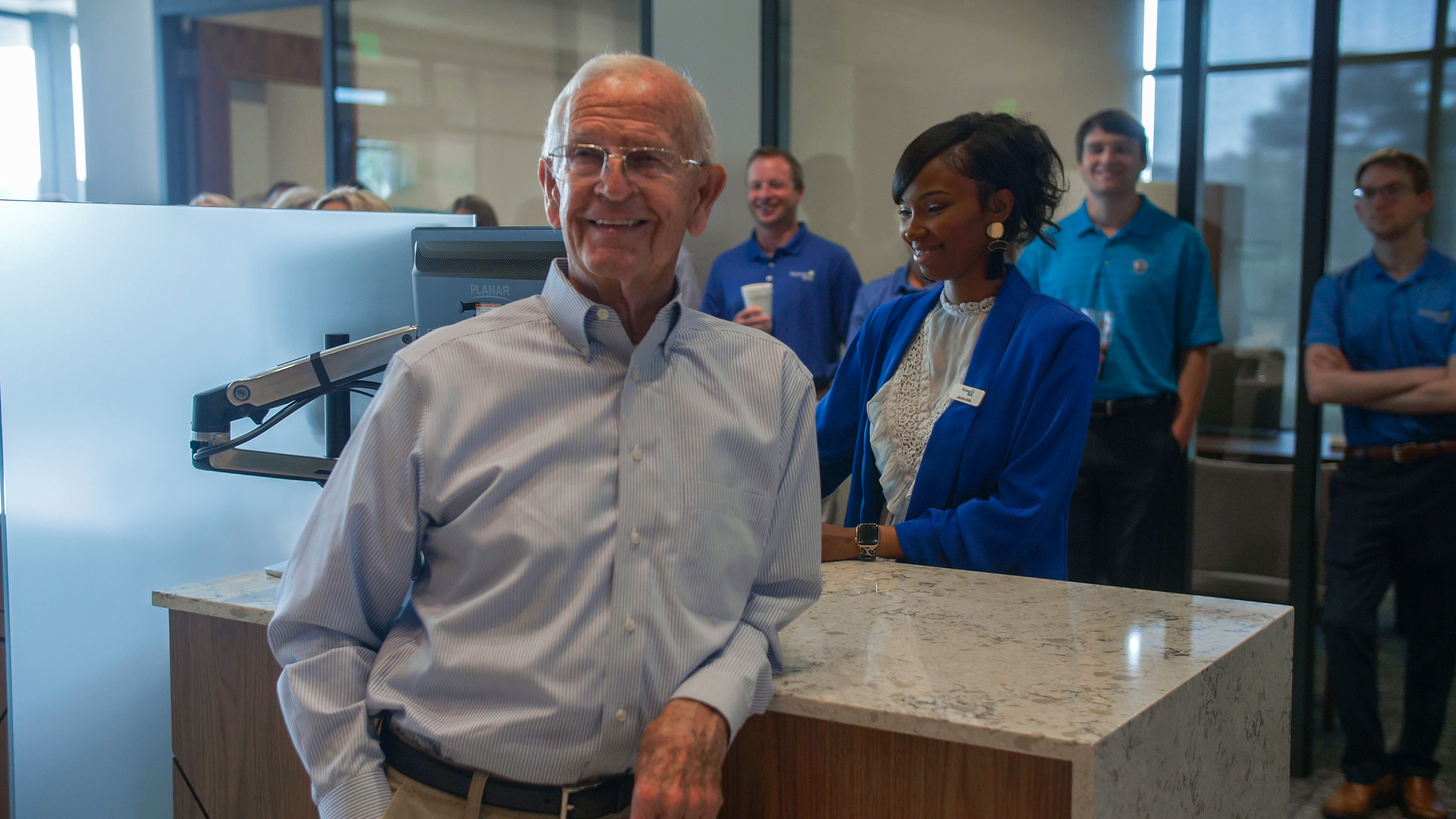 John Garrison, former CEO of Relyance Bank, made the first deposit on Tuesday morning as the bank opened the doors at its headquarters in White Hall. (Special to The Commercial/Travis Mosler)