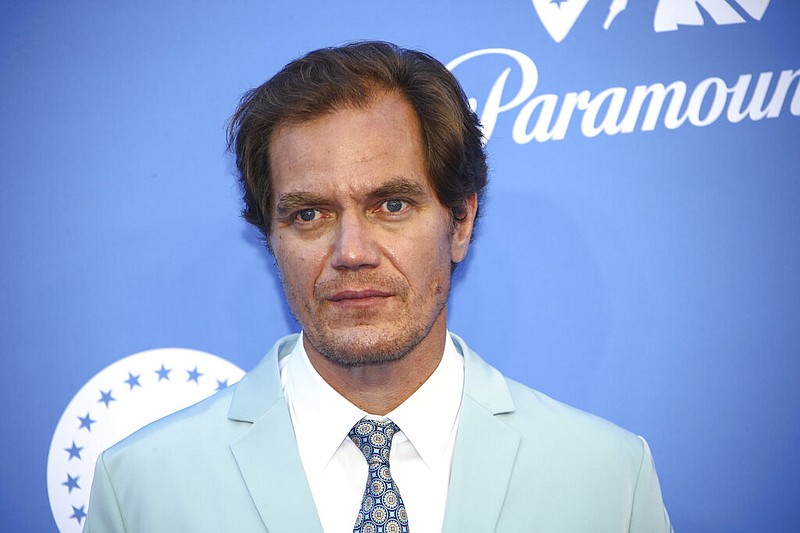 Michael Shannon poses for photographers upon arrival at the United Kingdom launch of the streaming service Paramount+ in London in this June 20, 2022 file photo. Pre-production for Shannon's directorial debut, "Eric Larue," was moved from Little Rock to Wilmington, N.C., after Arkansas certified a law that makes abortion illegal in all instances except when the mother’s life is at risk in a medical emergency. (Joel C Ryan/Invision/AP)

Some Arkansas film industry workers are concerned they're going to have fewer work opportunities as a movie that was set to film in the state canceled in protest of Arkansas' abortion policies.

Following the U.S. Supreme Court overturning Roe v. Wade, Arkansas Attorney General Leslie Rutledge certified a law that makes abortion illegal in all cases except when the mother's life is at risk in a medical emergency.

Shortly after, actor Michael Shannon moved the location of his upcoming film and directorial debut "Eric Larue," which was set to begin preproduction in Little Rock this week, to Wilmington, N.C., according to communication Tuesday from film producer Sarah Green to the Arkansas film commissioner.

Hair and makeup artist Kristy Pruitt, who has worked on Arkansas films for almost 30 years, said local filmmakers have advocated for decades for the state's current film incentive. According to the Arkansas Economic Development Commission website, production companies that meet certain requirements may submit an application and earn a 20% rebate on all qualified production expenditures in the state with an additional 10% for below the line resident labor.

"I was just putting all these movies in my schedule, and prepping and getting ready and signing NDAs and deal memos," Pruitt said. "Now, here I am scared, [thinking] 'Who else is going to pull out? How can I plan my summer? How can I plan my fall? How am I going to go into the next year, and how long is this going to last?'"

As someone who was hoping to work on the film, Pruitt said she didn't foresee the movie canceling. She said starting last year, she was riding the wave of increased opportunities to work on movies in Arkansas. To Pruitt, hearing the news that Shannon moved his film felt like "having the rug pulled out from underneath [her] feet."

Also, because her work is freelance, Pruitt said she is just now financially recovering from the pandemic. She said having a project like this one drop last-minute can cost her anywhere from $6,000 to $10,000 out of pocket, depending on the length of filming.

Pruitt said it's frustrating and scary that she's worked on films her whole life, but she can no longer choose whether or not she gets to do this movie. She said that decision has been taken away from her.

Christopher Crane, the Arkansas film commissioner, said he is not typically able to comment on circumstances concerning why an economic development project chose not to locate in the state, but his office commented that Arkansas has a strong workforce skilled in film production and said its workers are in high demand across the state.

Chelsea O'Kelley, the Arkansas Economic Development Commission director of communications, said in an email to the Democrat-Gazette that the group is confident there will continue to be opportunities for film industry workers to utilize their skills on other projects.

"Arkansas is an excellent place for filmmaking with its large arts community, its naturally diverse landscape, its expansive hospitality industry to serve and house cast and crew, its strong workforce and crew base, its homegrown talent and its support from local and state officials," O'Kelley said. "Arkansas Film Commissioner Christopher Crane has a proven track record of showcasing just how much Arkansas has to offer the film industry and working to keep, attract, and grow a dynamic film and production industry in our state."

Kristin Mann, a film producer who moved to Arkansas last year, said her upcoming movies will stay located in Arkansas. She said she's fortunate to be in a decision-making role and hopes to bring films to the state to make an impact on her community, which includes providing jobs for industry workers in the state.

Like Pruitt, Mann said she's been fighting to bring movies to Arkansas. While this is already a challenge, she said, the abortion ban makes it harder. Mann also said any industry hoping to bring more business to the state could face similar challenges due to abortion policies.

"I'm not surprised that this has happened," Mann said. "We're living in a state of the world where people have strong opinions about things. If they can take their business elsewhere, where they feel people are safer, then they will."

Arkansas Gov. Asa Hutchinson said that the U.S. Supreme Court has decided the question of abortion should be left to the states. He said Arkansas will protect life.

As other states will make their own decisions on abortion, Hutchinson said, companies have the right to decide where they do business.

"Arkansas has a robust economy and a growing film industry," he said Wednesday through his spokespeople. "I believe the state will continue its economic growth while protecting life."

"I understand this is a protest, but it feels performative, and it's literally taking jobs away from women who practically run the film industry in Arkansas," Jukes said.

Jukes said actions such as offering support to women in the Arkansas film industry who might need out-of- state reproductive care or sending letters to state leaders would help more than backing out. She said it's exhausting that people, mainly men, with power are deciding the future of women in the state's film crews.

Costume designer and supervisor Alex Flanders also said there are better ways to protest the state's abortion ban. She suggested that directors like Shannon could come to the state and film, but also speak out while they're in Arkansas.

"If the governor says, 'Hey, can I get a photo op on set,' say, 'No actually, because we don't agree,'" Flanders said. "Stay with us instead of pulling away and abandoning the filmmakers here and the production crews here."

Ashlie Atkinson, an actress originally from Arkansas who now lives in New York, posted on Twitter about filmmakers and producers pulling their projects out of states that have outlawed abortions.

She said while Shannon's decision might sound like protest, it's actually depriving women-led crews of work in states being governed by lawmakers who don't listen to them.

"I'm down here with my furious feminist friends who are having their reproductive rights denied, but are now also losing jobs and opportunities that ultimately can make the difference in what resources are actually available," she tweeted. "If your protest plan includes abandoning people in the South, you aren't really interested in the rights of women or Black and brown people."

However, she also told the Arkansas Democrat-Gazette she understands that deciding whether or not to keep filming in Arkansas is a difficult and nuanced choice for directors like Shannon to make.

Atkinson said directors are individuals who care about the people working on their films. She said she acknowledges the impact filming in Arkansas might have on industry workers who will now have to disclose their abortions to production and travel out of the state if they need reproductive care.

"I understand not wanting to put people in that position," Atkinson said. "That being said, that is a temporary situation for a crew when that is the lived experience of millions of women in the United States now."

Sarah Nichols, who works in costuming Arkansas films, said most of the people in the filmmaking community don't agree with the Supreme Court's decision.

She said rather than abandoning Arkansas because of the trigger law, more good would come from keeping the film in the state, creating jobs for the people who are "here trying to make it better."

"Arkansas is a beautiful place," Nichols said. "There's so many talented filmmakers here, and it's just a shame to pull projects out because of laws we're trying to change ourselves."