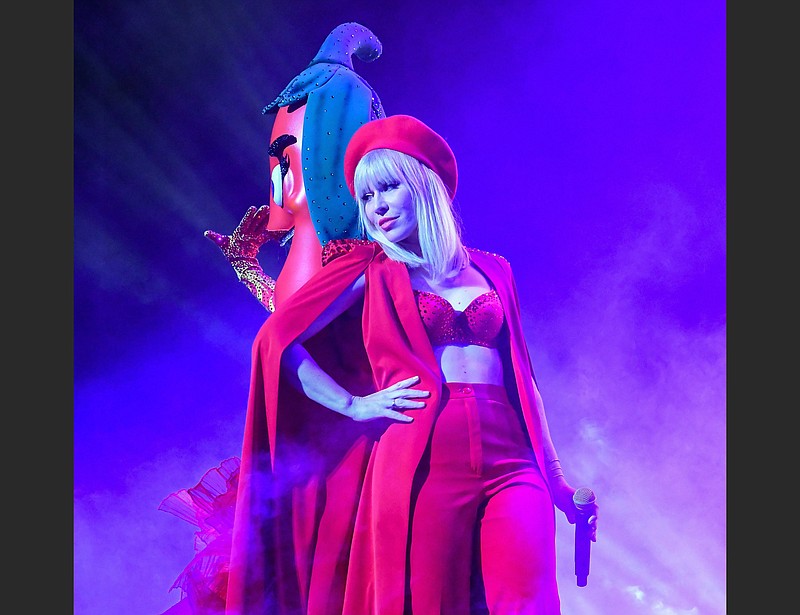 Natasha Bedingfield (above, with a character) will serve as host of "The Masked Singer National Tour" when it stops at Simmons Bank Arena on Saturday. (The Review Junkie/Joe DeSantis)

Simmons Bank Arena will be full of characters at 8 p.m. Saturday when "The Masked Singer National Tour" stops in North Little Rock with celebrity guest hosts, dancing, singing and former contestant Natasha Bedingfield serving as host. The show, based on the popular television show of the same name, will feature a local celebrity in one of the wild costumes that "masks" their identity. The audience gets clues throughout the performance to try and guess who the local star is. Tickets available at themaskedsingertour.com.