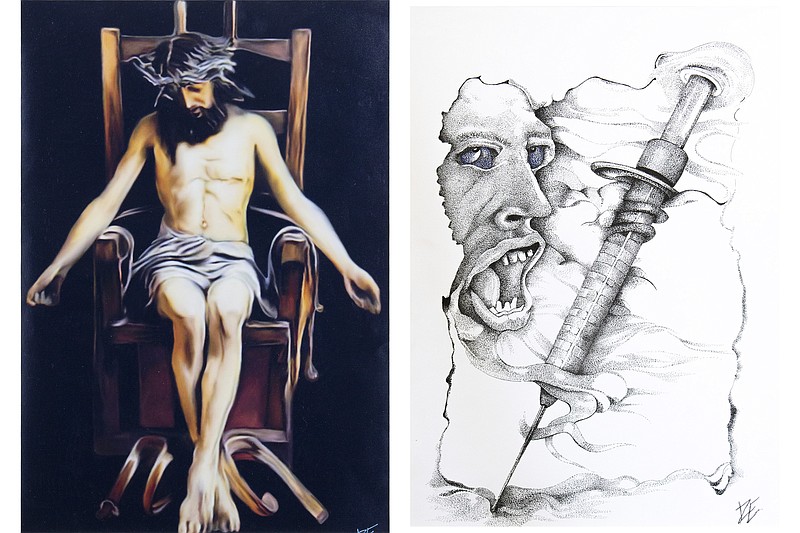 “Jesus” and “Needle and Skull” by Kenny Reams are part of “Transcending Stereotypes,” on display starting Friday at Little Rock’s Christ Episcopal Church. (Special to the Democrat-Gazette)

"Transcending Stereotypes," works by Kenny Reams, goes on display with an opening night reception, 5-7 p.m. Friday in the Parish House Gallery at Christ Episcopal Church, 509 Scott St., Little Rock. Reams, convicted of capital murder at age 18 and who has spent the last 25 years in solitary confinement, "has pushed back the walls of his cell to become a painter, a poet, the founder of a nonprofit, and an art event organizer — while fighting at the same time for justice," according to an artist's statement. The pieces will be for sale through September; gallery hours are 9 a.m.-noon Sunday. Email renie@sbcglobal.net.

Instructor Chelle Moore will help participants, using collage techniques to assemble their own set of four unique coasters using cutouts from magazines, clippings, words, "fun papers and more" in a "Collage Coaster Workshop with Chelle Moore," 1-3 p.m. Saturday at the Arts & Science Center for Southeast Arkansas, 701 S. Main St., Pine Bluff. The workshop is limited to 12, age 21 and older. Cost is $35, $25 for center members. Register at asc701.org/adult-classes or call (870) 536-3375.

Harding University's Searcy Summer Dinner Theatre stages "The Musical Comedy Murders of 1940" by John Bishop, 7:30 p.m. today-Sunday and July 14-16 in the university's Ulrey Performing Arts Center, 409 S Remington St., Searcy. Chartwells Catering is providing a buffet dinner at 6:30. The show centers on a auditions for a Broadway musical that became infamous when three dancers in the show were murdered by a killer dubbed "the Stage Door Slasher"; as the new cast rehearses, a snowstorm rages, phone lines are cut and the electricity goes out and it appears the Slasher is among them. Tickets are $35; there are a limited number of $20 show-only seats. Call (501) 279-4276 or visit hardingtickets.com; for more information, call (501) 279-5315 or visit harding.edu/ssdt.

Chad Bradford is the new managing director of the Arkansas Shakespeare Theatre, based at the University of Central Arkansas in Conway. While maintaining an acting career, Bradford, a UCA graduate, served as associate artistic director and founding company member at Shake on the Lake Theatre Company from 2016-22 and was touring director and manager for Arkansas Shakespeare Theatre from 2006-19 and a company member for nine seasons.

Comedian Zach Hayes hosts "ART WORKS Presents: Comic Relief," an improvisation open-mic event for performers 16 and older, 6-8 p.m. Friday in the Adam B. Robinson Jr. Black Box Theater at ART WORKS on Main, 627 S. Main St., Pine Bluff. Attendees can win door prizes. Beer and wine will be sold to patrons over the age of 21. Soft drinks and snacks will also be available. Admission is $10, $5 for members. Call (870) 536-3375 or visit asc701.org.

Wildwood Park for the Arts, 20919 Denny Road, Little Rock, is holding auditions for adults for "Oliver!" (music, lyrics and book by Lionel Bart) and "Monty Python's Spamalot" (music by John DuPrez and Eric Idle, book and lyrics by Idle), by appointment, 5-10 p.m. July 18 in the park's Cabe Theatre.

The Central Arkansas Library System holds its second 2022 Friends of CALS Used Book Sale, 10 a.m.-6 p.m. Friday and 10 a.m.-4 p.m. Saturday in the basement of the Main Library, 100 Rock St., Little Rock. Most books are priced at $1 for paperbacks and $2 for hardbacks. Book totes will also be sold. 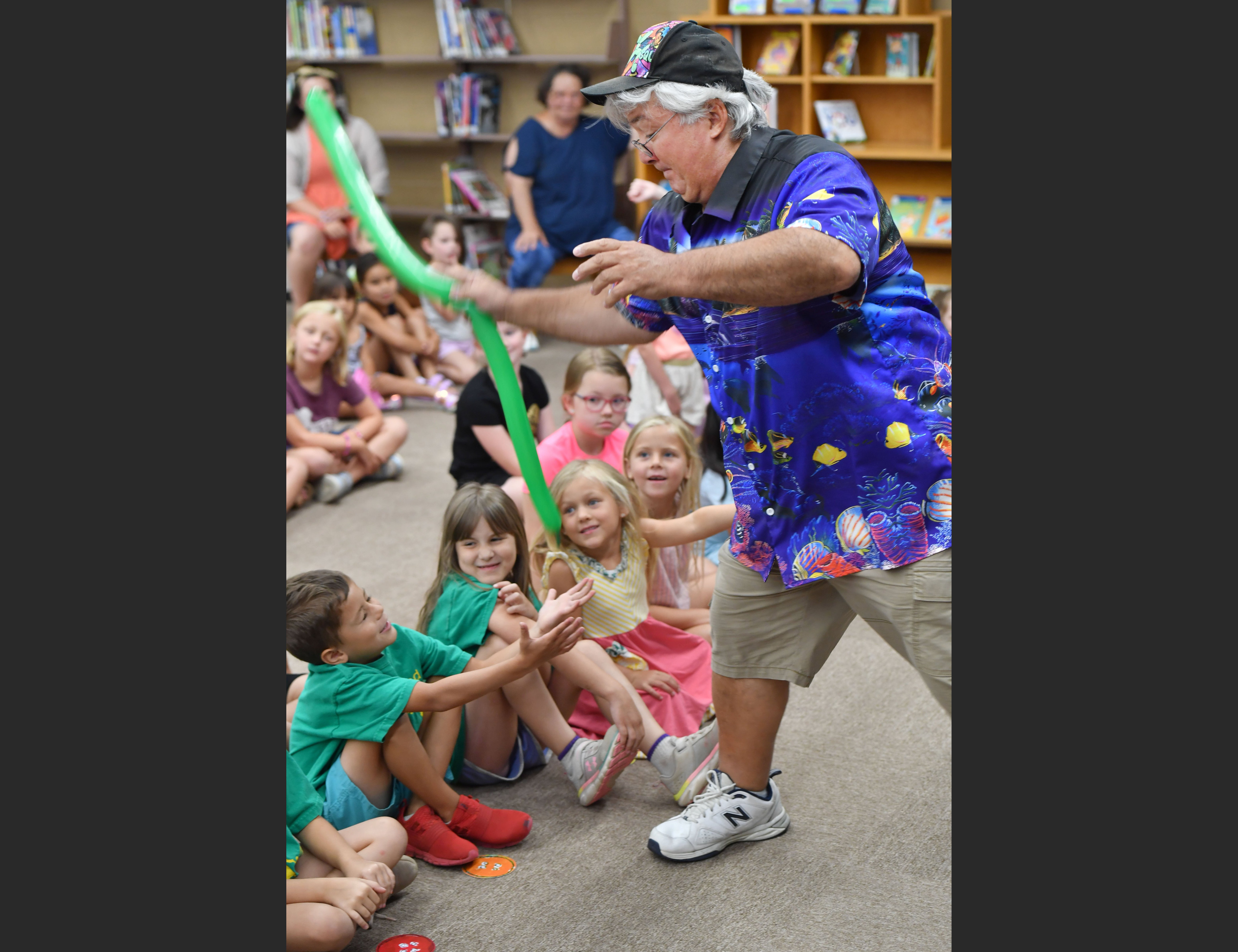 Historian John Kirk will discuss his book "Winthrop Rockefeller: From New Yorker to Arkansawyer, 1912-1956," including his findings from the 12 years of research he conducted while writing the biography, 9 a.m.-noon Aug. 13 at the Winthrop Rockefeller Institute, atop Petit Jean Mountain, 1 Rockefeller Drive, Morrilton.

Historian and journalist Rex Nelson and Janet Harris, the institute's executive director/chief executive officer, will join him in a look at Rockefeller's childhood, education, work in the oil fields, military service, first marriage and the birth of his only child, Winthrop Paul Rockefeller. Kirk will also sign copies of his book.